How to Confine Particles to a shape?

I create a sphere for my particles and set the material for the particles to “halo”.

Here is an implementation that does not allow collecting of particles at the bottom, but it does keep the particles inside the sphere. Kind of like a Snow Globe.

Here is another variation as well. This variation collects particles at the bottom, but the collisions are not perfect. 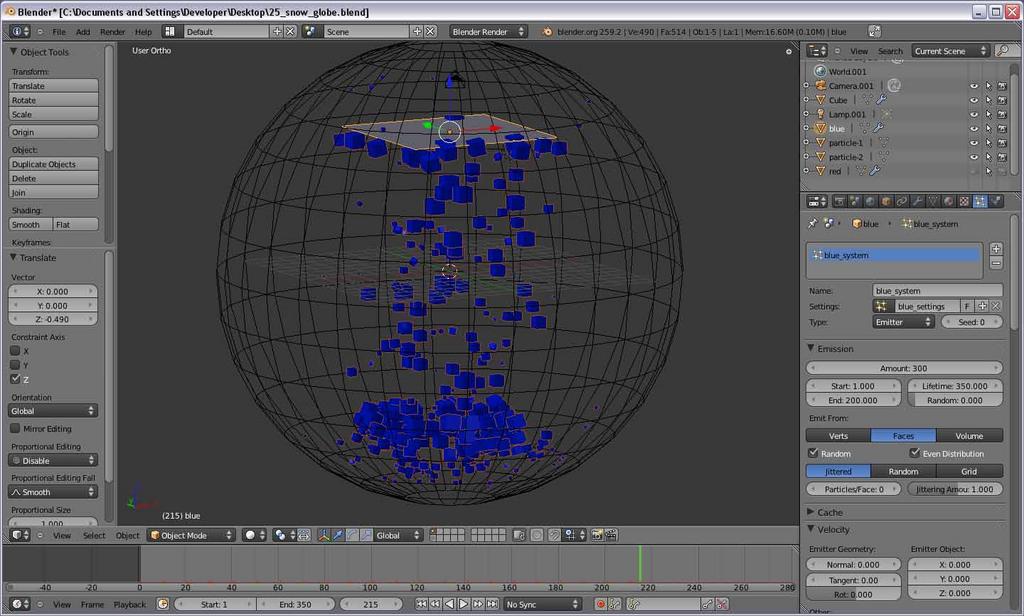 Atom, hey thanks so much for these. The first one you posted was exactly how I set mine up but i noticed in your file and in my file some of the particles still pass through the bottom of the sphere instead of being killed on contact. I don’t know if this is a bug or something else. I will try to do a short animation to see if they “leaky” particles are rendering too.