How to connect separate objects?

I’m working on a human model, and need help figuring this out: How do i join objects so they’re connected, but can still move without the other ones, like joints do? Am i doing this wrong and you do that part later, or what? 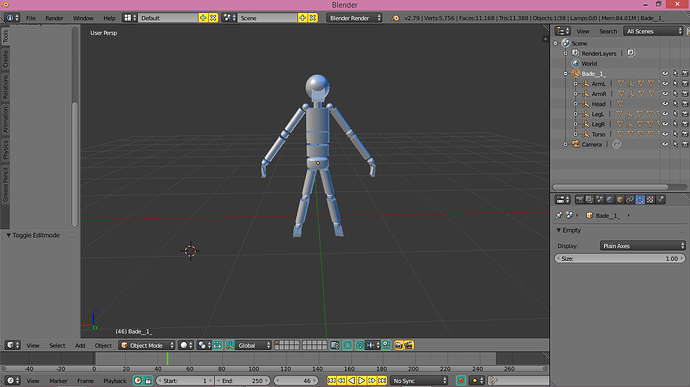 There’s three ways a mesh model can be constructed:

Joining objects puts the mesh from the selected in the active one, and you have separate meshes inside one object. You can move those meshes separately in edit mode by selecting (select linked) and moving normally.

Typically such model would use an armature to move the parts. If the separate parts are non-deforming, rigid, they could be parented directly to the bones as separate objects, or use vertex weights and have mesh weighted to each bone when they’re in one object. They don’t have to be in one object with vertex weights, but cleaner that way.

Deformation happens when vertices are weighted to two or more bones.