How to create a quadball

I’m following a tutorial, and I don’t know how to create the type of ball shown in the graphic below in Blender (I had to click on the graphic for the entire image to show). I tried adding a Sub-D modifier, but it leaves the edges pointy rather than smooth. So does subdividing. Thoughts? Thanks for your help! 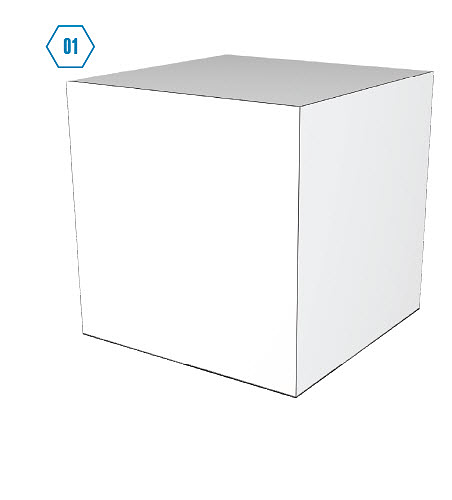 To get it look really smooth you need a few levels of subdivision (3 or 4 or so) with the subdiv modifier. Also enabling smooth shading for the mesh (Mesh->Shading>Smooth Faces).

You can get what you see in the tutorial as follows. First, as omgold suggested, change the shading from Flat to Smooth. Second, add a 1 level subsurf modifier, but don’t apply it yet. Third, in the subsurf modifier header, click the inverted triangle icon so the edit cage shows the modifier result. In the first attached image, the icon (circled in red) is off. You need to switch it on. Once you do, you should see what is shown on the left in the second attached image. To match the second image in the tutorial, apply the 1 level subsurf modifier, then add another 1 level subsurf, but don’t apply it. Make sure the inverted triangle icon is on. You should then see what is shown on the right side of the second attached image. 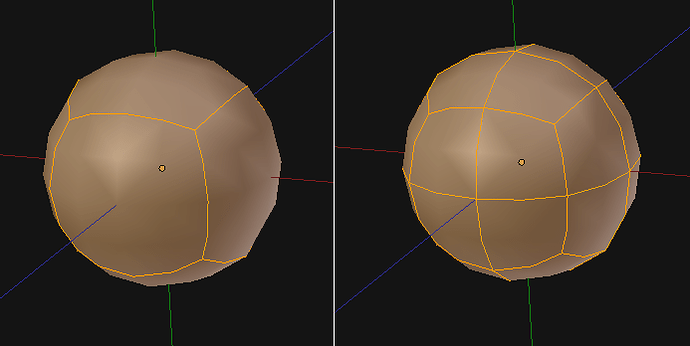 Great! Thank you both for your help!

Hello, another solution to the quad ball would be…
First add a high poly uv sphere of the same diameter as the cube which will be used when shrinkwrapping the quad sphere
Then add the cube with a subsurf modifier and add the shrinkwrap modifier to the UV sphere and you will be able to change the subsurf level dynamically without the shape of the sphere changing.
Cheers
And good luck on your projects

Thanks for everyone’s help! I ended up doing the following, which got me pretty close:

Enable the Extra Objects plugin so I could add the Rounded Cube. Changed Divisions>Arc to 2.In Edit mode, I added a Sub-D modifier and turned on the “On Cage” option. Changed the object’s shading to “smooth shading.”