How To Do Eyes?

How would you put eyes in this character? You think a lattice-deformed sphere? I plan to animate him, so that needs to be considered. Suggestions?

(P.S. – It’s kind of a “possum” critter, for those wondering. I still have to do the teeth and everything.)

If it’s me, I always model the eyes separately, then join them to the main mesh. Then, I select the eyes, and make them a separate vertex group.

I’m very sure that’s not the best way to do it, but it always works for me. I always model a hole/two in the head, then add the eyes, then position them as a separate group. I’ll try to get pictures

I guess one eye with two pupils, since you have gone for a cartoonish style that does not separate the eyes. Then rig the pupils only.

yup! do what yoff says!

Well, I played with it and ended up doing it with two spheres. I still have eyelids to do, but we’ll see if this works. I just seemed that it’d be easier to rotate the eyeballs around if they were perfectly round.

I’ll still take any suggestions because I may end up redoing it if this doesn’t work!

you could always use the “cars” technique, where there’s two irises on one flat surface.

here’s a blend i came up with, maybe you can study it and see how it works. to move the irises around, move the two Emptys that’s directly behind each one.
http://www.hammerdave.com/misc/flatEyes.zip 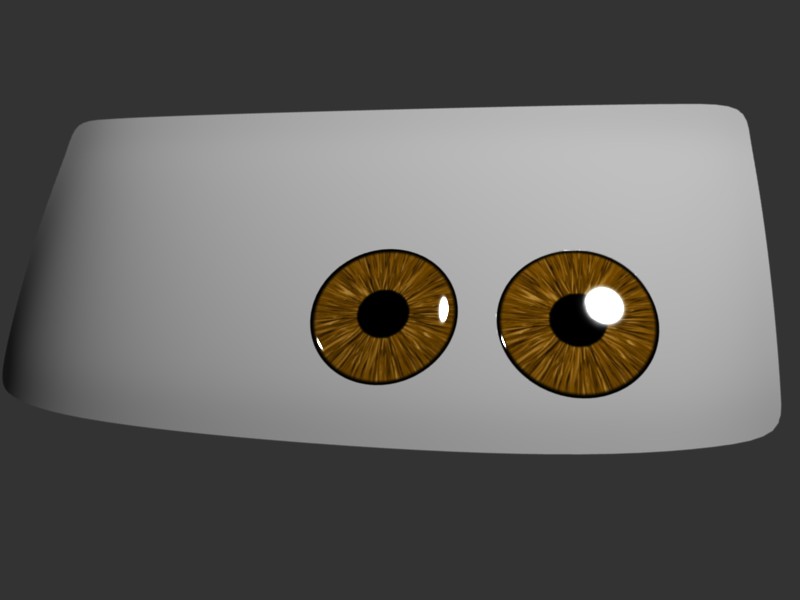 Thanx, Ward! I’ll definitely have a look at that! It might make something I’m thinking about a little easier…