How to export a *pose* model as an obj? I'm trying to create a model of a FIST

Ok…from what I heard it is almost impossible to create a fist without the help of bones,rigging, and posing… The problem is that I want to export the pose fist as an obj(or any other 3d file to use in my game)…But when I try to export it it return to it original state…

Posed rigging will not save as an .obj. Only the original mesh will be saved. (I don’t know about other formats. Carrara might save poses, but it doesn’t accept blender files as far as I know). It should be relatively easy to make a closed fist only with mesh. It depends on how much detail you want, but make a hand and then move the fingers into place. This is assuming you always want the hand to be in a fist. Once there, without rigging or re-modeling, it will be a fist forever.

Ok…from what I heard it is almost impossible to create a fist without the help of bones,rigging, and posing… The problem is that I want to export the pose fist as an obj(or any other 3d file to use in my game)…But when I try to export it it return to it original state…

I swear I have been able to export meshes in a pose. Because I was actually a total noob to Blender and got the first model I wanted to learn with in the middle of an animation. I wanted to rig in DAZ, thinking it might be easier, since I just had to pose it for artistic reference at the time. Anyway, I didn’t know about layers, pose mode, alt+G, alt+R, or any of that… so the model was being animated in a walk cycle, I would export and whatever frame it was on, it would be an obj in that pose. I have come a long way… lol, but I am still a beginner on all levels of working with Blender. So I may not even be understanding your question. I may not even be able to repeat what I was doing before anymore. But I hope I could help, and that I understood what you mean.

When you export ensure you have the ‘Apply Modifiers’ option enabled in the obj export settings so it applies the armature modifier on export. 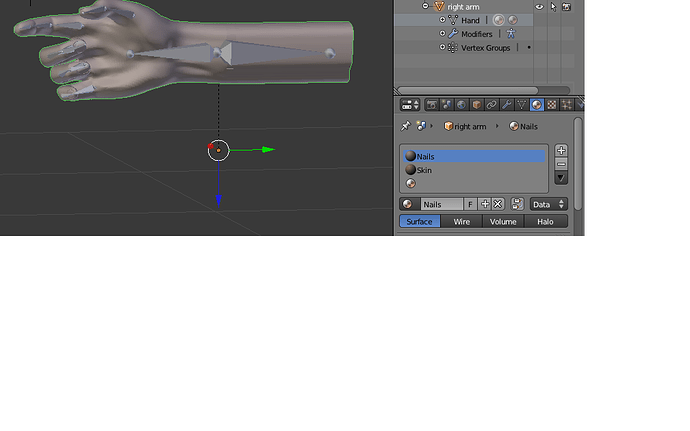 the materials depend on the render engine. If you make materials in blender, they won’t work perfectly in Maya, because they use different render engines. It would only approximate the materials, if anything, if you take it to another software. You have to create the materials in the software you are rendering from. Textures you can use the same in several softwares, because it only depends on the UV unwrapping which is easily imported with the object. But then again you’d still have to give it the right material.

exactly the kind of bs answer that frustrates beginners and only serves as a “do the thing the way you would if your job was modeling.” some people are also just having fun.