How to get more light under the translucent leaves of trees

A strange title a bit, but hopefully it makes it clear already.
I am testing translucency in Cycles and made this render; While I use 32 bounces for transparency and transmission, it looks like only the first layer of leaves show the effect of translucency. Ofcourse I expect more and more shadows deeper into the plant, but this shows up to dark. In real life (and when I check references on the internet) I see there is more light inside of the plant.

Could this be a characteristic of Cycles like “It’s hard to get light into the scene in Cycles”, or could it be rendersettings / material settings? Here an example of what I expect a bit (Well that looks a bit exaggerated, but you probably know what I mean): Any Idea what is going on?

Here a test with the leaves, 5 behind eachother, and behind that a light source. Pretty sure that the material is designed well: I expect that 5 leaves behind eachother in real life won’t let much light through as well: 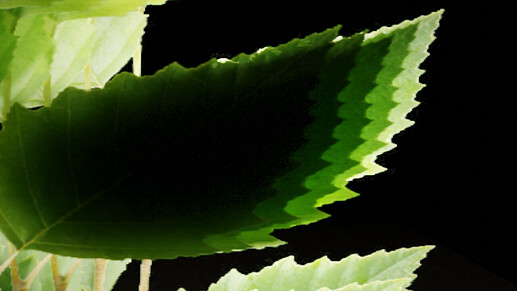 But the next render with the same leaves doesn’t look natural and I think the material is good, but it’s a characteristic of cycles: 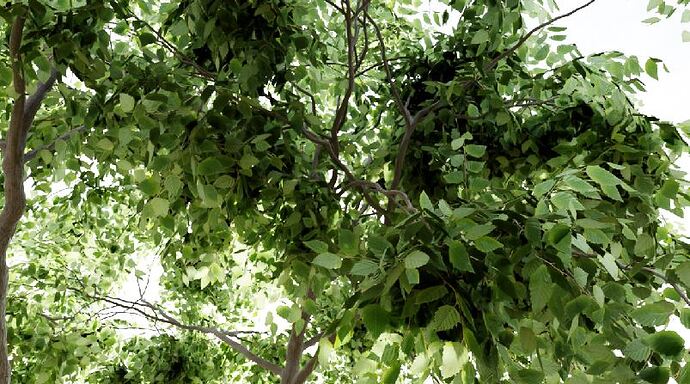 Update: here I had a bad mix with diffuse/translucent. Diffuse was possible off.

Hi,
I did a test and yes, the translucency seems to be locked to maximum 13 transmissions. I never noticed that. If there is a way to change that, I don’t know it, sorry.
But you still could fake your way around that with a shader mix node with the Tanslucent shader and a Transparent shader as input. Then you cranck up the Transparency Samples.

Maybe it’s just the exposure, which can be adjusted in the “Render Properties tab >> Film panel” or you do it in post, in the compositor with a color correction node.

this material setup is a bit old, but if it suits your needs: Need leaf material that shows that yellow shade in the light - #9 by shajuke

Basically the same material setup, using the Translucent node and Principled BSDF with a Shader Mix on 0.15 for the factor (what ever looks good to you) https://blender.stackexchange.com/questions/173663/best-practice-and-method-for-transparency-with-leaves

@BOBtheROSS that’s awesome, I will check it in the weekends and post my findings.
It’s not the exposure, because the linear data was 0, I checked that. Didn’t know about the limitation of 13 transmissions, I hope it’s that.
Crank up Transparancy samples? Is that with the branched path / square samples? Or you mean transparency bounces?

Is it about light transfer though? In your image the sunlit grass in the background isn’t overexposed at all, nor is the sky. But in the reference photo the sky and sunlit ground is overexposed and even the stuff in full shade is brightly lit.

Ignoring everything else for now, I would just test with simple diffuse and translucency mix, and diffuse heavy - being careful you can also cheat and try to add them together. It’s okay to break the rules if you have reasons to. It lets you rule out any bad effects from caustics transfer and inverted normals on fresnel.

13 layers of translucency? I know sunlight is insanely strong but I don’t think it’ll be able to penetrate that.

First I would try simple materials, then adjust exposure. Also, are you sure the image is what the camera saw or was it’s level tweaked (low and mid tones increased) to make it more interesting?

I tested it out:
On the right you see two big leaves. The top one is just a diffuse and translucent shader, mixed 0.5.
The big leave at the right bottom is the developers shaders. (where I put the mix to 0.5, originally the diffuse was bit more mixed in at 0.7).
The sun (hdri) behind the tree has values around 45000 for each R,G,B before view transform.

Here the exposure on 0: 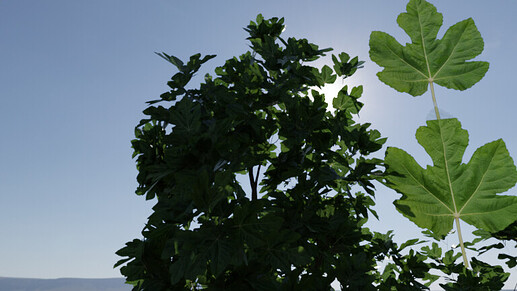 I think would bump up exposure to max 2.5 in this case: 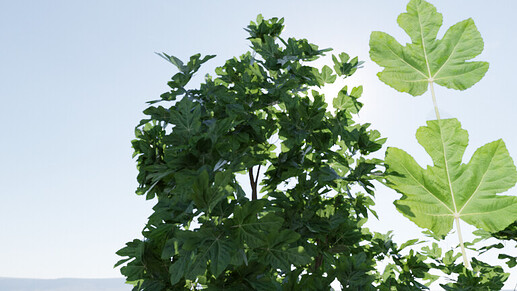 And the exposure on 5: 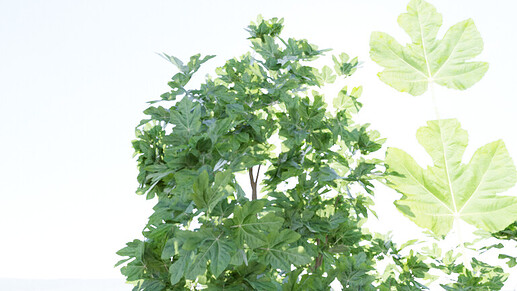 I will test some more and see if I can get that effect as in the real life picture. But as I look at the render with exposure on 2.5 I have the impression that Cycles (or probably other render engines as well) … that it’s hard to get light in things like corners, or where there is occlusion. I could be wrong, but when I look at trees in daily life, I can see what is inside the tree easily.

Or do the renders look normal, like… nothing wrong there?
Now I see the render with exposure on 5, I think you are right most likely.
Yes, looks like I was always scared of over-exposure.

And now inside the bush, a whole new world opens: 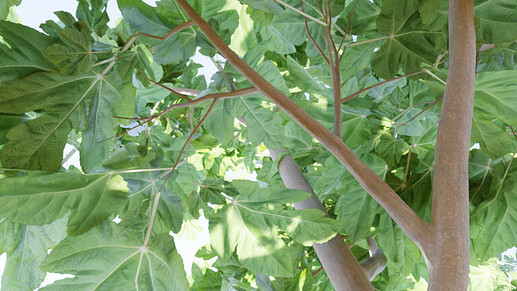 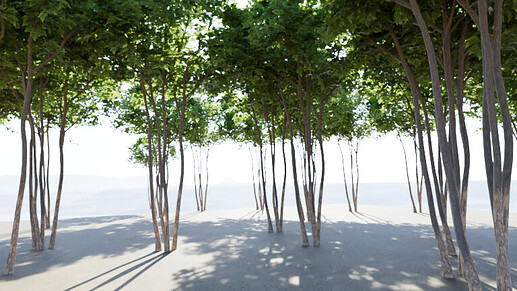 Translucency_Test_09768×432 146 KB
Background is very over-exposed, got some light under the leaves but also some spots are a bit to dark.

Update:
Less trees and now the sun from the left: 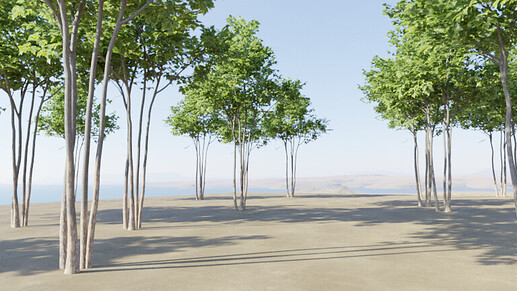 My conclusion now is that even with enough exposure, cycles has (or similar render engines) have problems when there is to much occlusion: it’s getting (nearly) black easily then.

So far the best I could get was this: 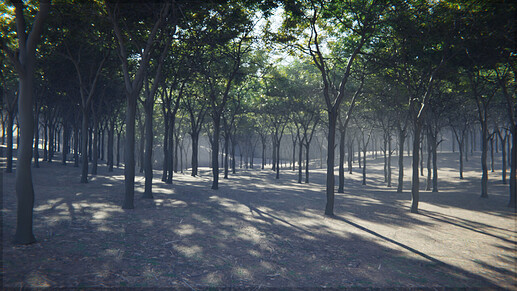 What I did was the following:

Still it’s not comparable to such: 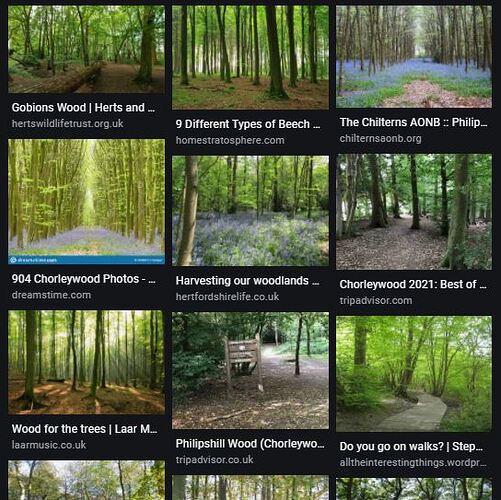 I would just like to thank you for sharing your findings @anon72338821 . Its very insightful!

Ik this is an old topic, but you can also increase the translucency strength by increasing the brightness of the colour that goes into the translucent bsdf: 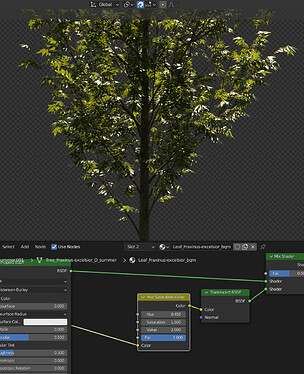 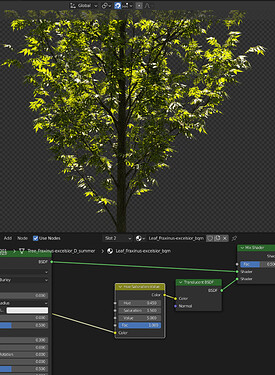 You can also try just changing the factor between the principled and translucent shaders so that theres more translucency overall.

Here is how ive been doing this for years, its insanely slow to render but can look really good when tuned. 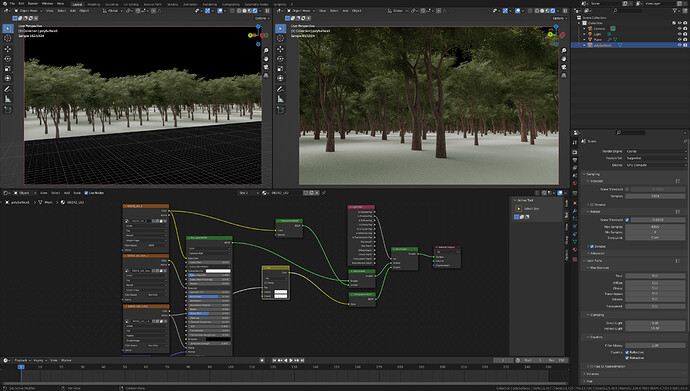 thats even better! i tried to replicate your node setup but i think i’m missing something. the apha on the lief texture is no longer transparent. could you tell me what i’m doing wrong? 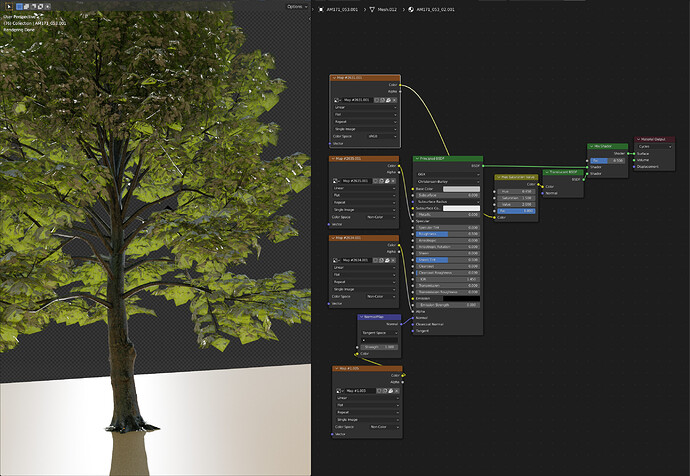 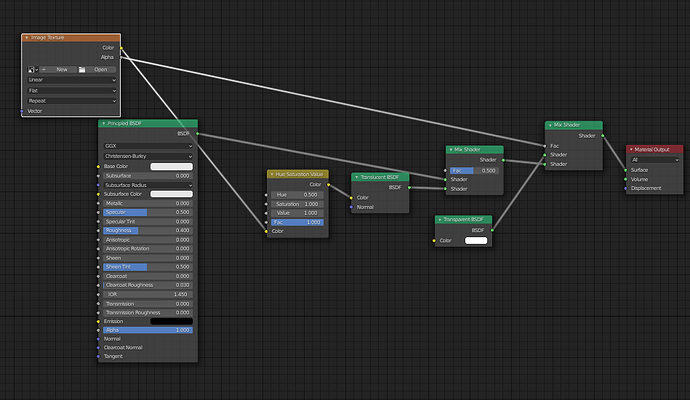 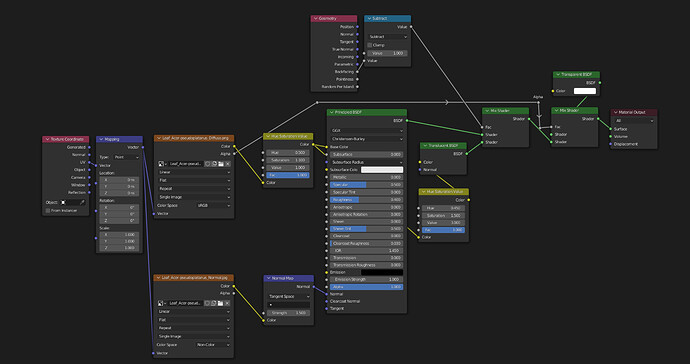 Thanks @jhon_don, copying those nodes gives me this result: 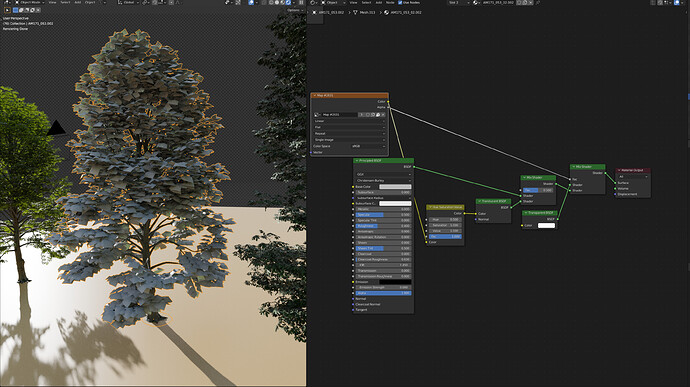 thanks @Strike_Digital,
copying your nodes gives me this: 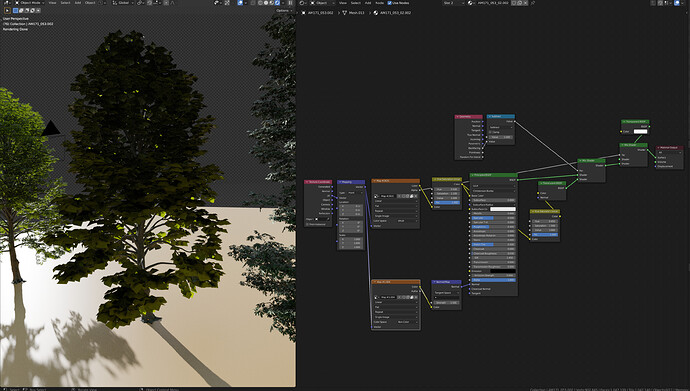 @jhon_don, i copied the nodes from @Strike_Digital and connected them to yours. looks like this: 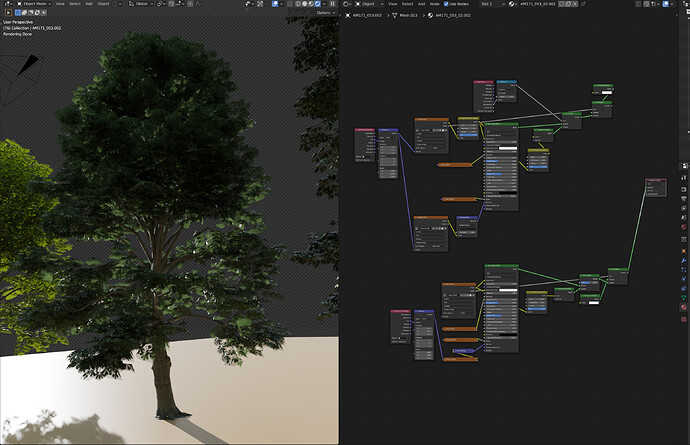 am i missing something thats concidered to be obvious? it seems like im almost there…
(btw, thanks for the help so far!)

Yep, instead of plugging the Alpha output of the image texture into the mix factor, use your alpha texture. I was only using that because the leaf texture I was using had transparency, so I could just use it’s alpha.
Also, you can still use the specular map in the same way you were using it originally