How to get rid of red-dash box?

Hi guys. How do I get rid of this red-dashed box? I don’t know how I created it but I think it has something to do with camera controls, so I looked around online and can’t seem to find anything related to it. I can work around it, but it’s just visually annoying. Please help me get rid of it.

This is a render bounding box, you created it with Ctrl+B. The same can be done in camera view with Shift+B, but Ctrl+B one acts on any view, not just camera (useful for Cycles). Ctrl+Alt+B gets rid of any such box.

I thought it might have something to do with the camera. Is it possible to hide and reveal it with a key combination? Because it normally doesn’t show, even when I create a render bounding box. It’s just this once that it revealed itself after I accidentally pressed something. New files that I create don’t have the bounding box appear, even if I use Ctrl+B to set the render parameters.

There aren’t any other key combinations except what Stan Pancakes mentions, but you might have pressed this button by accident: 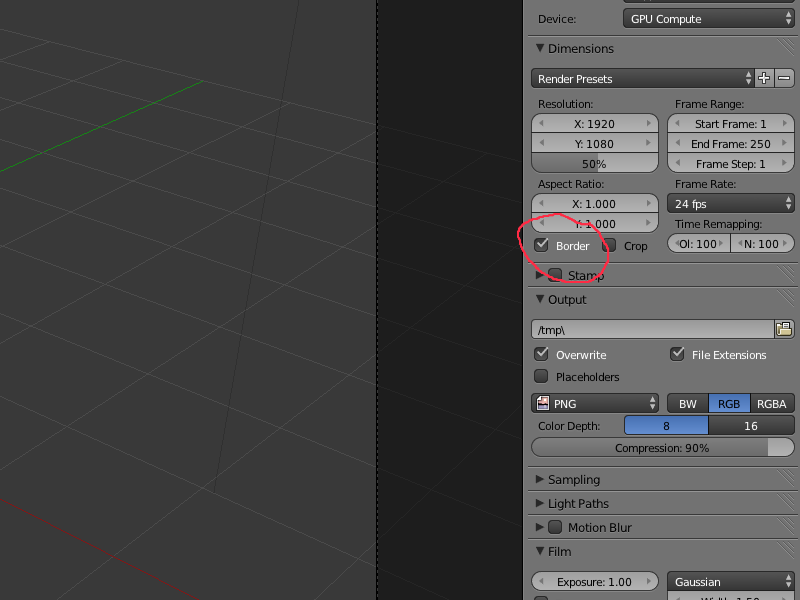 The bounding box will only appear when you’re in Camera View (numpad 0). If this box is unchecked then the red dashed box shouldn’t be there.

Thanks, guys. You’ve been helpful. I appreciate it.

Update: that doesn’t seem to have been it, Jamie. I’ll just put it down to a glitch, then. It’s gone now, whatever it was.

Thanks, guys. You’ve been helpful. I appreciate it.

Update: that doesn’t seem to have been it, Jamie. I’ll just put it down to a glitch, then. It’s gone now, whatever it was.