How to make a snake advance along a path?

Hello,
I want to make a broken helmet and a snake come out of one eye and into another.
It is the death screen of the warrior.

I suppose I need to move the bones along a path… but how to do this ? Can we move
bones individually ? (I don’t think so).

Thanks in advance,
Dimitris

the best way would be to use an animation. you can move the head and rotate the bones that follow it to stick to the shape and do it frame by frame, and use IK to make the job easier.
i just tried to make it work and managed to get something good by using 4 IKs, one at the tip, with 2 or 3 bones, then more IKs every certain number of bones, up to the origin.
for the scene you describe you just want the snake to follow a circular path, come out and then come in. 3 or 4 IKs would be enough. one for the head, one for the left socket, one for the right socket, and then move the tail bone by itself.
you would benefit from putting an object inside the helmet to act as a shade to hide the snake, a black shadeless mesh just inside the eye. that way you only have to animate the part of the snake that will be visible to the camera, and it will look better.

here’s a screenshot of what i did. the yellow bones have Inverse Kinematics (IK), the bones that are not attached to anything are the IKs (target). 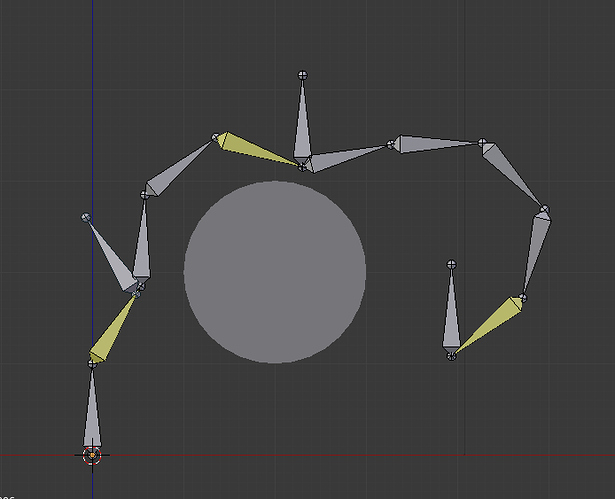 I’ll send you a demo I make a few years ago. It was for ”the legend of Cibola” never finished it. At work now but when I get home ill find it for you

its a shader it might be to complicated. heres some images. 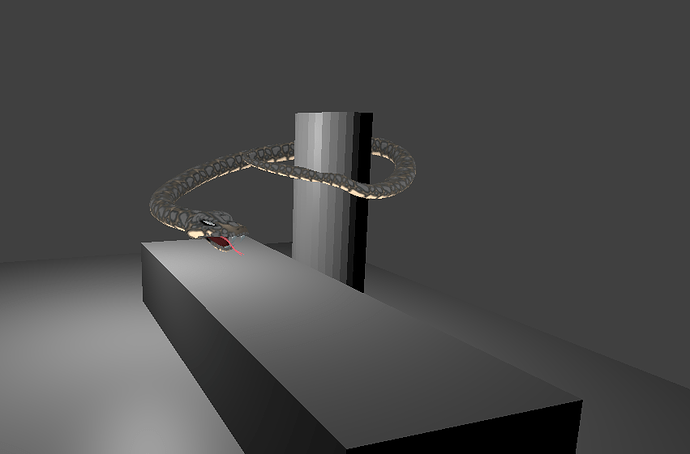 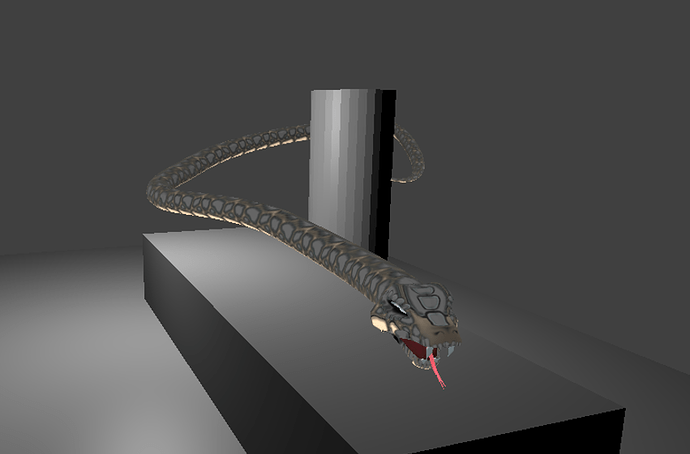 Sorry for not responding for some time, I am busy with others stuff and family and I have not worked in Blender for a couple weeks now. I can not employ your response right now, because some problems have arisen with my loading/saving sublevels and I am working on those right now (when I can). So the snake decoration has been put off about a month or so behind. But I will definitely return here to use it. Sorry for the delay, it looks cool, I will check it as soon as possible.