How to make 'good' view from window?

Hello everybody!
I’m making kitchen Interior. I’ve mastered modeling (intermediate level, I guess). Next step is texturing and lights.
I decided using Yafaray, instead of Cycles (render in Cycles taking my PC to work for ages) though it’s not the point.

My questions are:
How to create nice/appropriate view through window?
What is basic technics for doing this?

This is my first approach, and it is sucks. 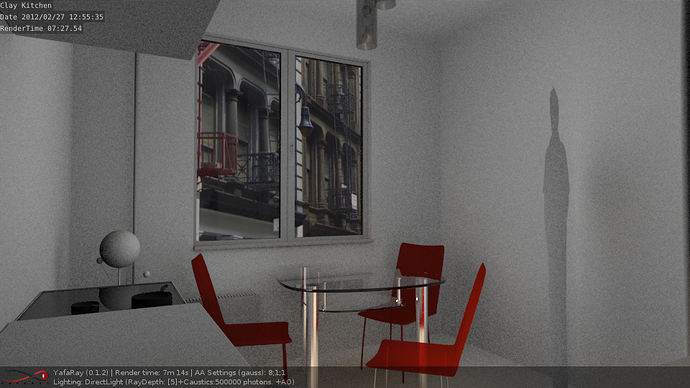 seems like a strange perspective
is the street scene outside applied to a surface that is outside of and parallel to the outer wall of the room?
it doesn’t seem to be following perspective rule

Here my work space.
I’ve tried World settings with .jgp and with .hdr picture, but the results were ugly. So I decided to use Plane and image on it. 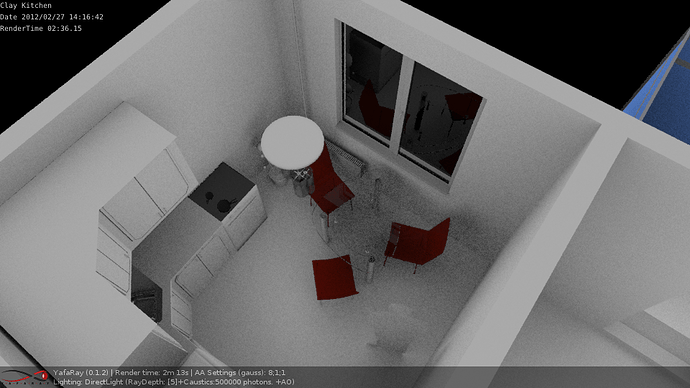 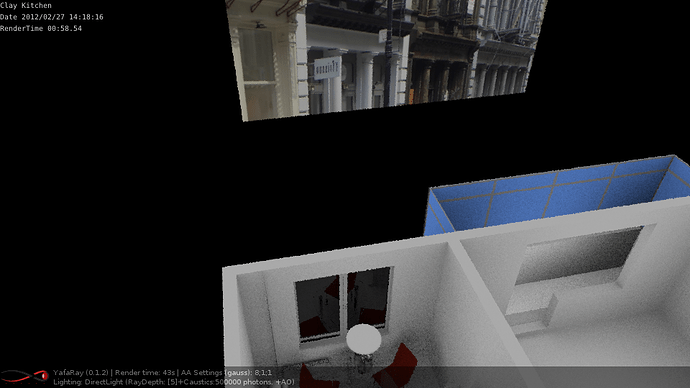 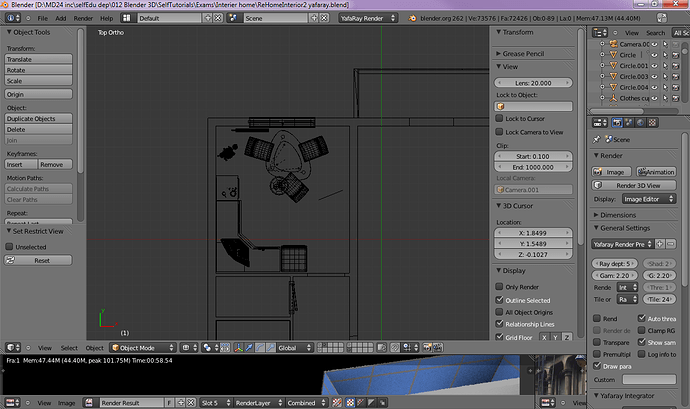 Also, my window is solid mesh without holes, for transparency I’m using Glass material. Maybe for interior scenes glass should be faked with transparency material? Or just mesh with holes?

Ans YES, there is the street scene applied to a surface that is outside of and parallel to the outer wall of the room.

if the other side of the street is simply the other side of a street,
the image should be ‘dead-on’ perspective (no receding into a vanishing point)
then, when you adjust the camera angle, it will follow the same perspective rule
best of all would be for that ‘outside the box’- of -the- room surface to be the correct street-width distance away from the window
and use a much larger image with the buildings scaled appropriately
then it should appear to have the correct depth-of-field and display correctly no matter where the camera is

Thank you, for useful tips!
So how I get it, my first mistake is total ignorance of rule perspective.
Second, absence appropriate image.

Yeah, I just wanted to make the other side of the street.

Okey, I’ll look for a suitable image of the street.
And all of my mistakes came from the fact that I was in a hurry.

As KrohDaddi said, you need to look at the perspective of the image. Using a background image or UV mapping a plane are both used often to achieve your goal and are both valid ways to solve the problem, the main thing is to have the image match the point of view of the virtual camera.
Also bear in mind that in photographs the room exterior is usually brighter, less saturated and slightly out of focus.
Try to also match the exterior lighting to the image.

So, I search for another image, removed meshes “window glass”, added some textures to walls, floor.

And this is what i’ve got. 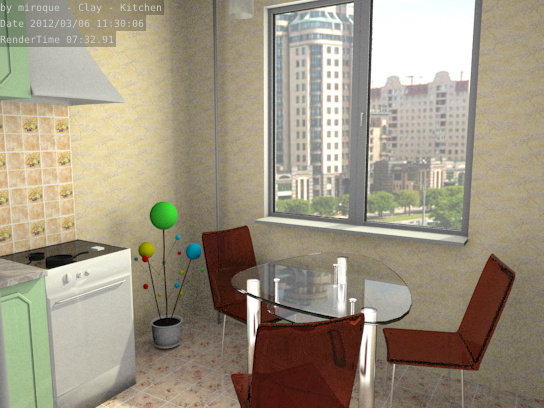 I think that is much better, but the vertical of the window frame doesn’t match vertical on the building and it is distracting. I think you should rotate the image plane to match better, or move the image so the two vertical lines don’t fall coincident to each other.

Massive improvement to say the least! (^^,)
I do believe that photos can work for such scenes, but they always bring up a sense of suspicion for me. Even the “professional” stuff in magazines. I think that sometimes if they’d stick to CG, for outside too, it’d have a uniform sense, easier on the eye (not such a contrast between, pardon the terms, real and fake).

I do like the picture you used and it definitely gives not only a sense of location, but also the scale of the building the viewer is in, so it adds to the work.
Great work!

Thanks to all of you guys!
For tips and solutions.

My sum up to get good “view from window”:

This is my final render. (added curtains and coffe cups) 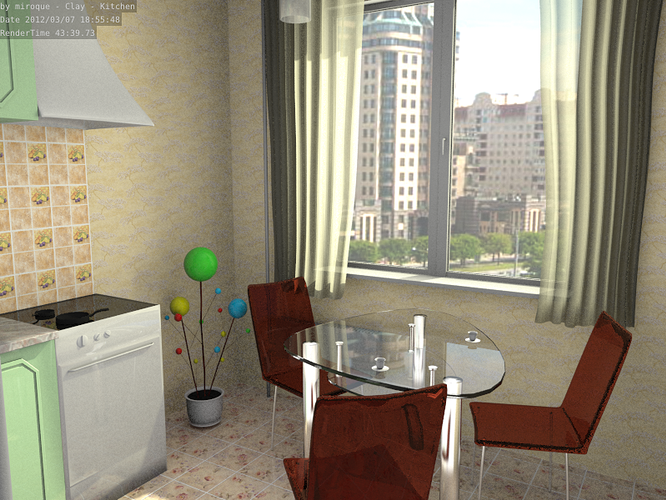 And as you can see, i will use this tips in my next work, where i have three large windows. 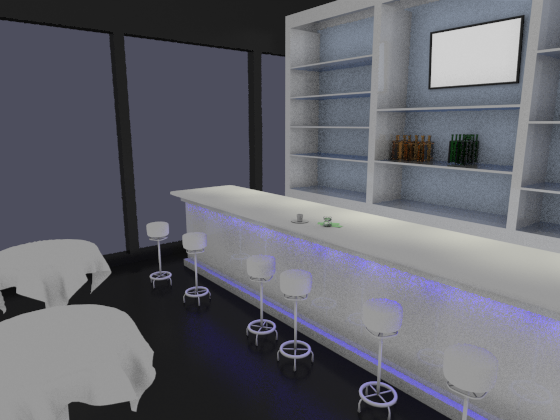 Only one detail I don’t get it how to achieve: curtains at windows. Though I’ll ask about it in next thread.

Again, very thanks to all!