How to make hollows?

Hello. Thank you very much for watchimg my post.

I’m a beginner and I don’t know which is the best way to make a hollow like the image below.
If you want to make the hollow, how do you do?
Do you use bump maps, displacement modifier, or anything else?

Also, is my monochrome file good as a texture for it? 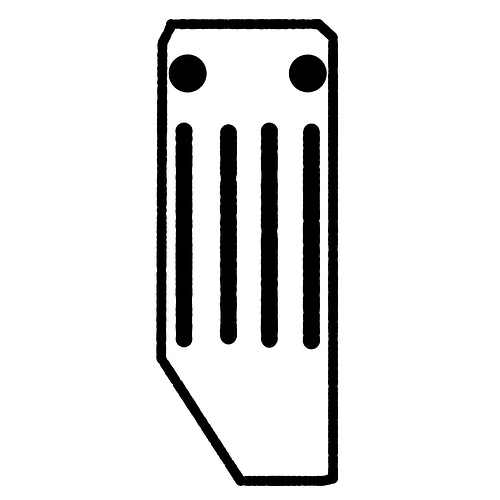 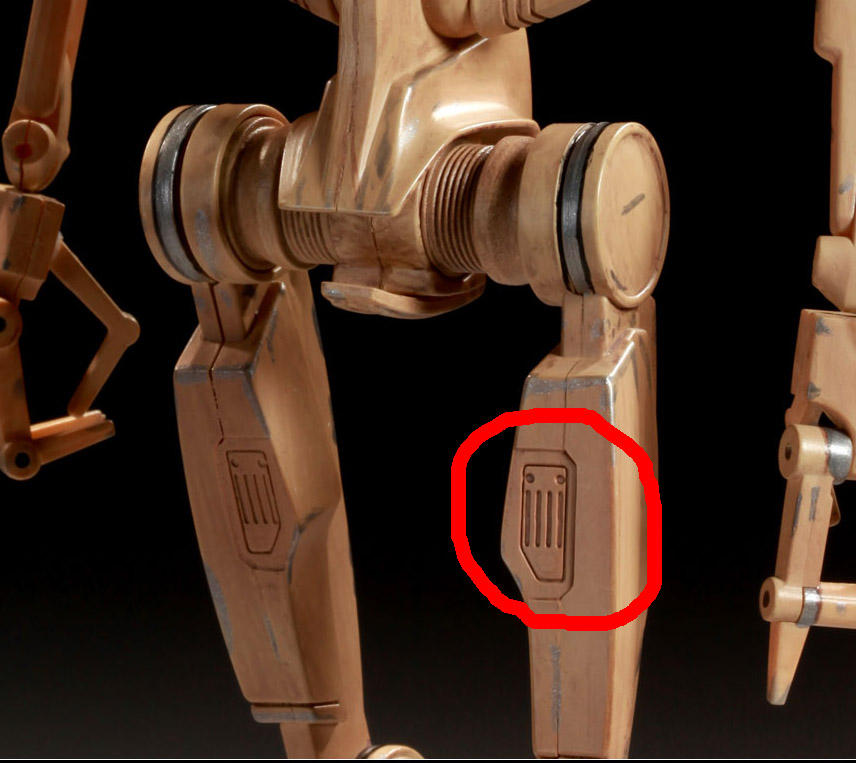 In your image - the hollow details looks modelled to me - however you could use any of the three approaches you mentioned - each has it’s own advantages and disadvantages.

Bump mapping is quick and easy. It can be applied to a very low poly mesh and doest effect your poly count at all. It does have limitations on how deep the bumps can look and it loses its realism at shallow angles since the bump isn’t real, it’s merely simulated by adjusting surface normals to give the impression of a bump.

Displacement mapping can be good - but needs a highly subdivided mesh to look good - and you therefore end up with a high poly count.

Modelling is the most realistic approach - but can again result in a high poly count and can take a lot of time and skill to get right, especially if you use things like the boolean modifier etc.

is it normal mapped?

Thank you very much for your detailed explanation!

I tried with bump mapping. But it doesn’t look like a hollow.
And however higher I type on strength, the hollow doesn’t deepen as you said. 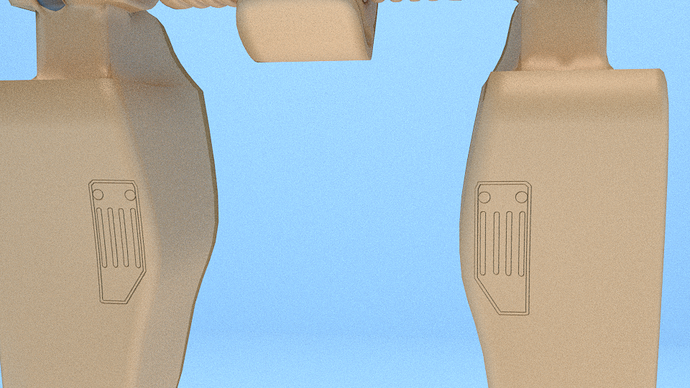 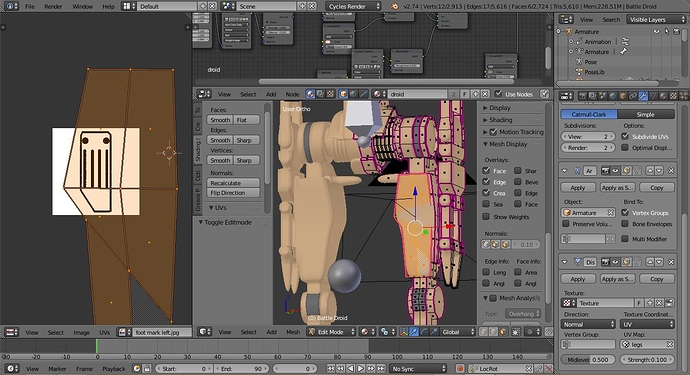 No, it’s just a black and white image by photoshop elements.
I had thought it’s enough for this simple shape, it didn’t work though… 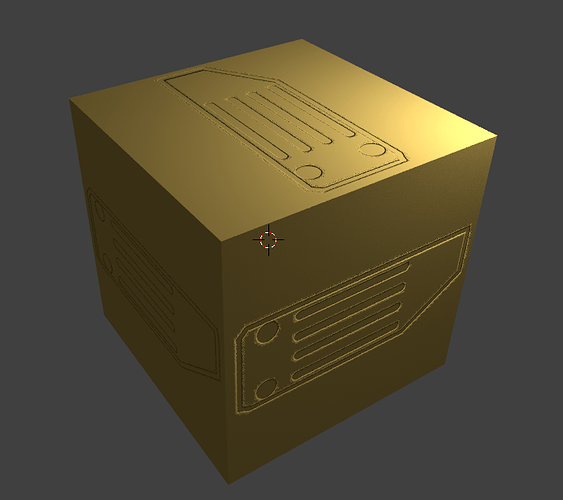 just add the image to the displacement output in the node edditor. 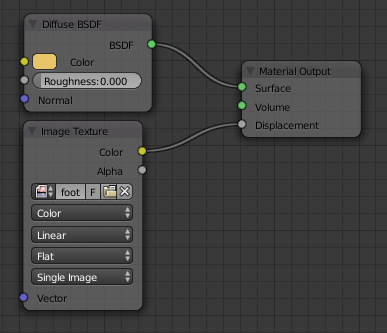 however you have to go through the image and clean it up. save it as a lossless PNG and not jpeg. the noice in the image really shows through.

you can reduce the noice a bit by adding a contrast node and lowering contrast, but its better to just clean up the image manually. 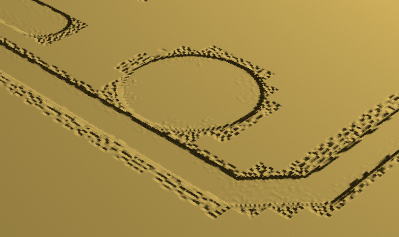 and dont bother using displacement modifiers. you will have to give it a CRAZY number of subdivisions in order for that to look good.

and dont bother using displacement modifiers. you will have to give it a CRAZY number of subdivisions in order for that to look good.

Thank you very much for your reply!

I’m going to search how to make clean lines in photoshop.

Also, ok I won’t use displacement modifiers for this.
However, I think I want to make the hollow deeper because the original image looks much deeper.
Do you have any idea?

just add the image to the displacement output in the node edditor.
[ATTACH=CONFIG]387408[/ATTACH]

This is by default nothing else than using a Bump Map node… To use “true” displacement you will have to explicitly enable it and get as experimental with Cycles as you can get. And you will still need a hell of a lot of subdivisions.

So, actually you would need a black pattern on a mid-gey background, as a white background will shift everything it is assigned to.

The problem with bump maps is that they just create an illusion of depth, but don’t really move the surface. So, depending on the viewing angle, it will sooner or later always look fake when it comes to deep indents.

What do you intend to do with that mesh: Animation? Still? Game? Does it have to deform?

The texture is not that great for a bump map or generating a normal map. You would need a gradient to have it appear deeper. 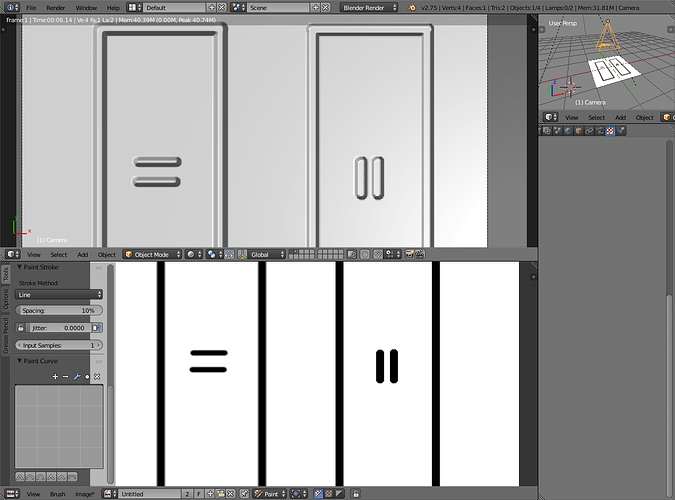 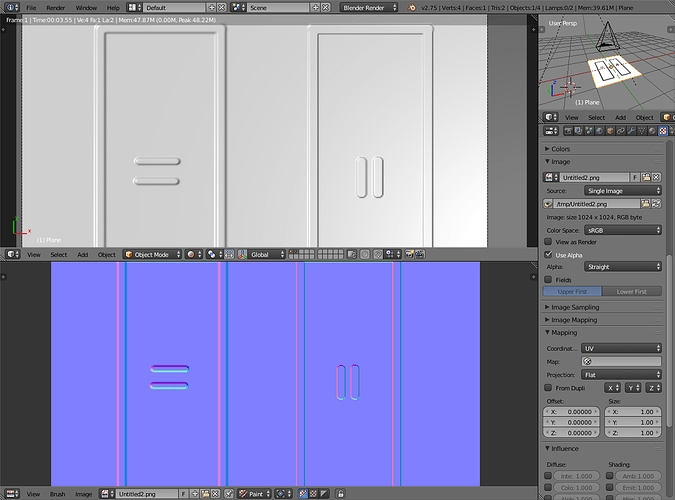 Normal map generated from that 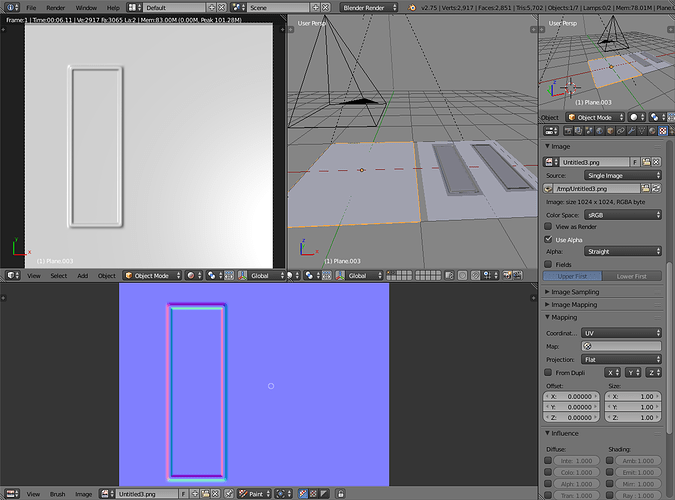 you dont have to use a gray image as displacement though. you can turn down the brightness to 0.5, witch will do the same.

ohh and by the way, why do you want to use displacement in the first place? if its a low poly, then the bump method is the way to go. if you are going for a high poly model, then i would actually just model the part manually, its not that much work.

by the way, i would done it all over if this where mine, since i noticed a few things that i should done differently. anyway…

@JA12 by the way, so you say its better to use a high subsurface mesh to generate the normal map to then later be used on a low poly mesh?

@JA12 by the way, so you say its better to use a high subsurface mesh to generate the normal map to then later be used on a low poly mesh?

No. I’m saying that a bump map needs a gradient on the edges for it to appear deeper and a normal map generated from geometry needs slanted edges. I’m not saying when and why one method is better than the other.

Thank you very much for telling new information for me!

I didn’t know that I could make normal maps in blender. After watching your post, I was learning about normal maps by watching this (https://www.youtube.com/watch?v=U7PQGgz1RII).
Then I could finally make a normal map. But as you told me in this thread, it seems an actual geometry should be with slanted edges. I was expecting that normal maps could copy the height of the actual geometry though.

by the way, i would done it all over if this where mine, since i noticed a few things that i should done differently. anyway…

Wow, it looks cool!
How did you do that? By boolean modifier? Maybe I would choose your way because the mesh doesn’t looks so messy.

All in all, it is better change the mesh itself than fake the looking by texturing?
When I firstly knew the power of the displacement, I was very impressed because I thought I didn’t need to change the shape of the mesh. But seems it has a disadvantage that it needs a much high poly mesh.

Wow, it looks cool!
How did you do that? By boolean modifier? Maybe I would choose your way because the mesh doesn’t looks so messy.

All in all, it is better change the mesh itself than fake the looking by texturing?
When I firstly knew the power of the displacement, I was very impressed because I thought I didn’t need to change the shape of the mesh. But seems it has a disadvantage that it needs a much high poly mesh.

ok read all of this, ill sum it up for you.

displacement is GREAT for high details that will take a very long time to do manually, and it also gives you more control over the density of the mesh because its almost always combined with a subsurface modifier, so you can adjust the “detail” of the mesh so you get better performance in the viewport, aswell as high details in the final render. However, this comes with a very expensive cost, witch is A LOT of polygons…
Displacement is usually used on landscape, such as sand, rock etc. or any place where you think it will be an ideal choice.

“fake displacement”, or simply “bumpmap” is more common when dealing with wrinkles in a characters skin, or cracks in a dry flat desert. mainly because they will basically look the same. anywhere where you need depth on the mesh basically…

Bumpmap is great because it does not require so much computing power, and is VERY often used in video games.

in your case however, i would actually model the hollow area manually, because displacement is not worth the high poly count, even if its just a single frame render, and using a bumpmap will look a bit fake and obvious.

to answer the question, no i did not use boolean modifier, and you should NEVER use it… EVER! its terrible, and should be avoided if posible. it can often bug out, and rarely works perfectly. the mesh i created for you was made manually while using the black/white image you provided as referance.

IF you are going to use this model in a video game, then you could use a bump map instead… and if thats the case, then dont worry worry too much about the depth, it wont be very noticable in a videogame. however if you want to make it deep, then take a look at JA12’s post. i think he can help you with that.

What do you intend to do with that mesh: Animation? Still? Game? Does it have to deform?

Thank you for your such detailed explanation!

i’m going to use it for animation. So I don’t want it to be a high poly mesh.

How successful the normal mapping is depends on the detail size, how far the camera is, bake image resolution and lights 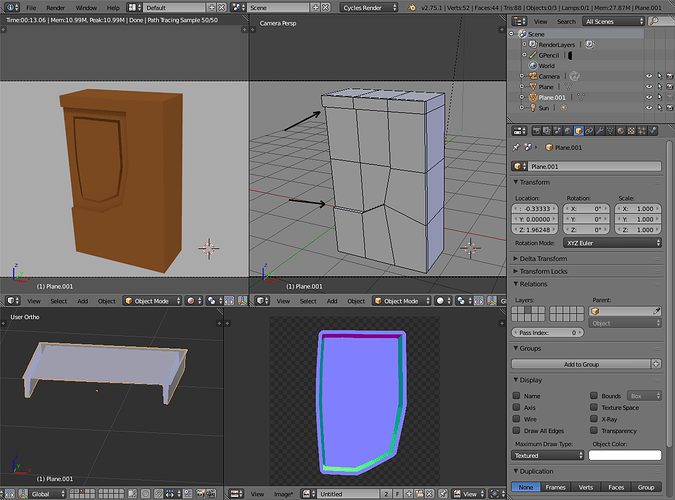 Even a badly made normal map like this one can make it look like there is a deep indentation but it’s still a fake effect. It doesn’t affect the geometry, which is why the example has form affecting the silhouette (arrows) made in real geometry and rest of the detail is done on a normal map. If the camera gets close, it will be noticeable that it’s not real geometry but the lighting, beveled edges, other textures can help to sell the illusion.

Bake image resolution and UV coverage affects the result because when baking the normal map from geometry, it looks for height difference between the source and the target and saves their direction on the image. If there isn’t enough texture pixels for the detail, the end result could look worse than expected. 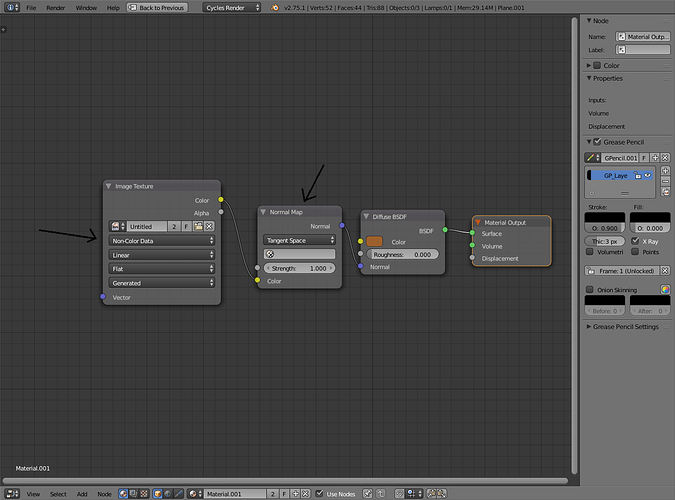 You were using Cycles and the node setup for the normal map was wrong. Have to use non-color data mode for the image so that color management doesn’t affect it, and values on a normal map doesn’t represent color but vector data saved on the color channels. That then connects to normal map node, which in turn connects to shader node.

I did something similar to this with my most recent model. Though instead of trying to carve details in, I layered details on top of things. My implementation was a bit simple, didn’t want to go too hardcore with the details, but with a bit of planning, you could add all kinds of inlaid details onto a model.

To get to the short and sweet of it, all I did was select the faces on my base mesh, duplicated them, then moved them to their own selection group. From there, I turned on shrinkwrap, and started banging out my details, cutting and subdividing where I saw fit. Once I was happy, I applied a solidify and edge split modifier, and called it a day.

I could imagine a similar process could work just as well for what you’re doing. The only problem is that I’m currently having a helluva time baking everything down to a normalmap for my low res mesh (and I’ll be starting up my own thread about that here very soon).

Thank you very much! My setting was wrong.
Doing as you tell made my shadow better. I appreciate you.