How to make small details?

I’m making a gun in Blender and I would like to make some small details (smooth edges, semi-auto full-auto switch etc.) but I can’t find a way how to do it 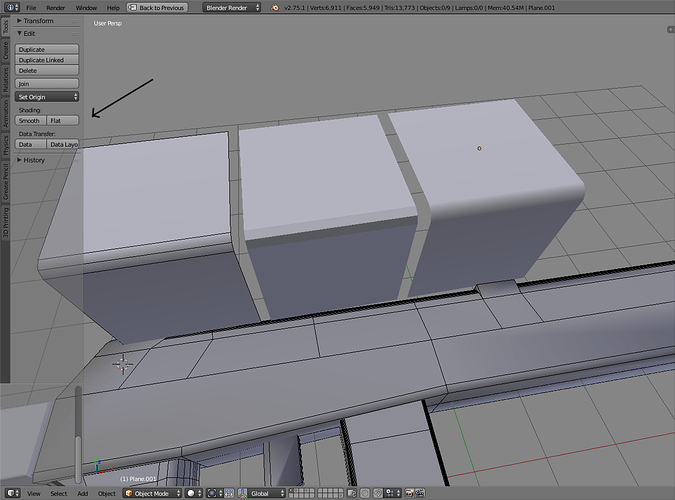 There are many n-gons which are faces with more than 4 vertices/edges/sides. You are likely to have hard time UV unwrapping those.

There’s too much geometry for getting rounded edges and many of the pieces could be modeled as separate geometry. You don’t have to make them as separate objects, intersecting geometry within one object is sufficient. That will make modeling easier, will result to more detail with less geometry, and often easier to unwrap.

Smooth shading can be used to make surfaces appear smooth with less geometry as the corner in the screenshot.
From left to right: beveled, without smooth shading, with smooth shading. Note that smooth shading doesn’t affect the silhouette, only real geometry can do that. For high polygon model for rendering or baking it’s possible to use more actual geometry on things like bevel, but those could be more manageable with bevel modifier since modifiers are non-destructive.

Smooth shading can also be controlled with sharp edge marks along with autosmooth option in object data properties, or with edge split modifier. It’s also possible to affect the normals to change the shading with normal edit modifier, or transfer them from another object with data transfer tool or modifier.

If you’re making a final game ready model, less geometry for rounded edges. 90 deg angle is probably too much but beveling it once might be good enough to get rounded look with smooth shading. Normal map from high polygon version could also be used.