How to model an ARM in Blender 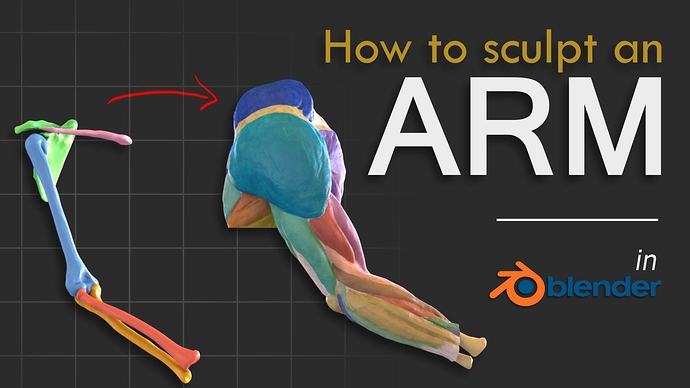 Hello guys. In this tutorial we talk about human anatomy and with Blender I tried to sculpt an arm
Human anatomy is certainly the hardest part of the representation and requires a good theoretical knowledge at the base as well as a constant practice.
The first tip is to always have a nice manual on hand. I studied on a manual in Italian, Tittarelli and I always have with me the Atlas of human anatomy of Frank Nettar.
For those who want to study anatomy online, I strongly recommend Scott Eaton’s course. Complete and in-depth.
For the modeling of the arm I decided to start with the modeling of the bones
. The scapula is a triangular shaped bone with two sides. Very important for the design of the human anatomy is the Acromion process, which as Scott Eaton says is an important reference point for the design of the human figure. The design of the human figure, in fact, presents some points of reference that are followed and identified can help in the proportions and design of the various devices. I decided to model also including the scapula and collarbone that the skeleton of the shoulder 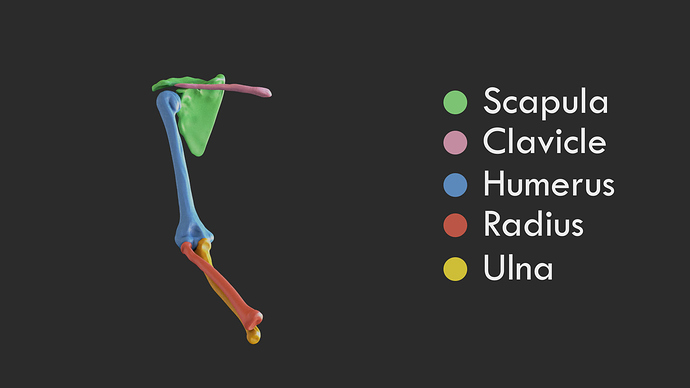 The Multiresolution modifier is very useful in Blender. The Dynamic Topology command allows you to add mesh only where we want more detail. this is very useful if we are sculpting organic objects where in some parts they are devoid of details, such as a human face or a monster.
The forearm consists of two bones. Radio and ulna. The ulna is a long bone. Many muscles are inserted on the upper extremity. With the radio it allows different movements such as pronation and supination movement.

I summarized most of the muscles modeled in this table 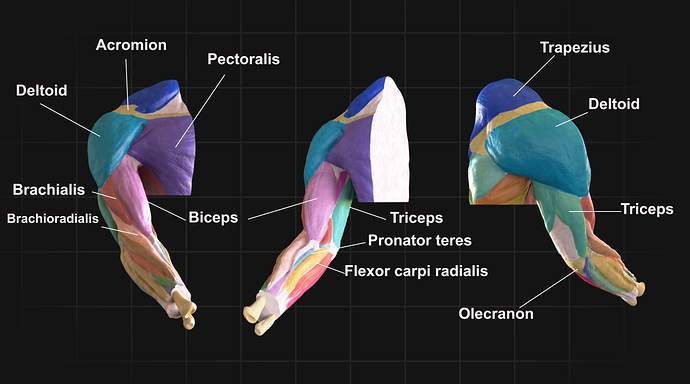