how to model curved part for car

so what would the best way to model this and get good unifor results with minimum distortion to gie good render ?

Note: i could do the middle part with a spin but this won’t give the 2 rounded ends

Well following the spin idea, you could model the part in profile, possibly using curves and keeping the divisions low, then converting it to a mesh and then do the spin operation, or do the entire profile as a mesh and spin, or you could spin a flat surface and then add loops cuts in the areas that you would require the ridges. One on either side of a ridge to define its borders and one down the middle and upraised to define the peak of the ridge. Add a subsurf modifier and you’re done. Either way, there will be some tweaking at each end of the fender to finish it off.

I go with cylinder, loop cut ridge foot print, extrude the ridge out, than subsurf it. Here is rough step example. 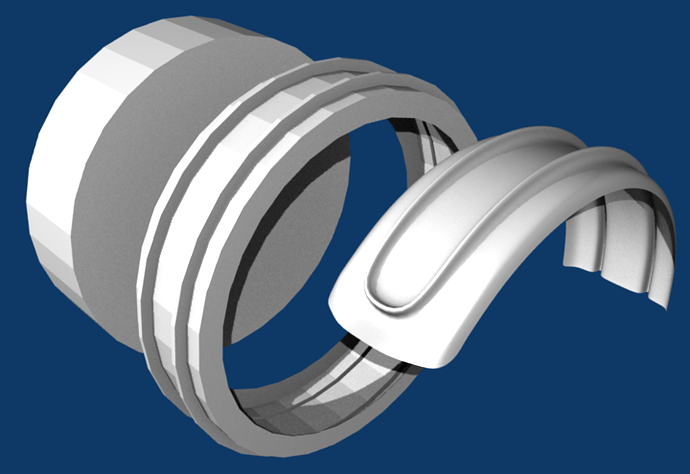 My approach for something like this is usually to simply start with a circle. But planning ahead I always know where the center is or can find it easily on the grid. Because I will delete the vertices I don’t need. The circle center is needed to do even scaling on the surface later. But there will no longer be geometry to allow me to find the center. Starting the circle as a new object is one way to preserve the center. My approach would be similar to ridix.

The difference being I’d create the end of the ridge on the flat cylinder first, then scale it outward. Starting with the circle I’d extrude out and back to give it width and a fender face. Loop cuts of course and other tools to create the profile of the later-extruded ridge.

Once the profile of the ridge is in place, I could either scale it out or alternatively split it from the mesh (Y) and then use the solidify selection modifier - deleting inside faces not needed and merging back to the mesh to complete the job.

for the middle part circular that’s easy not problems

it’s how to get the end with 1/2 circular ridges to be nicely continous with the rest of the shape?

i tried yesterday to use the Curve modifier and it’s not good at all
too much distortion near the end
unless you know a trick here ?

for the middle part circular that’s easy not problems

it’s how to get the end with 1/2 circular ridges to be nicely continuous with the rest of the shape?

i tried yesterday to use the Curve modifier and it’s not good at all
too much distortion near the end
unless you know a trick here ?

Simplify. The less segments on the fender the better. The circular ridge could live on 2 or even 1 segment. That would be easy. But this - if you read what I said again - is why you do the profile first. The poly shape. Then extrude with the Solidify Modifier.

The images show some of the basic steps. I am sure you can fill in the blanks. But I used Shift V to align view to selection and drop in the circle. You could do this about a dozen ways. Just keep it simple. All I did was simply tweak a few of the points to bring that part of the circle to the plane of the next segment. Simple.

Patch it in and you are done. Ready for solidify mod. 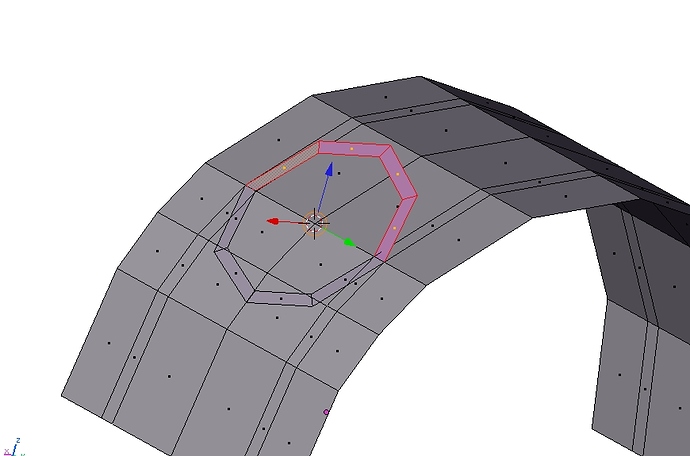 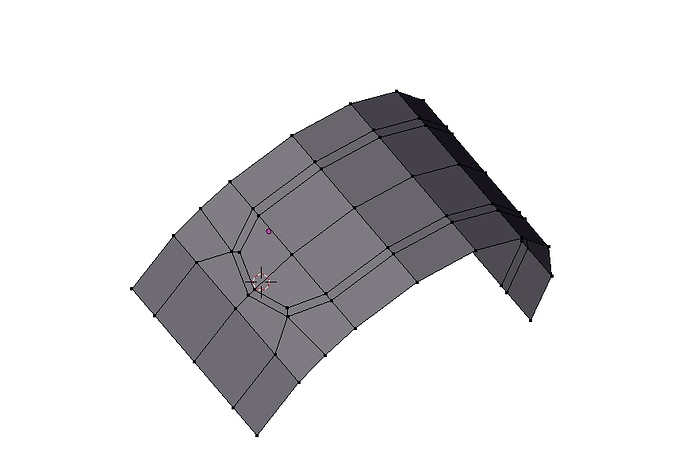 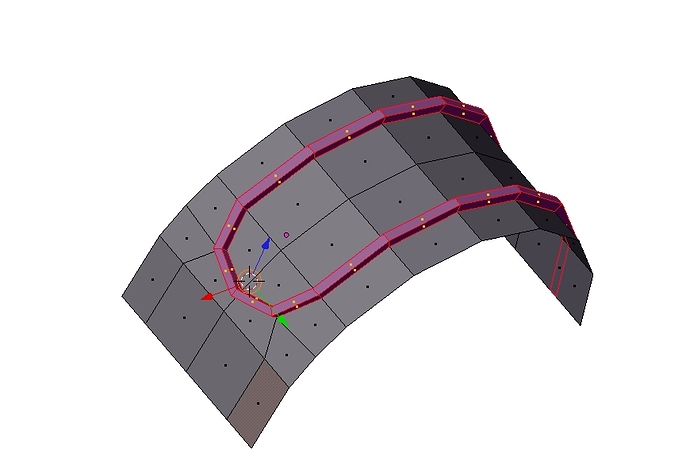 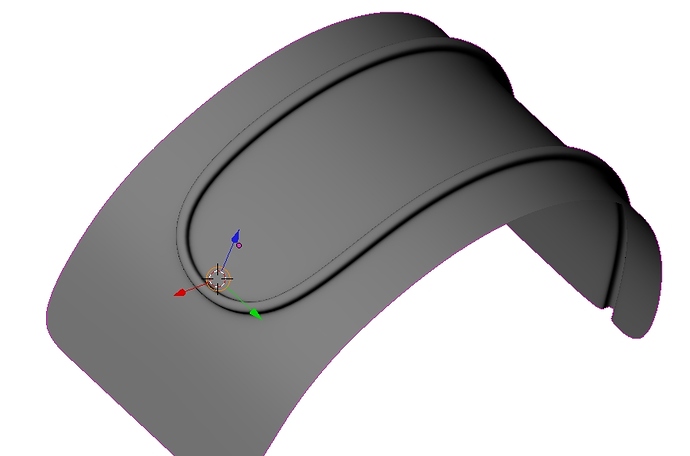 here is my curve modifier

but i did this modelling in 2.49
not easy to conrol the radius of curvature and get a nice smooth shape!
with curve modifier!

To use the curve modifier:

First make a subsurf-freindly polyflow on a flat plane and simply extrude the ridge. You can have a simpler version without extra loops or you can plan it with all of the loops in place.

Then add and apply a curve modifier and then subsurf. 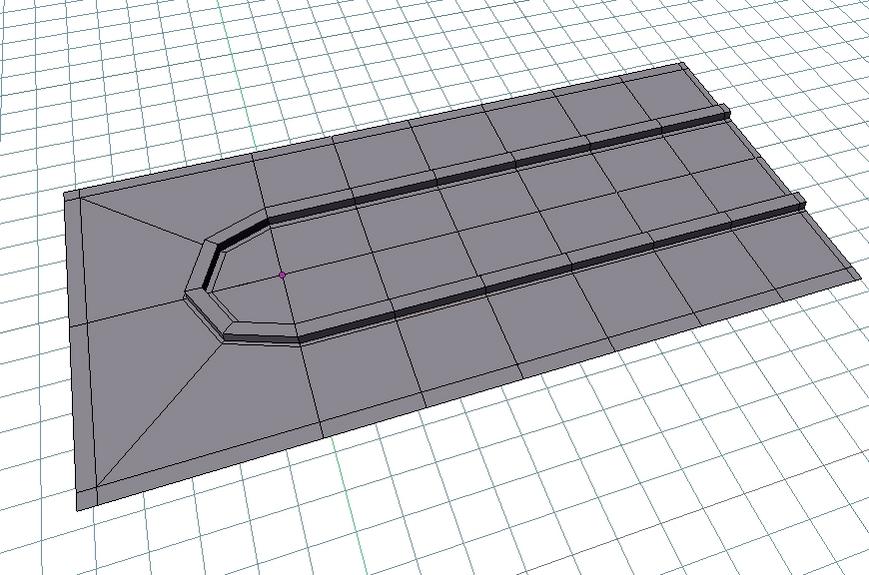 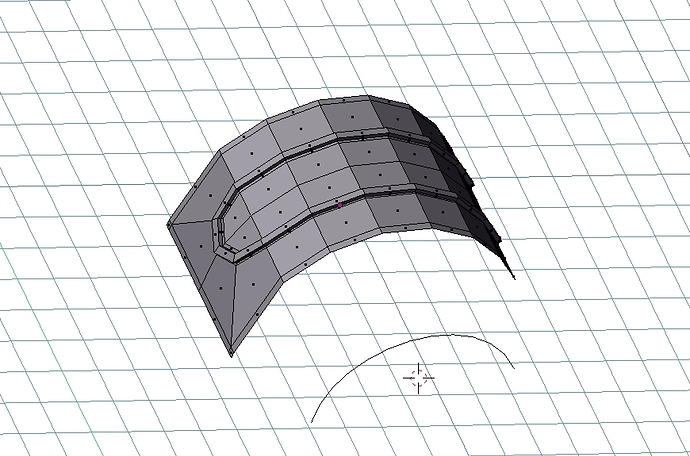 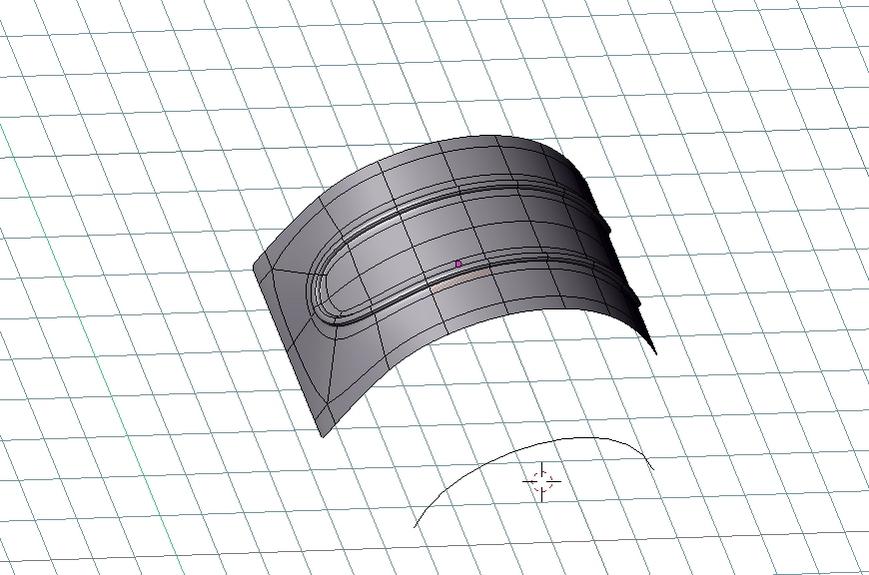 and the looks is not bad