How to Pixelize Images in Blender

These five screencaps will show Blender users how to make their images or renders look pixelated, like old video game sprites, and, then, how to animate that pixelization effect. The challenge of animating them was solved very quickly by Olson, of GetBlended.org, in mere minutes.

Making a still image pixelized in Blender is very easy, requiring only three Nodes in the compositor. What they do is first shrink the image down to a tiny size, and then just re-inflate it. The Node in the middle, “Pixelated”, is necessary because, without it, Blender seems to nullify the first node where it is shrunk down: 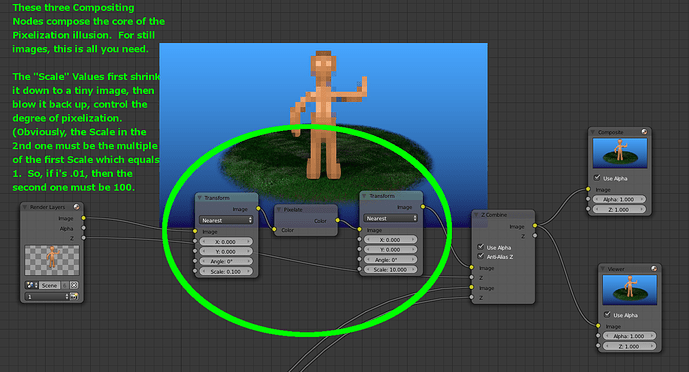 Now, though, let’s say that you want to animate that effect, so that it goes from pixelated to high-resolution. Superficially, this would seem very easy: Just take the two Scale values from our Transform Nodes above, and then animate them. But, this is where I ran into a problem… 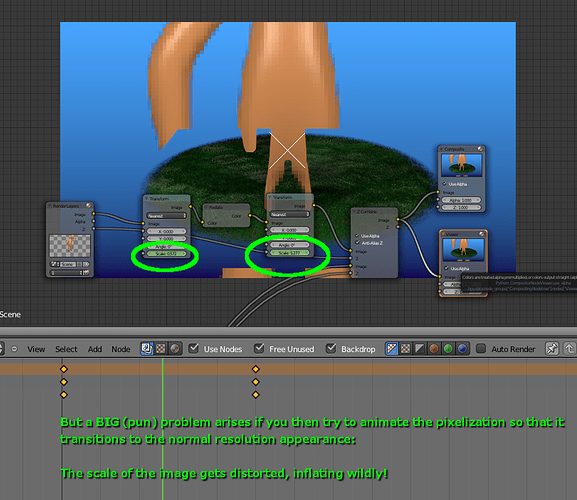 The reason that this weird problem occurs is because of the difference in the ranges between the two Scale values, as shown here: 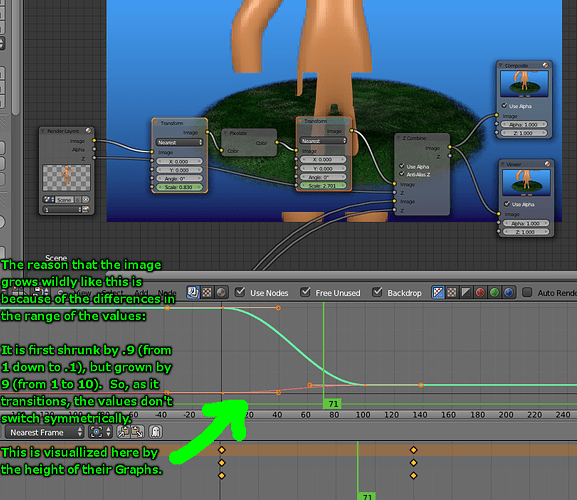 But no worries! I explained my problem to Olson of GetBlended.org, and he quickly used his sharp Englishman’s mind to create a solution…[See following post.]

Olson added three Nodes which control the range of the growing and shrinking. First, he used a Value Node and only Keyframed that, which allows the subsequent Nodes to work off the exact same value. This Value Node is the primary one you handle, afterward.

After the Value Node comes two Math Nodes: Multiply and Divide. These obviously take the figures from that Value Node, and then grow it and shrink it, respectively (as the Value Node goes from 1 to 10, in this example). 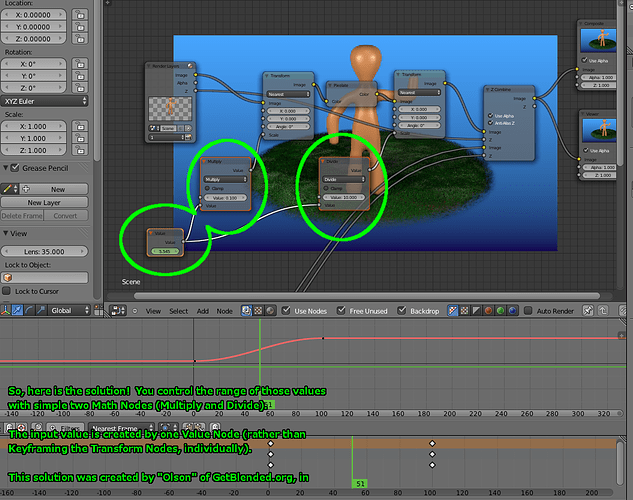 Again, we are at a point which will be satisfactory for many people, and so the meat and potatoes is done. But there is one other detail which might bother some: the speed of the transition. Keyframing the Value Node generates the standard, blended, Bezier Curve transition from 1 to 10. You’ll notice that this causes the pixelization to become indiscernible very quickly. This is no problem at all, of course, since Blender allows easy control of the rate of change in values in the Graph Editor: 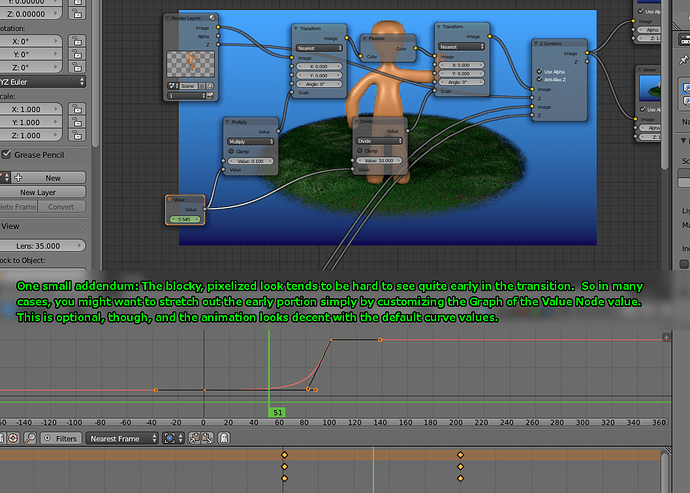 So that’s it. Not too hard, and once you do it once, you shouldn’t have difficulty in the future. (Plus, it is always good to reinforce understanding of the Math Node, which is very useful.) Great thanks again to Olson for his solution.

I always wondered what pixilize did! Great thread its a sweet solution.

I always wondered what pixilize did! Great thread its a sweet solution.

No problem, 3PE. (Especially for you, considering how much I learned from your VSE tutorials.)

Thanks for posting this! I didn’t know how it worked.

Here’s a simplified version of Olson’s solution that fixes the symmetry problem without having to modify the curves:
Eliminate the divide node so the animated scaling value plugs directly into the scale of the 2nd transform node, change the multiply node to divide and change the 1st value from 0.1 to 1. 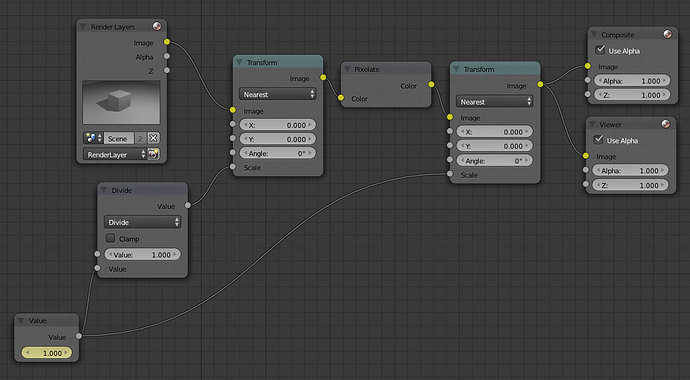