how to remove USB write protection?

Hi,
I’m having this problem with ALL of my flash drives ever since I bought a SanDisk cruzer switch, which was write protected. I tried every method out there including the Registry, diskpart, diskpart with safe mode, low level formating, changing the drive letter, and so on. None of these methods worked for me, and I REALLY want to use the thumbdrive(s) for an important project for school! PLEASE help me

What OS do you have?

Is there anything on it? If not, try formatting it.

If that doesn’t work, try this site, 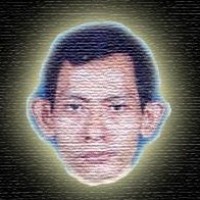 by Dustin Hurlbut In the recent release of Windows XP Service Pack 2 (SP2), a new feature was added by Microsoft to allow the write protection of USB block storage devices.  This entails a simple R…

You could also use this too, if that doesn’t work…

Many viruses crept into my PC via the my USB pen drives and external hard disks that I lent to friends for transferring data. If your motiv...

wow…
I already used the registry method as I explained earlier but this time it worked! well for the most part

it fixed all of my flash drives except for one

is there an explanation for that?
thank you so much though!!!

EDIT: I tried the second link too and it is still not working :c

Which flash drive isn’t working? Like what’s the name of the brand?

it’s the SanDisk cruzer switch, the one that started the problem in the first place

That’s highly unusual…
But plausible. SanDisk is really strange. I’ve had too many problems with them so I just dropped them all together.

Did you just buy the flash drive?

I bought [this](http://i.ebayimg.com/t/New-3-packs-SanDisk-CRUZER-SWITCH-4GB-USB-Flash-Drive-Memory-Stick-multi-colors-/00/s/MTYwMFgxMjEw/$(KGrHqZ,!i4FBYzSew)HBQnZC(erEw~~60_35.JPG) whole package and the pink and green were perfectly fine. they were not write protected, I formatted them as soon as I got them, but the orange one was the one that had the write protection and made all of the other flash drives write protected
I bought it from walmart, btw

so it was not used by other people before me

Have you tried reformatting it on a different computer?

Sometimes, newer usb drives, say they work with all OS systems… But there are still some flaws… If you just bought it, chances are, it would only work properly on a windows 7/8 computer.

I’m saying that it wouldn’t work on XP, just not like it should.

Or, there just might be something wrong with that one. I’ve gotten who knows how many usb drives with tons of problems. I sent them all back, or never bought them again, and they sent me a fixed/better one.

So, try reformatting it on a different computer, and if that doesn’t work, you might have a faulty drive. Because it doesn’t make any sense why two of the same one from the same package would work, but not the other one, unless it was a dud.

I already tried formatting it on windows 7 and ubuntu and it still didn’t work :c
I guess I will have to contact the company to fix this, huh

Because It just wouldn’t make sense why the other two would reformat and that one wouldn’t. There’s obviously something wrong with that one.

You may have a USB write protect option in your BIOS. When your BIOS is set to “Plug and Play BIOS” your OS and some of your programs are allowed to adjust some of the settings. This may be what has happened. I hope this helps.

thanks for the suggestions, guys! but it’s still not working

Yeah… that’s what i said. Because it doesn’t make sense why only one of the same three aren’t working from the same package.

Yeah… that’s what i said. Because it doesn’t make sense why only one of the same three aren’t working from the same package.

Take the offending flash drive and throw it against the floor until the casing comes off. I had a thumb that stopped working, so “PlanetKiller smash”, and it started working again. (do this only if sandisk employees are Richards who will not help you)