How to render together two scenes (one from Cycles and one from Eevee) in the compositor?

Hi,
I have a full scene rendered with Eevee and a fire simulation rendered in Cycles that i need to assemble to it.
I tried to render the fire with transparency to assemble it to my Eevee render with After Effects, but i’m not satysfied with the result since i don’t have the same natural glare and also the fire & smoke are, poorly cut by the transparency, that make them to don’t really look being part of the scene once composited.

Then i would like to render them together in the Blender compositor to make the fire Glare (from Cycles) being also visible on the Eevee shot more naturally and the fire to shade more complete without transparency… But i don’t know at all how to do this.
Do someone know how to assemble two scenes this way in the compositor ? Thanks a lot.

To illustrate my problem :
Eevee render : 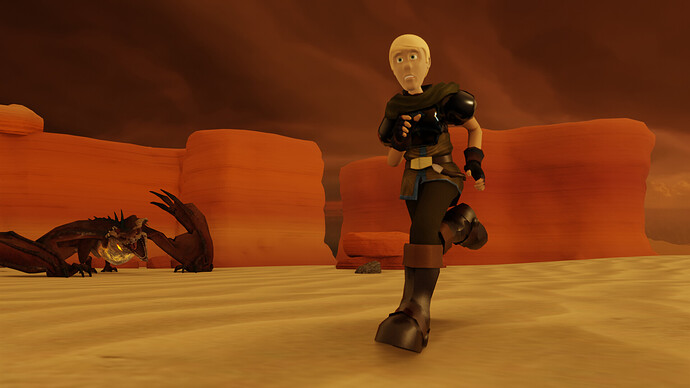 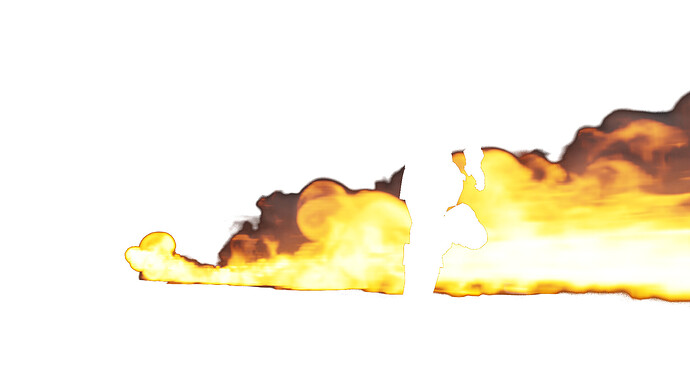 What i want with Blender’s compositor : (but with a Cycles fire glare visible on the Eevee shot too) : 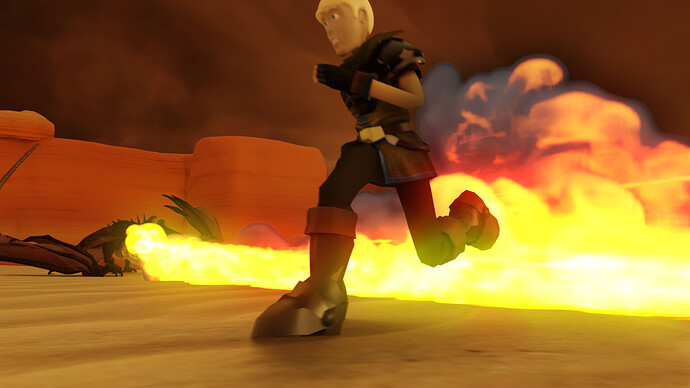 so what does it give if you import the series of images into 2 Image Sequence nodes and combine them?

sorry i am so noob with these compositing things i don’t know how to do that, is it in the compositor? and how do i get the image sequence nodes ?

I’m not an expert either but yes I guess you need to go into the Compositor, create 2 Input > Image Sequence nodes, load your images, mix the 2 nodes in a Alpha Over, and use the alpha socket of the fire to have transparency? 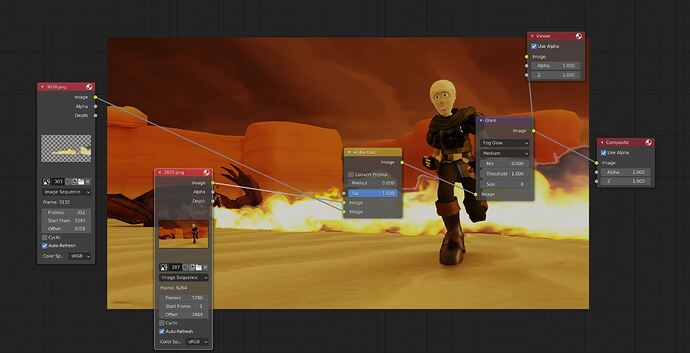 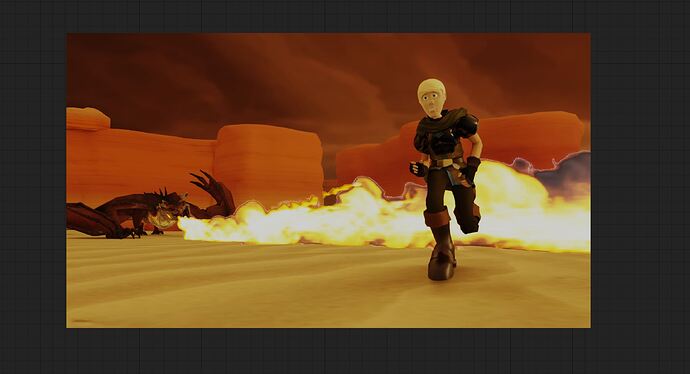 Is it the setup you have in mind ? I already didn’t knew we could do this ty, but here the problem is we still have the bad fire incrustation caused by the transparent Cycles render that “cut” the simulation badly, also the glare don’t seems to appear.
I tought more about a way mix the two scenes directly in the compositor to can render them together in one time (like the Eevee render and Cycles one upper, with a glare addition) but idk at all if it’s possible ?

I don’t use the Compositor enough, I hope someone will help

They’re telling you how to do it. Render each piece into Multilayer OpenEXR files. Then, in a new blend file, use the file-input nodes to bring in the data from each for subsequent compositing.

This file format will capture the various “layers” of digital information produced by each renderer so that you have access to it.

If you want to make the fire appear to cast a glow on the character, just use a light (in EEVEE) to produce that glow in the right spot. When you then bring in the Cycles fire, it will convincingly look like it’s what’s casting the light – even though it isn’t.

Thanks a lot to you both. The node setup of moonboots wasn’t working with PNG rendered images but work perfects now with this OpenEXR Multilayer option that i didn’t knew. It’s creating the glare i wanted and it’s crazy how a good glare is important to make fire looks well.

I didn’t added the Eevee light yet to simulate fire light on environnement yet but yes i’ll do it too, i did it for my other sims and it’s easy to make it convincing.

I also found a way to make it work by adding the Eevee rendered sequence directly to my Cycles fire simulation scene in compositing, so i can render both in one time and handle better the transparency while rendering the whole in PNG, here is the setup for anyone curious :

You look for tutorials about how to combine different scenes. For example you could create a Linked Copy from your scene. Then in the scene that we could call the main scene, rename it to Cycles, and the other scene rename it to Eevee. In Cycles Scene you use the compositor, in Eevee scene you do not use the compositor (it could be conversely). In Outliner put the Cycles Elements in a collection called Cycles and in another collection called Eevee put the Eevee elements. In Cycles Scene set as Holdout the Eevee collection, and in Eevee scene set as Holdout the Cycles collection.
You check Environment on View Layer Tab on the desired scene. Then compose the two scenes in Cycles Scene Compositor.

Yes if i understand well what you explain here it’s nearly what i did :
I imported the elements from my global scene (rendered with Eevee) that were interacting with fire (so the character, the rocks, the sand etc…) in my Cycles fire simulation scene and set them all as holdouts.
I also imported the camera to have the exact same camera movements and so can freely compose it together to make my Cycles fire looks natural in the Eevee scene.

The big difficulty was coming from the problems that Blender has at rendering volumes (fire & smoke) with a transparent background, with transparency it make it looks badly shaded, badly cut out and also can’t render the glare properly.
It’s the problem i had here due to my lacking of knowledge in compositing but now thanks to the help i have the perfect Compositor node setup for it. I’ll also check the tutos on it will be helpful, ty!

Now the last problem i would have is my lacking in fire simulation, the fire shading is not so good, but at least the glare is kind of hidding the mess haha