How to show the path of an animated object

I have an animation of the Sun going around the Galaxy, what I want to do is animate its path by creating a tail that spirals out behind, it will be orbiting the Galaxy around another object called a Dark Star, our Sun and Sirius orbit the Dark Star, which its Companion orbits both Suns. 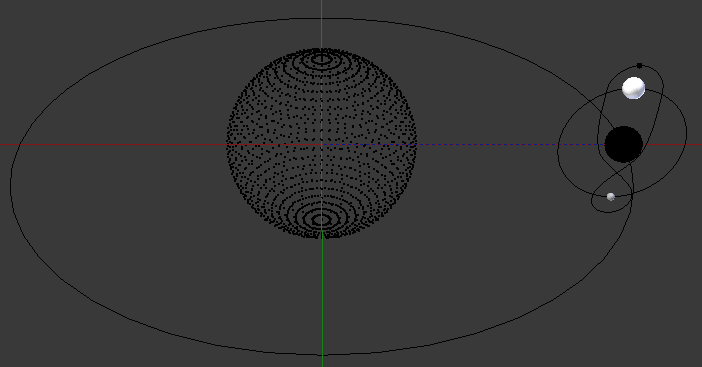 My guess is to use a cylinder, then extrude it for each of the 1000 frames, but that is a lot of work for two paths, maybe I only need to do one, because two might look like a solid spiral tube when its completed, but still, I would have to make each one an object, which would be 1000 objects, then turn them visible at the right time.

It seems like I should be able to use a target and a constraint, but I could not figure out how to make it keep its shape, which is a spiral twisting out behind it as it obits the Galaxy.

I used Bezier Circles to make the orbit paths, I did a follow path constraint on the Dark Star, then I parented two Bezier Circles, one for each sun, so they are animated to orbit around 10,000 times, so I get about 10 complete orbits, then I used a Bezier Curve to make the orbit of the Dark Star Companion which orbits both Solar Systems, that turned out to be an ugly hack but it works, wish I knew a better way to do it.

I know there is a better way to do this then what I can think of, any help would be great, because if nothing else I will go with my first thought and that will be a hack, but it will work.

Particularly the last page, but this does not make sense without the rest of them.

Let me know if this helps.

Thanks, cool technique, I was playing around with curves, all I needed to do was create the curve to follow the object, and decided that I could just animate an array of cylinders, so far it seems like it will work very well.

Please post a render when you have finished it.