How to "solidify" edges?

Hello) i have a basic question, but i’m pretty new in 3D…
I try to model an object like cell 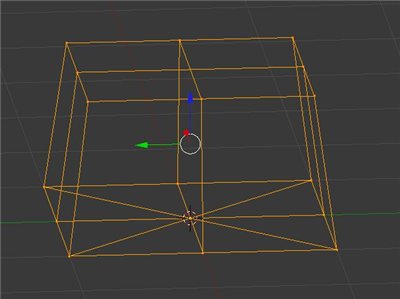 Assuming you’re using Blender 2.64a or later , first put back the faces where they were (select all and pressing F in the case of the model in your screenshot should be enough) , the press CTRL+N to recalculate the normals so they’re correct.
Then press CTRL+F -> Wire Frame (or press Mesh -> Faces -> Wire Frame)

Once done, in the Operator panel, or press F6 tweak the settings of that function to your needs.

Alternative, probably better for what you want to do :
Do not re-add the faces
Add a Skin Modifier instead
select all and press CTRL+A , with the mouse control the size of the branches

Add a subsurf modifier after the skin modifier if you want

Create a new bezier circle. Call it “rod”. Select your model and pres alt+c (option+c) and turn the mesh into a curve (top option)

In the property panel for your newly converted object, go to the geometry section and click the bevel object box and select the “rod” object you just made.

Select the “rod” object and scale until the size is correct.

thank you guys! Gone to try it))

Another way after changing the mesh to a curve is after selecting Object data icon;

Included is something to tinker with

Hey, I was wondering, is there a way to select lots of unconnected lines and use the wireframe function on all of them at the same time?