How to stick objects on a mesh?

I am trying to model a head with rasta hair. The rastas are bezier curves with a bevel object (here:cylinders). I got them roughly in place on the X and Y axis. Z-positioning is way off at the moment.

Now I am looking for a way to stick them on the head (sphere) and rotate them orthogonally to the surface. It would be very helpful, if the cylinders would stick to the surface at any time, that would make it so much easier to relocate any cylinder on the sphere. 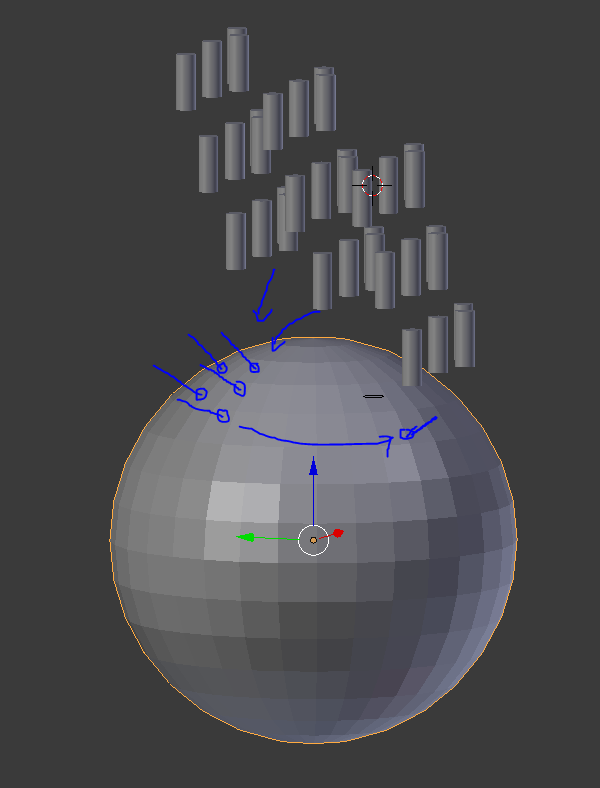 just use the snap to vertex tool, to put them close to the head, then, make the head a parent to the hair, i think this should work fine, btw for the first part, im not sure if thats the easiest way to do it cuz it needs a lot of tweaking and stuff, anyways hope this helps:)

You can align objects rotation to the target when snapping to the head mesh, it’s a snapping option that becomes available in the right context in the 3D view toolbar. But otherwise you might want to look into using the particle method which is really designed to easily align and snap and distribute all at once.

Here’s one way of doing it.

First create a sphere. Then put the cylinder on the surface of the sphere.

Then select the sphere and press “Shift + S” then select “Cursor to selected”. 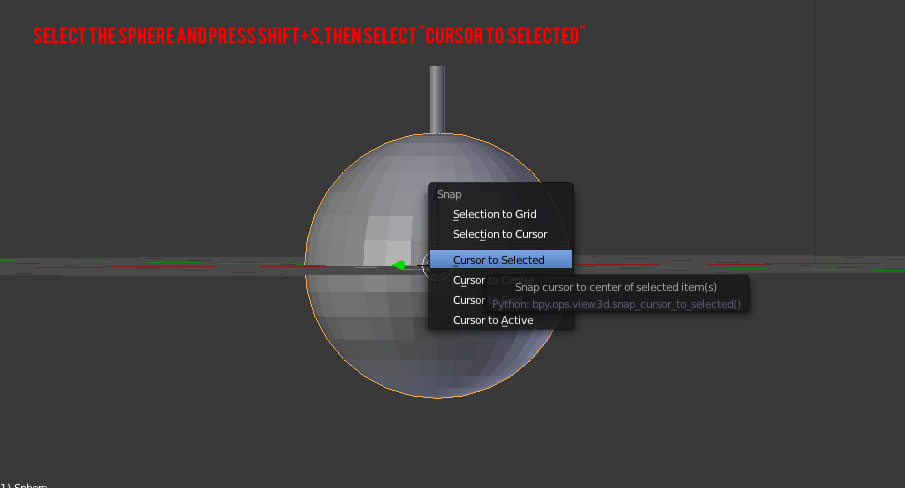 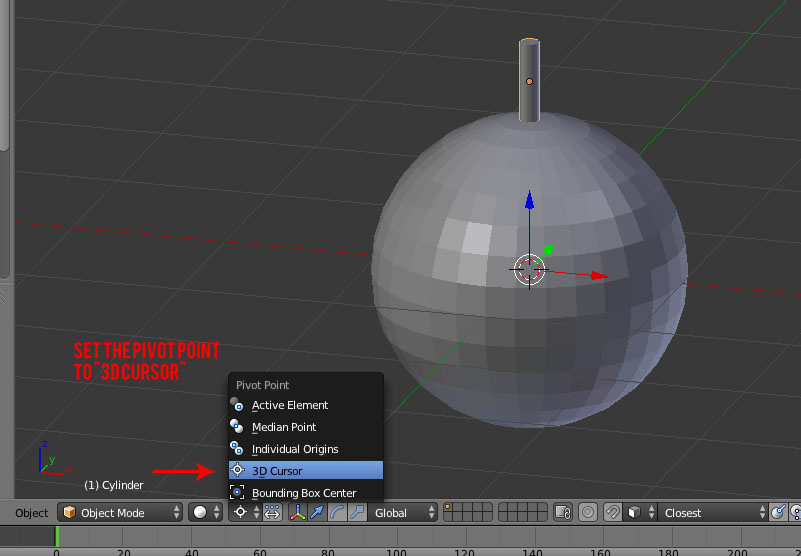 Now you can rotate it around how ever you like. You can duplicate the cylinder. But after duplicating don’t move it around, just rotate it.