Wayyyyyyy to much time on your hands!! 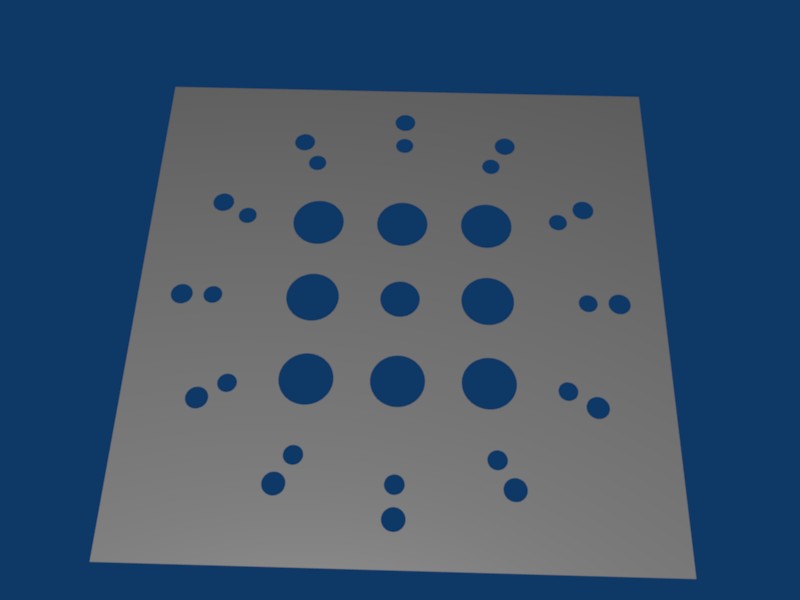 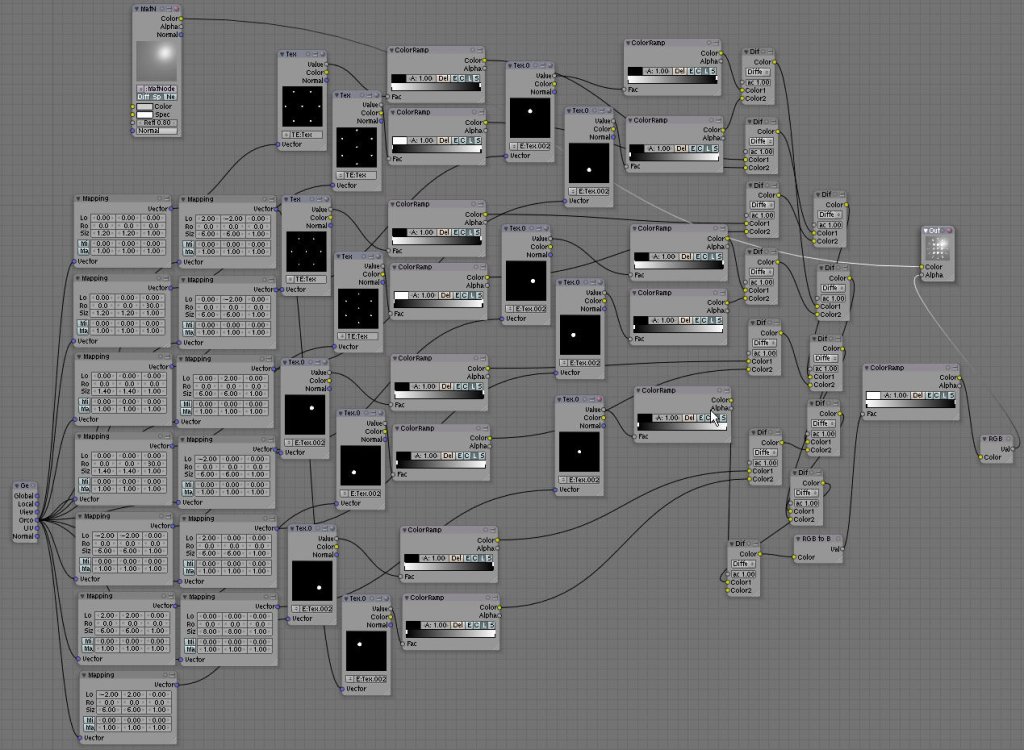 wow… you do have too much time on you hands.
or don’t have an image editor…
it’d probably render quicker if you just modeled it.

so that’s just a plane?

phew what settings! How long does it take to render?

It was more of an excercise in could it be done as opposed to should it be done. Basically, I started out with only 1 texture, the default setting for the texture plugin dots2. I used it first with a mapping node to scale it down a bit, then the same texture with another mapping node with the same scaling, but rotated. Next I used a color ramp nodes, from one texture node, the color went from black to white, no alpha. The other went from white to black with no alpha. Next I used a mix node, using difference, and a factor of 1, and finally into a color ramp, then B&W then into the alpha socket of the output. The last color ramp controlled wether I ended up with a plane with holes, or by reversing white and black, a bunch of little circles.

As for render time, its hard to say how this kind of setup would affect it, being just a plane, it was really quick.

I dont know how useful any of this could be, but if you have ever looked at Genetica, this is the same concept for building up tileable textures. In general, how does procedural rendering compare to image/UV rendering?

Yes, that’d be great!
Nice practice.
I guess there are ways of making holes in a mesh other than tedious work or booleans.

OK, but b4 I do, I will clean it up a bit. I will group some nodes, and also create another simpler node set up for a separate object.

Really impressive, however pointless, but impressive none the less!

Really impressive, however pointless, but impressive none the less!

What we have here is a method desparately seeking need!

I’m too new to Blender to even know what the heck I’m looking at! But it does look cool

The bmr has been hacked, and that is where I had planned to post the file. You can either wait, or send me a PM with e-mail address, and I will sent the 51kb zipped file.

Haha, how amazingly pointless. I like it a lot, for the exercise that it surely was.

OK guys…pointless it was. However, did anyone happen to see my post in the textures forum regarding alpha in a material node?
http://blenderartists.org/forum/showthread.php?t=83798