How to unwrap triangle faces along y axis? 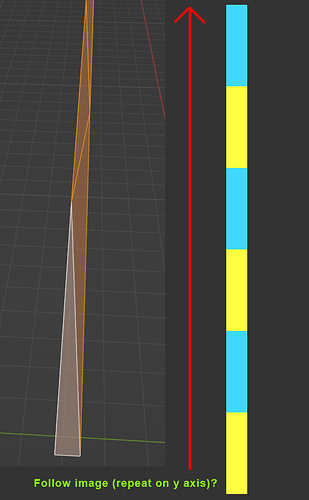 I made a long object. The problem is, that I have a lot of triangle faces. Of course, “Follow Active Quads” does not work, because the faces are triangles.

Tried all variations. It does not work:

I forgot to mention, that the object is not straight. Sorry.

Yeah the triangulation is far too extreme to turn into quads. And is this a tapered mesh? Then its anyhow gonna fail quickly. Texturing triangles along a tapered mesh leads to problems quickly. Generally do it with 2 curves. One for the path one for the flat line profile. ( Set that as bevel object ) Then you can much easier adjust the resolution what is also the way to fight texturing problems in this case.

And is this a tapered mesh?

I made a Bezier curve. Then added a plane and scaled it. Then used an array and curve modifier. After that I used a decimate modifier.

Ok then forget that part, still try it with a curve bevel. In the properties panel under curve theres the bevel option, just in case… 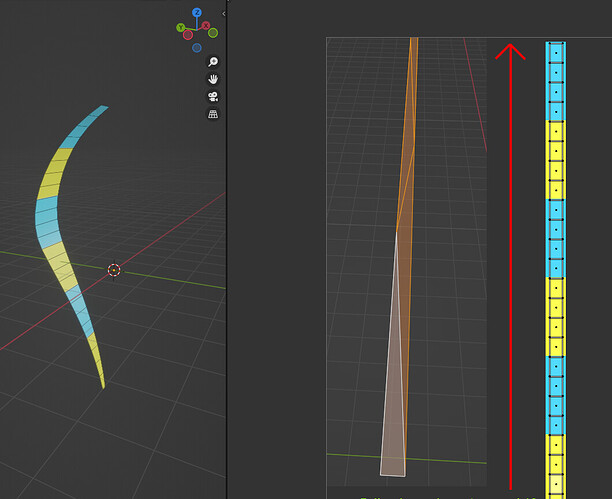