How well (badly) does this run on your computer?

Hi, I could do with some feedback.
I’m working on some modular node based terrain textures with animated water, but I want to know how it runs on other people’s computers.
My PC has no problems, but I don’t want to make a game no-one else can play. 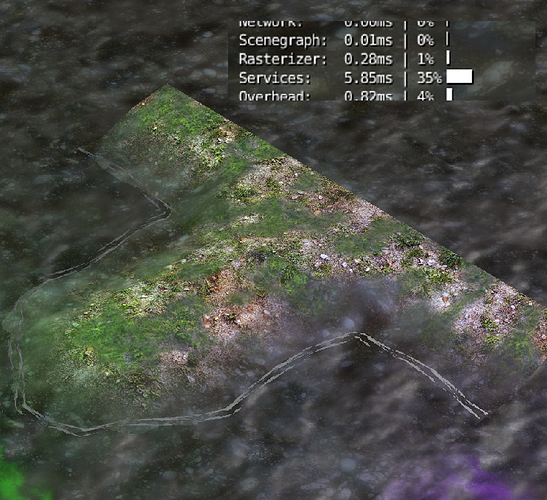 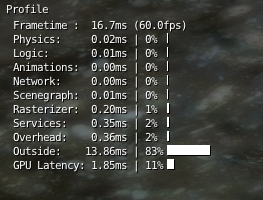 solid 60 fps, no problems here, keep doing what you are doing, it looks good. 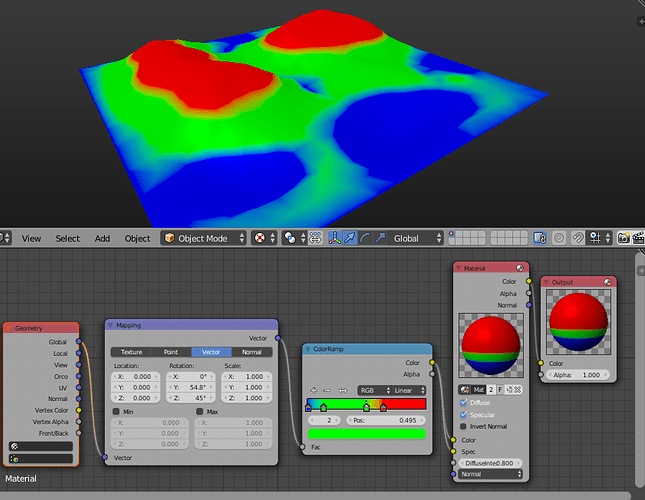 With that node setup you get a mask based on height where you can put three textures, use a separata rgb and mix nodes to use it, of this way you don’t have to use a mask texture. But, I don’t know which way is faster.

Edit: But That I think, It will not work with ripples, so I don’t think It will be a good idea to have two system for mask the textures, as you already have one that works well with both.

Edit 2: Also you can get a simple mask by this: geometry node (global) -> Separate RGB (“B” : Z, rgb = xyz) -> Math node: subtract/add some number (by default, the geomtry node will give you a mask where the middle is the cordinate 0, so using a math node you can change it) And use it as fac in the mix node to mix two textures. Also you can use a rgb curve to get hard or more smooth edges in the mask. Example: terrain mask height.blend (130 KB)

Runs fine, 60 fps, 0.23ms Rasterizer. I think node textures are just fine, I think Blender does not care(concerning performance) if it is node texture or a texture made with material editor.
Btw, nice way to fake ripples, once I was wondering for days how to do something like this.

P.S. Maybe you should remake the same scene with “normal” textures and give it to us to compare the two scenes.

Thanks for testing it.

I may use Carlo679’s method for some parts because masks have a really bad tendency to pick up artifacts from mip mapping. I hadn’t figured out how to map global co-ordinates to the z axis… thanks for the tip.

I won’t be using normal maps (except water) on this one because it’s an outside scene and the lighting is too diffuse to get good results.

I’ll be using a script later to place the modules based on random level generation. The result should be small islands linked by wooden bridges.

Smoking_mirrror i get a framerate 60 on the hewlett-packard i use.

You guys should have unchecked Use Framerate to give him some better ideas of the range it could be in (if you got 60 FPS).

I’m running Windows 7 64-bit with 4GB of RAM. I have an AMD Radeon HD 7700 graphics card - a fairly old card now. It was an OK card when I got it 4 or 5 years ago for around $100 or so, IIRC. Still performs fine for well-optimized games like Batman or The Sims 4 or something like that.

Anyway, I’m getting upwards of 500 FPS running the game standalone at 1366x768. The biggest drain is on the Rasterizer, and secondarily, Overhead. Both are around 33%.

Very nice material node setup, man! I wondered how people did stuff like this.

Uh, I get missing textures…
60FPS, but without textures.

I unchecked Use Framerate.I used sniptool in the blender game engine to take a picture.But i could not post it because it was over a couple of megabytes.But here is the information.
framerate 56
physics 0
logic 0
animations 3
network 0
scenegraph 0
rasterizer 9
services 0
overhead 18
outside 2
gpu latency 65 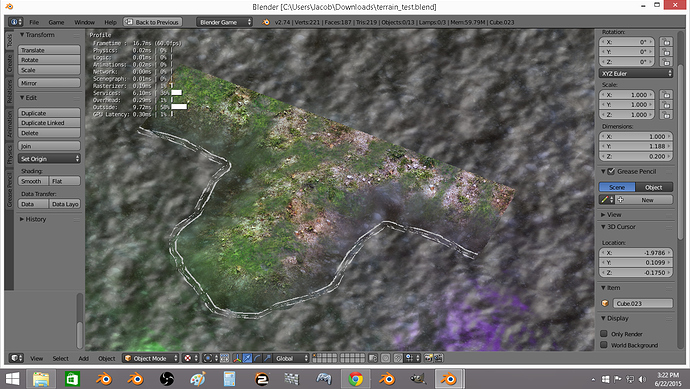 here you are sir

Thanks everyone, especially @carlo697 for the great tips.
I switched over to a height based gradient mixed with some low res noise instead of the texture mask.
it got rid of the problems I was having for a long time with mip maps causing color bleed at the edge of the tiles.