I’ve tried to model a sketch I made of the head of a character I want to animate. I’ve used varying topology diagrams, and the only loop I need to construct is the one that circles the mouth and ends at the bridge of the nose.
I think it’s my best work yet. I want crits on topology so far. The Jaw doesn’t match the frontal sketch, but it would have made the character look stupid in the side view, so I let the frontal jaw shape itself to make the side look right.
BTW: I can’t draw, that’s the best concept art I can do. 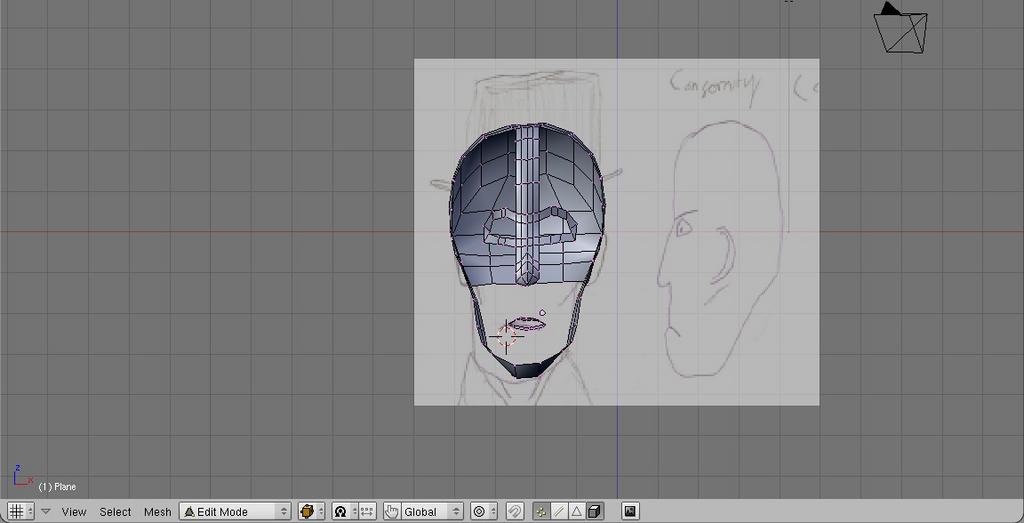 The first thing to do is get the shape right.
In the top view the back of the head looks too square.