I made this human head in Blender using only quadrangles (no triangles). I plan to write a Python script to modify facial features to create a variety of heads using this model.

Only half the head is modeled. The other half is created with a mirror modifier. I had previously used a Laplacian smooth modifier (but I applied it).

I had to have a large grid of vertices on the back of the head to make it all quadrangles (this is visible on one of the links to Google Photos below). I did model eyeballs but they are not visible since the eyelids are closed. The mesh is 371 vertices without the eyeballs.

Some things I’m not sure about are the vertices at the top of the nose right below the brow. I’m not sure if they make it harded to make that part of the mesh look smooth. I’m not sure the chin looks good and I’m not sure I connected the ear to the head very well.

I attached three screenshots of my mesh to this post and an additional two are on Google Photos: 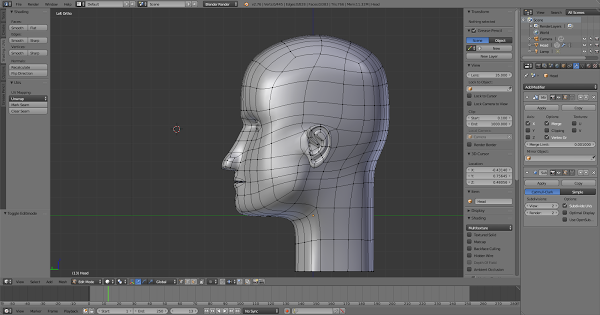 Here is the Python script I used to count the number of poles if anyone is interested: 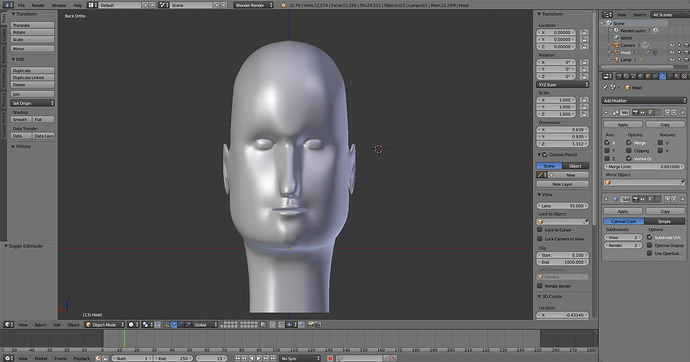 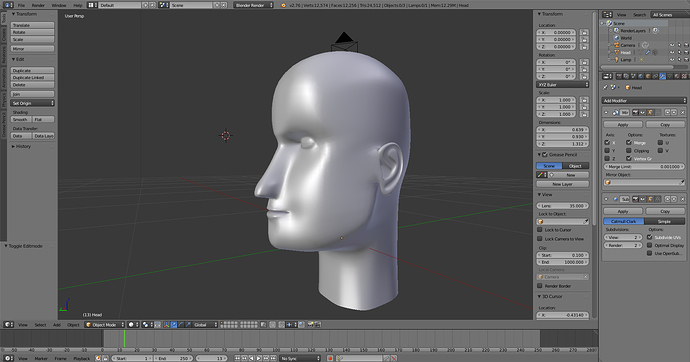 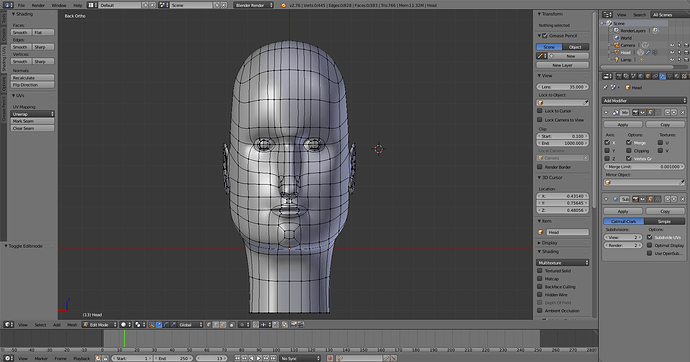