I was reluctant at first to post my work because i dont like comments, but after reading around i found that 99% of comments on this forum are constructive so i changed my mind.

This is my first big project. Ive been fooling around with blender alot in the last year (im pretty well versed in all the softbody, fluid, rigid body, etc stuff), but i never had a real project. I decided it was time to start something serious about one week ago and i decided it was going to be a realistic human (first ever modeling experience…) which i plan to use in a short animation im thinking about, but thats in the far future because i have alot of work to do.

Im pretty much done with the modeling (see attachements below), but if somethings wrong with the mesh please tell

I used a MakeHuman base mesh but i altered it so much i can call it my own, i just wanted to save me all the topology stuff for now :rolleyes: Ive also done the UV unwrapping (se below).

Right now im in the (painfull) process of drawing the bumpmaps. I have some good textures already (see below) for the nails, teeth, nipples and tongue.

Plan for the future:

But i do have a question right now too.

-Should i use the original model for the UV unwrap or should i subsurf prior to unwrapping?

Crits and comments welcome, as long as its constructive

Ill try to update frequently. Ask me if you want other views. 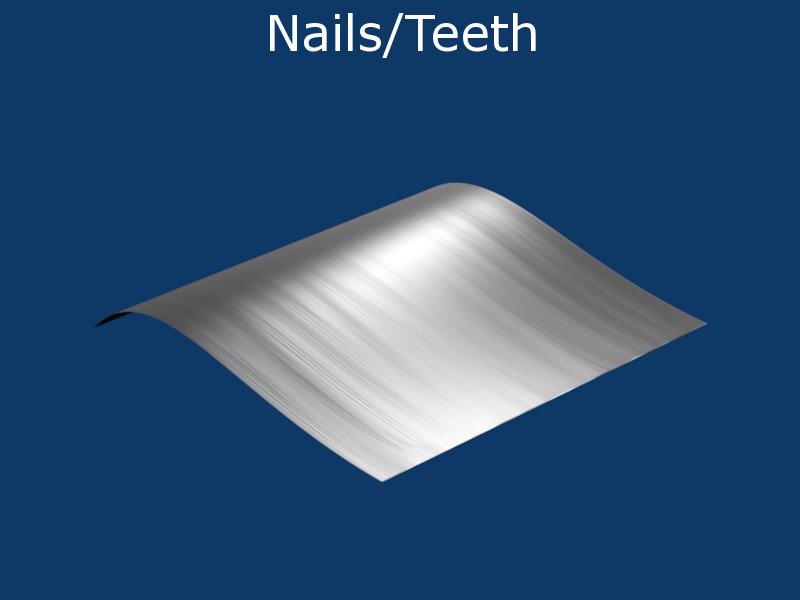 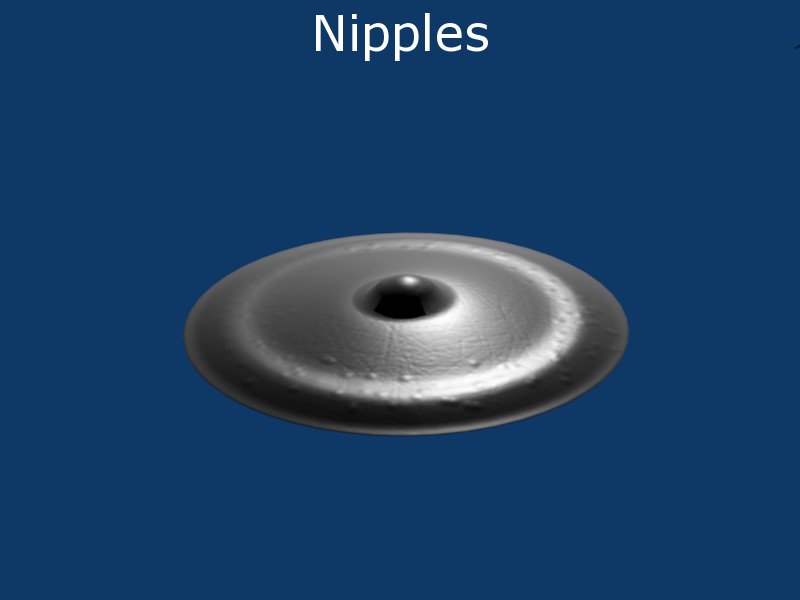 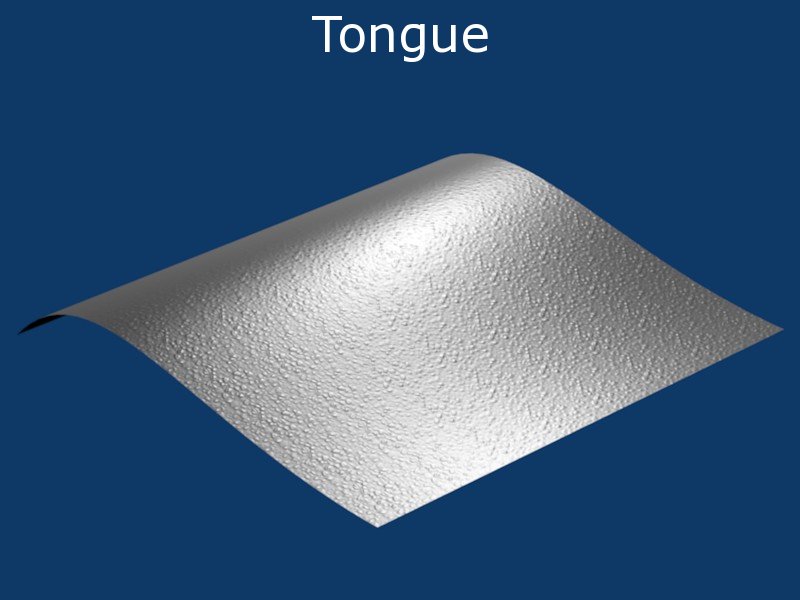 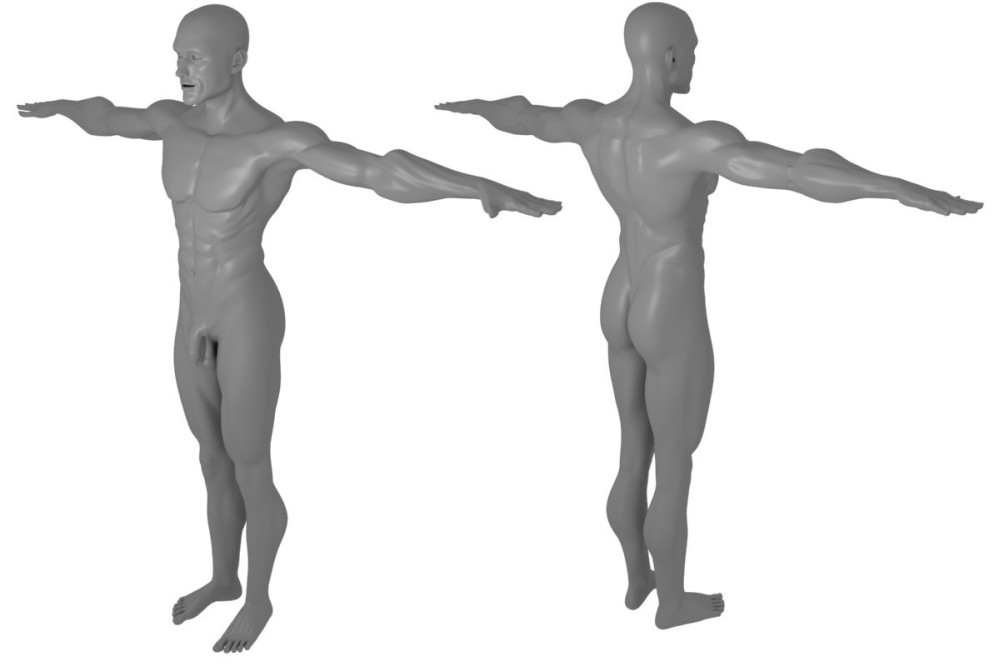 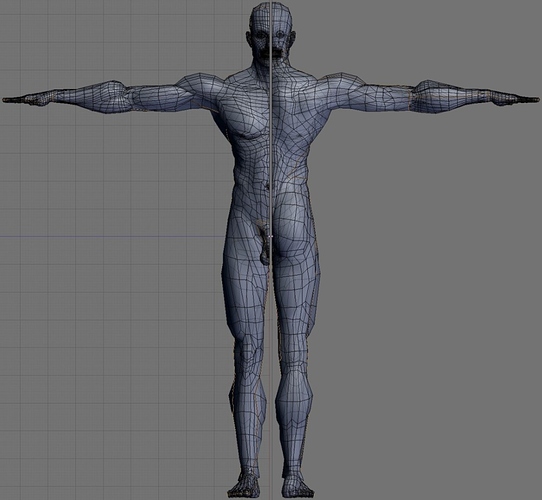 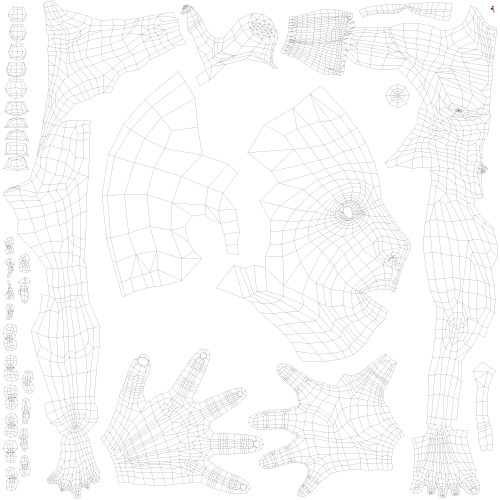 I think his waist looks a little too slim, which makes his bottom look quite feminine! Plus, his waist area looks a bit boxy, with the front and sides a little too flat. The upper chest and shoulders, on the other hand, stretch out too far to the sides. The overall wedge shape of the male body just isn’t there. I think he’ll look quite odd when you put his arms down by his sides. Try it and see what happens!

Also, his forearms just don’t look right. They’re too bulgy around the elbow. The shape is kind of right but too exaggerated.

Otherwise its looking quite nice as far as I can see

Ok i altered the model with your crits in mind.

I broadened the waist a bit, but not too much cuz i didnt like it too broad. To compensate i flattened his butt a bit and it looks better indeed

I also resized the bulge in the forearms and i like it better too. And i pushed his lats back in a little tehn i shortened the biceps a tiny bit because now they appeared too long. He looks a little more “wedgy” now. Thanks for the comments 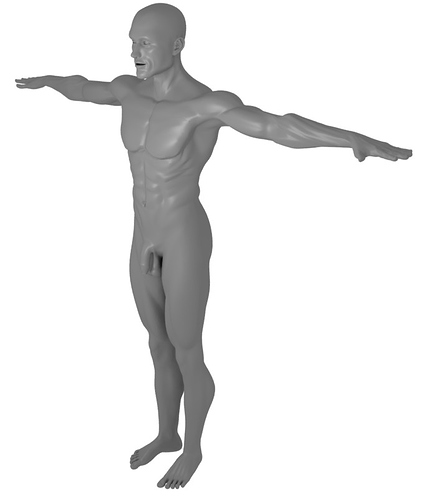 Since the thread is sinking into The Oblivion of the Second Thread Page, i thought its time for an update.

I almost finished the bumpmapping (all but the face, not very visible on the quick render below). But the most significant advance would be the materials. I added 10 materials on 12 vertex groups. I like the color, but the reflections need some work, realistic skin is very hard to get without subscattering. And i still need to play with the color ramps. I beleve yafray can now simulate SSS with an XML file hack.

SubSurface Scattering is now supported in Yafray - It is by no means physical correct but rather a quick hack. A new version that will replace the current one is under way. SSS is only accessable by XML editing your scenefile. In the example below, in first place there is a sss block where SSS parameters are defined. In second place there is a blendershader block, where the sss block is called in the environment value tag. Yafray shaders are located at the beginning of XML files: <shader type=“sss” name=“w_ssstest_10”>
<attributes>
<color r=“1.0” g=“1.0” b=“0.0”/>
<radius value=“1.5”/>
<samples value=“100”/>
</attributes>
</shader>

A short description on Subsurface Scattering can be found on wikipedia.org:
http://en.wikipedia.org/wiki/Subsurface_scattering

How can i edit this into the XML? where can i find it?

I played a bit with colorbands and heres the result. The skin does look a bit more realistic and less plastic but i definitly need SSS. 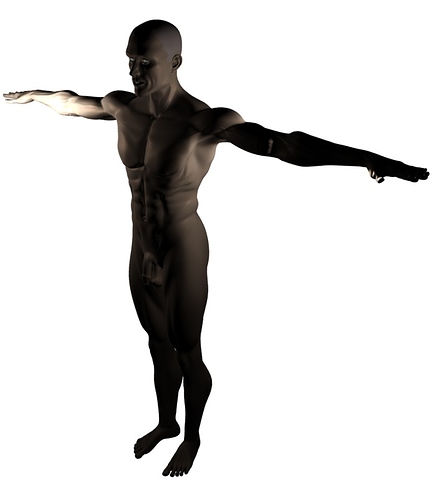 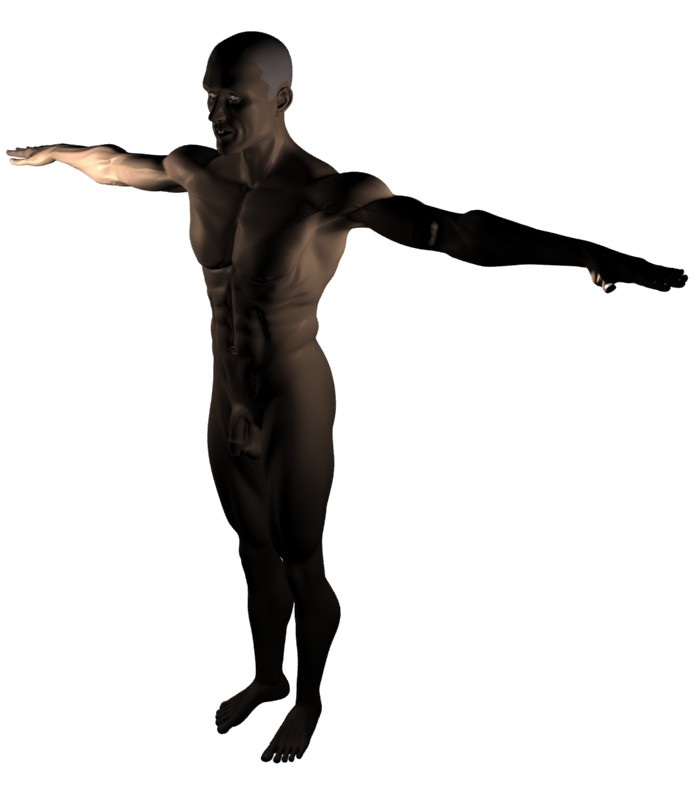 impressive modeling! I looked at the model for quite a while but the feets look much to small to me for a man. I know there are man with small feet, but this looks a little strange to:D

You’re right they look small but its an illusion caused by the view angle and perspective :p. Heres and orthographic sideways view, the feet appear to be right sized

Your right i thought i could be that, but i wasn’t sure

Heres a render of the head with finished bumpmaps. They are subtle as i wanted. Im glad im done with the bumpmap, my comp has a hard time with editing the 5000x5000 TGA in GIMP lol :o

Dont mind the eyes in still working on them, and the scalp will eventualy be covered with hair. The lip color is too amphasized by the hard separation line between their color and the skin’s color, i need to fix that. 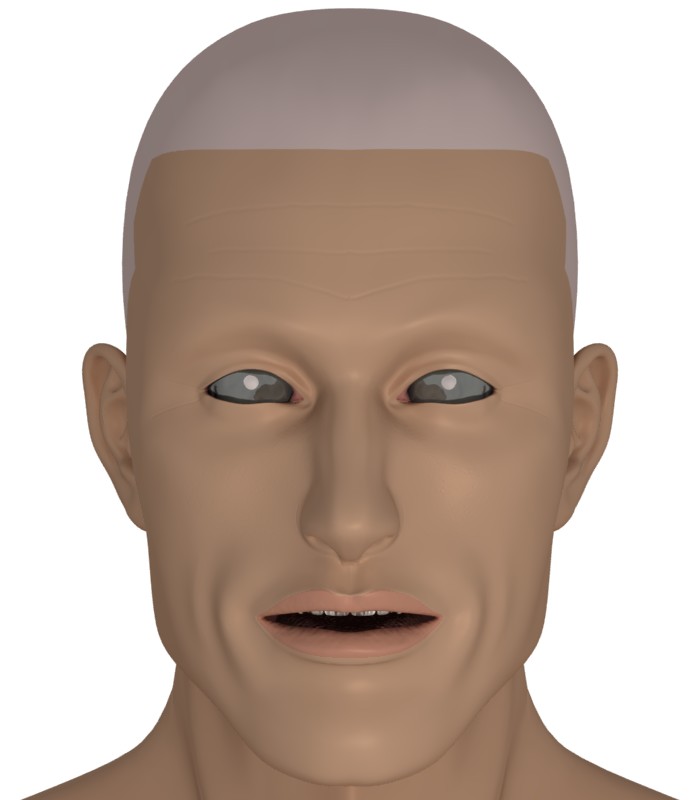 Ok… after much frustration, i think i nailed the eyes

The render below was done in blender internal because the eyes dont render corectly in yafray :mad: the iris is all black in yafray because the cornea casts shadow. I tried adding photons but it doesnt work. I dont like blender’s AmbOcc, its too grainy and its slow… its like take your pick: fast and grainy or very slow and a bit less grainy…

Next thing on my list is perfecting the textures. After ill start rigging. 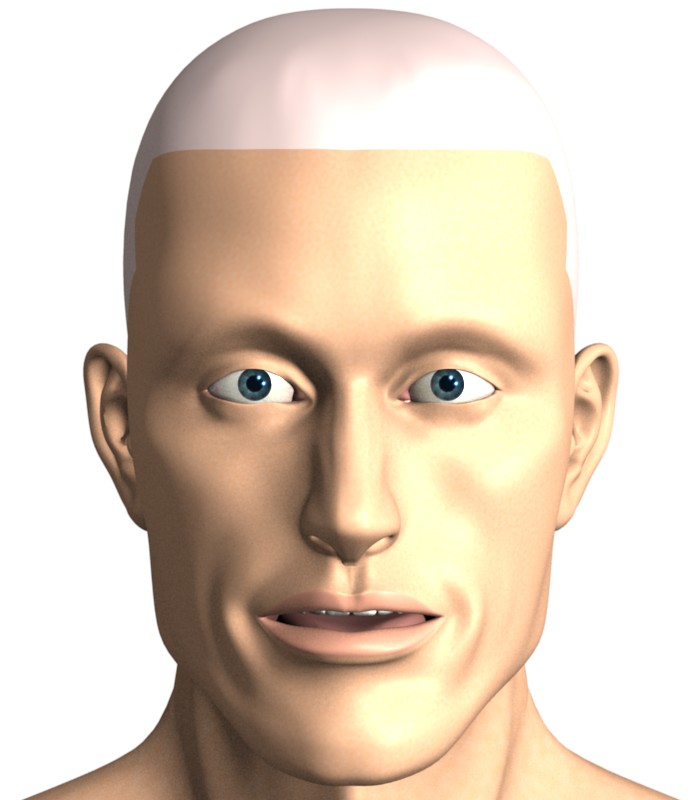 I tried to do the hair, but i just cant seem to be able to manipulate curves efficiently

so i decided to do some more work on the textures, but as soon as i changed something in one texture all 10 others screwed up…

So saved the file with a new name and out of frustration i deleted the poor attempmt at hair, i deleted the bumpmap (in this file, but i kept it in the older one) i chopped his male bits off and replaced them with a simpler bump i prevision for rigging. I deleted all the unecessairy materials and textures. Then they all screwed up and i straitened them all out again.

Basicaly, i simplified the model, perhaps more than i wanted to, but im saddened to say i aimed too high for my skill level

Now i need to find a workarond for the eyes, i want to use yafray so i need to find a way to get the cornea to not cast shadows. I also want to find an easier way to make hair. I might try to do poly hair, but somehow i doubt its simpler lol