The main purpose of this image was to test my experience with fur. I don’t know what is this animal but i can say that it belongs to the feline’s family.

I’m waiting for your opinions, suggestions and advice. Thank you. 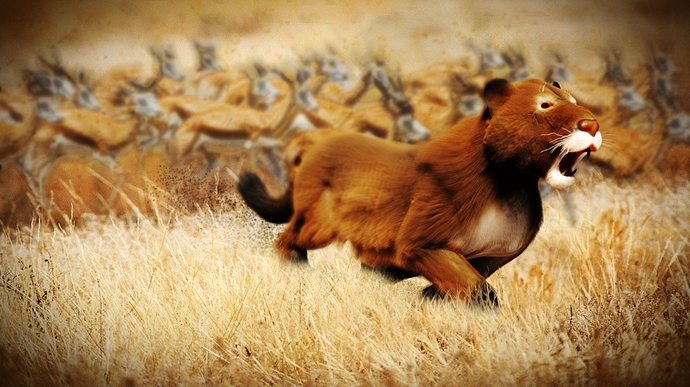 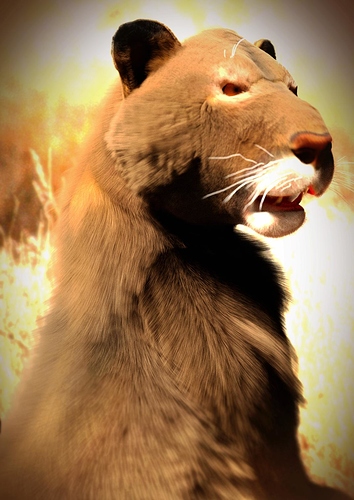 Very nice. One thing I’d have to say is that based on my cats =)) the fur near the eyes isn’t anywhere near as dense as the fur on the body. Also, the whiskers look look odd, they should be straight, not fumbled. Also, the fur looks off on the body. Not because you did it wrong, but because there’s too much of it. On a feline in a savannah there would be less fur, so the feline doesn’t overheat. Other than that, very nice! You might’ve just created a new species =))