General Forums Blender and CG Discussions
justwannapost (justwannapost) May 25, 2020, 2:34am #1

…So this has been bubbling under for some time, just thought I’d let it out.
Modern movies, say like Lady and the Tramp where a REAL dog talks…suck! The whole joy of the movie would be that it’s a cartoon - that’s the entire JOY of it! For instance, there were people who liked the old Beauty and the Beast, the 1992 one - ie. they PREFERRED it, to the new one! I think what happened was, CGI reached photoreal levels, and Hollywood couldn’t really figure out what to do with it, so they made, like, talking lions and monkeys and cats and dogs, WITHOUT caring whether the audience actually likes these things, and would actually PREFER simpler stuff (but more charming) instead!
Don’t kill a kid’s heart, will you Hollywood? I mean, everybody still watches Tom and Jerry, SEVENTY years-ish after they were released!

The major problem with overdoing it like with the Lion King remake, is that Disney got fanatical with realism to the point where the characters could not make unnatural lip or jaw movements. As a result, the fact the animals could still speak perfect English made a lot of people very uneasy as there was barely any lip-sync at all.

It probably would’ve been better (for that movie at least) to just have the characters make animal noises and market it under the National Geographic brand (as the trailers seemed to indicate much of it resembling one of their documentaries anyway).

It should also be noted that Disney did hyper-realism decades before with the live action 101 Dalmations, but the dogs couldn’t speak in that one (just barks, whimpers, and other noises) so there was no uncanny valley problem.

It probably would’ve been better (for that movie at least) to just have the characters make animal noises and market it under the National Geographic brand (as the trailers seemed to indicate much of resembling one of their documentaries anyway).

An example of realism (mostly) done right was the recent live action Jungle Book. The rendering tech. was about as advanced, but they let the animals have cartoon-like speaking and movement abilities.

If I read right, Disney decided that what they did for the Jungle Book was not realistic enough for doing the same with Lion King, and it left them with a PR disaster instead of a true revival of what was then the highest grossing animated movie.

Has The Lion King been a PR disaster? I’ve heard nothing but good thing about it.

Though personally, I’m already sick of the trend. It was fine when it was just The Jungle Book. Aladdin was okay too, I guess. Still prefer the originals, but I appreciated the remakes for what they were. With The Lion King, I knew it was becoming a pattern. Now I’m expecting them to release nearly their entire back catalog over the next 5-6 years or so.

…and why wouldn’t they? They’re already well known movies with tons of mindshare, beloved by generations of kids. The scripts already written and storyboarded, and they already know everyone’s gonna love it. It’s guaranteed to make its budget back, and then some on brand recognition alone.

It’s the same way with Star Wars, Star Trek, the Marvel movies, and whatever else. Everything has to be a franchise now, has to be milked for every drop its worth. There’s no time to enjoy the occasional thing anymore. It’s “find one thing people enjoy, then spam the hell out of it until they’re all sick of it, and it’s no longer profitable.”

Hell, Pixar seems to be the only part of Disney doing anything new anymore.

and then some on brand recognition alone.

It’s a Scary world where a story becomes a BRAND!

How many people think today’s kids are gonna -go retro-, and start watching the OLD cartoons instead of today’s hyperreal CGI bullshit?

I expect in 10 to 15 years you will see Disney coming out with
“Brand New Animated versions of your favorite live action classics like Lion King and Aladdin!!”

Something really important. Back when cartoon animation was invented, the purpose was not to make them realistically accurate. Cartoons were an attempt to break all realism conventions and open a gateway to alternative interpretations. This is why the essence of cartoons or anime is supposed to be surreal and out of this world, an exaggeration or alternative view of reality.

For example this 1930 cartoon, can blow Lion King out of the water, in many terms. Except for sure in visual fidelity, Lion King is a clear win. But anything other than visual fidelity is much stronger here. World Building + Story + Aesthetics + Humor + Experience…

On the other hand, computer graphics, since birth want to become realistically accurate. Where the holy grail is of computer graphics 1:1 accurate depiction of reality, once this happens the chapter closes. But as of now there is still the road block of techniques and computing power that still needs to evolve.

So there are two different philosophies here, and two opposing forces that contradict with each other. Trying to blend these two together is a no go, unless you can consider the new produced output as a new sub-genre. As for example some artists have painted hyper-realistic Spongebob and Simpsons characters and the result is not good in terms of aesthetics. Actually is like the purpose of the painter was something like a parody or caricature, or some kind of mockery towards the CG realism community.

How many people think today’s kids are gonna -go retro-, and start watching the OLD cartoons instead of today’s hyperreal CGI bullshit?

Why do you even care if your kids want to watch hyperreal instead of old? They’re in it for the story, you’re in it for the nostalgia. Do you think they have a better musical experience listening to cassette tapes rather than mp3 as well?
While I can see some like the nostalgia aspect, I don’t think it should be how remade stuff is made. I prefer hyperreal myself, as a reference to what is actually achievable from a technological standpoint. And making them hyperreal is part of what drives our technology forward. Like disneyresearchhub on youtube or disney’s involvement in shader development (principled).

The major problem with overdoing it like with the Lion King remake, is that Disney got fanatical with realism to the point where the characters could not make unnatural lip or jaw movements. As a result, the fact the animals could still speak perfect English made a lot of people very uneasy as there was barely any lip-sync at all.

Yeah, out of the uncanny valley, we climbed on top of a tech-mountain just to rush down in a new valley, uncanny again! 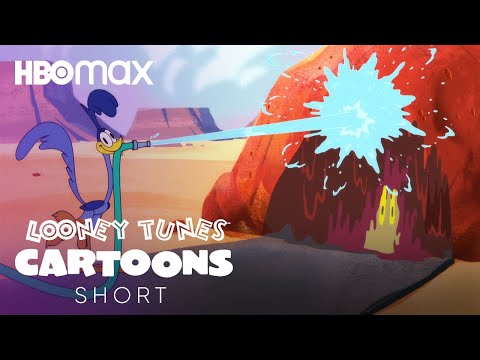 To me Pixar has found the right balance, from the cartoon to 3d, with the right portion of realism in shading.

Disney abuses 3D and so does a lot of Hollywood.

Such uses as in the new Lion King, though technically amazing, are artistically inferior.

Why do you even care if your kids want to watch hyperreal instead of old?

For example this 1930 cartoon, can blow Lion King out of the water, in many terms.

…is there some way to recreate the magic of those 2D cartoons in 3D? I guess that’s the question here…

In “Lego Movie” you can see that it was strategically animated to ensure the stop-motion effect, and it worked great in that case. Because it did not hit the uncanny valley.

However in 1930 cartoons, the main feature is that characters are very elastic and bendy, the animations features are very fluid (seem like water).

Is no joke that I can find the direct equivalent in techniques used in clay stop motion animations. And in fact many people have succeeded creating convincing clay-stop-motion in Blender.

This animation technique can be better expressed with a new way of displaying graphics, which is something like voxels or metaballs. 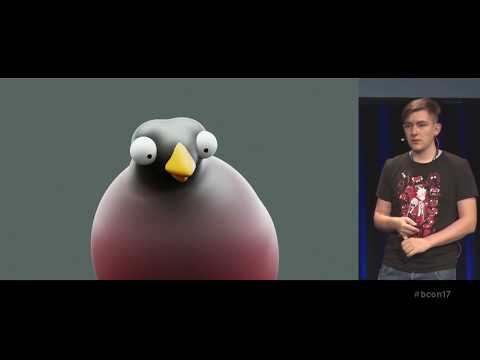 So the idea is for a good pipeline would be like this:

I have never messed with either grease pencil OR metaballs in my life, but…EVEN THEN - yup, yup! Those are the lines along which I would have thought too, had I known what those were…

The only thing I accept as hyperrealism is the art style defined by the OG’s at blizzard back in the day:

Everything else is just wannabe imitation.