Hey everyone. I decided I wanted to learn how to work in 3d, so this will be a showcase of my work from start to finish. Thanks for looking! I hope to learn a lot! 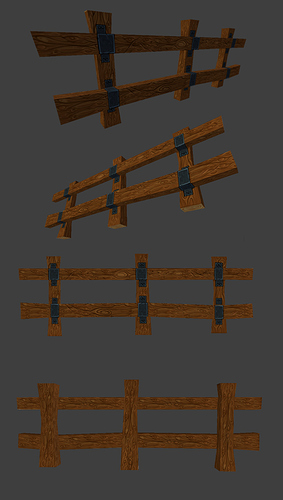 This is the first thing I’ve ever made in 3d, and also in Blender.

It’s simple, but still took me hours. I feel like I understand how 3d stuff works pretty well, I just have to learn the massive hurdle of learning the gui, and what all the fancy checkboxes do.

It’s quite good for your first model. The best advice I can give you about learning blender is to try to learn it little bits at a time instead of all at once. I would suggest starting out by familiarizing yourself with the mesh tools, like the spin tool, the knife tool, the loop cut tool, the rip tool, the inset and bevel tools, and a few other tools. check out subsurface modelling, proper topology, edge loops, and edge flow.
(edit) also, when you post a model people like to see a wireframe, usually. some people tend not to post them, but you will get much better critiques that way.

Thanks for the feedback and advice! It really means a lot! I can’t wait to learn more! I will look up each thing you mention, a tough part for me so far is just not knowing the terminology! 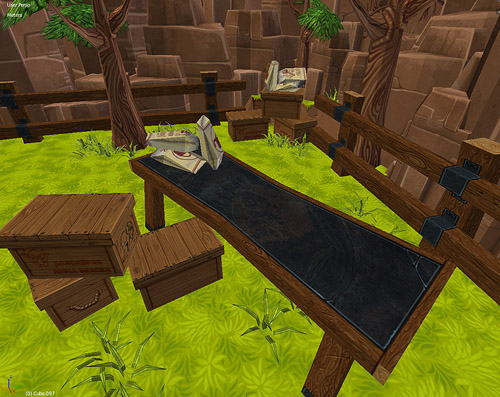 Here is my first environment. I know it isn’t fancy. I figured working on something kind of old school game looking would give me a little elbow room while I worked on learning the ropes. I know the shapes are still pretty basic, the triangle counts are very low for the entire scene even. Something like 3k, at least I think that is low. Haha.

This is a viewport screengrab, not a render.

Alright, here are my newest attempts at character/creature models. And a little organic stuff. In order of progress. Thanks for looking! 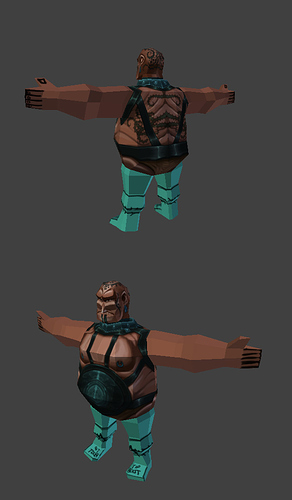 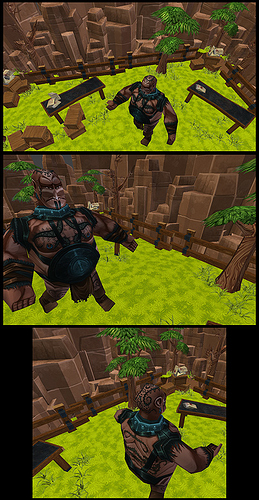 This was my first try, I gave up halfway through. 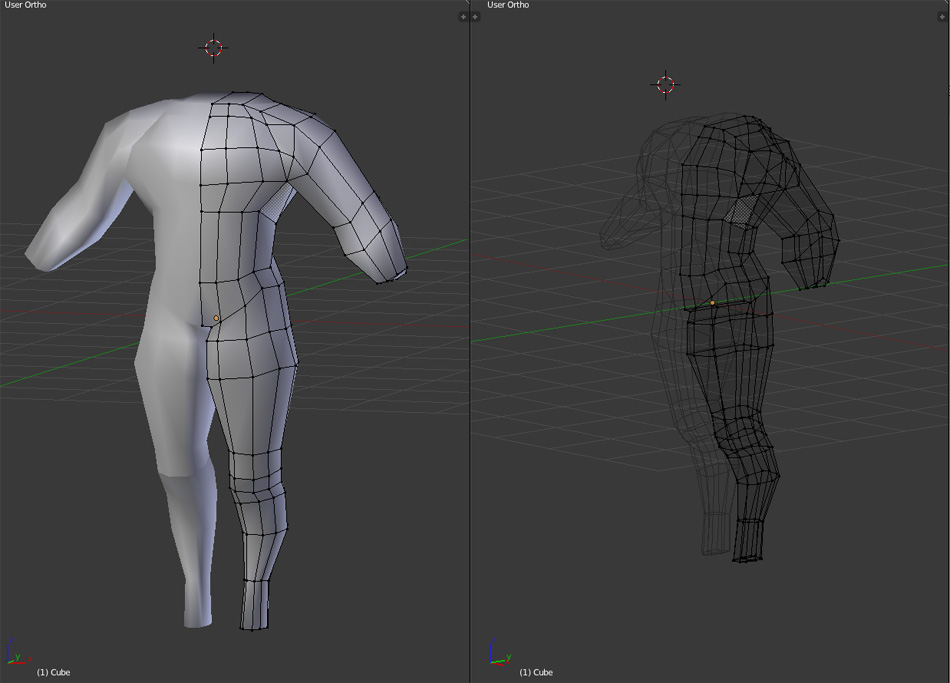 Second try, but again, messed up so bad I couldn’t continue. Kept duplicating vertices, I think I’m hitting the wrong keys on accident sometimes and not noticing.

This is my third model. I feel like it is way better LOOKING than my first model. It has around 800 triangles I think. Can’t remember for sure. I rigged it, but had serious problems getting the armor to lock onto his bones. I really need to find a good, slow, clear rigging tutorial. I think next time I will rig the model up before adding the armor on maybe. I tried using the weight painter on the armor but that seems to make thing worse. 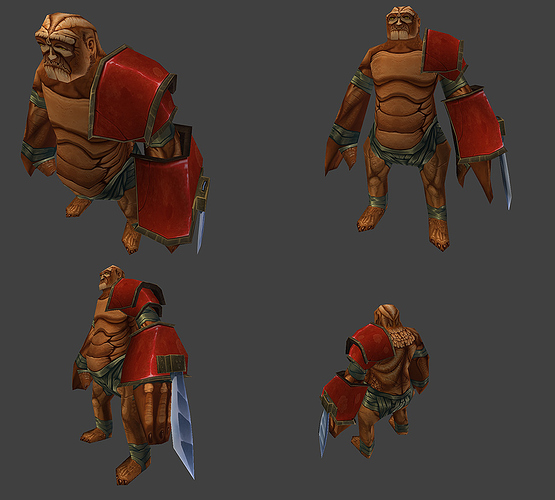 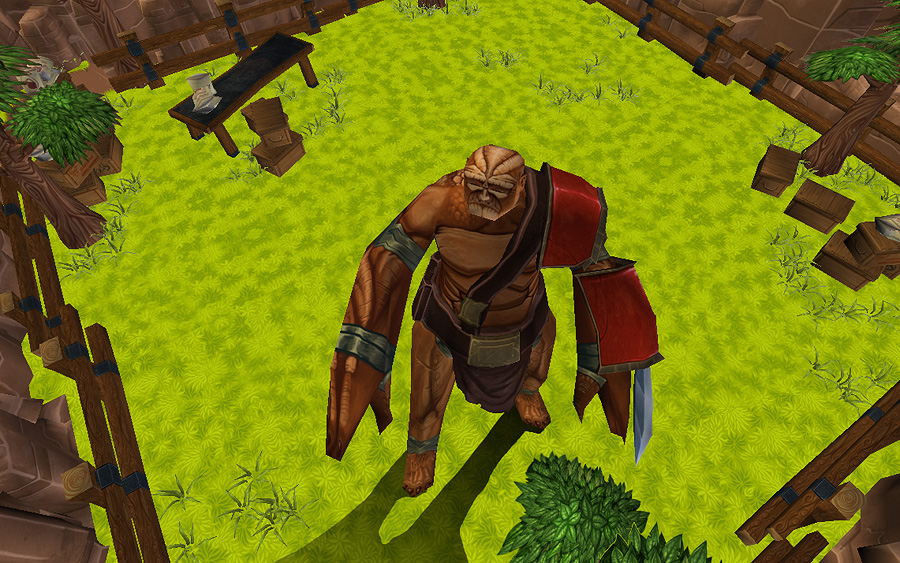 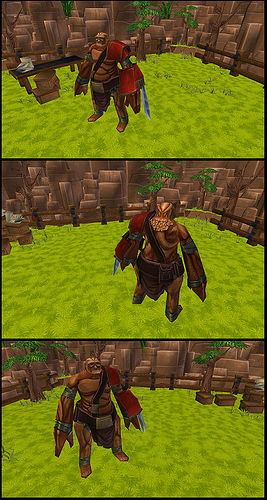 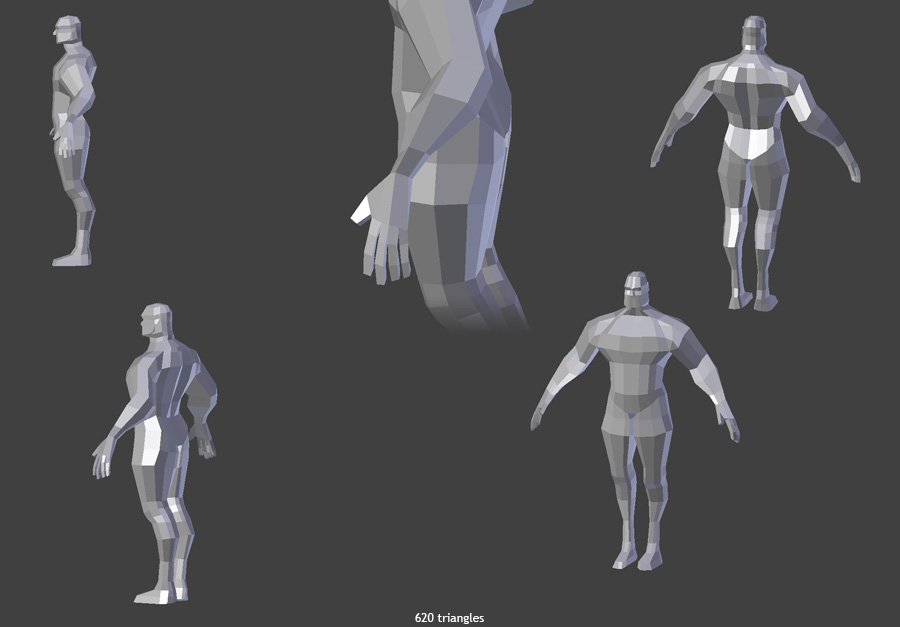 This is my newest model. I’m FAIRLY please with it. Kinda has a team fortress vibe or something going on. I did draw this on paper first and model from that, I have a background in illustration, but not in 3d stuff outside of doing some light texture work as a hobby back in the days of Quake 2. <3

Looking real nice. Are you making these for a game? You will probably want to look into multires, sculpting, and normals baking, to give them the illusion of being high poly.

This is my third model. I feel like it is way better LOOKING than my first model. It has around 800 triangles I think. Can’t remember for sure. I rigged it, but had serious problems getting the armor to lock onto his bones. I really need to find a good, slow, clear rigging tutorial. I think next time I will rig the model up before adding the armor on maybe. I tried using the weight painter on the armor but that seems to make thing worse.

Do you texture these yourself, or are you using projection painting??? If so, do you know any good tutorials for texturing characters and environments like this? Brilliant work btw

Modron, dude, that stuff sounds so scarey! Haha, I’ll give it a shot! I’ve only been doing this a little while though, I’m still learning the basics really.

Nathan, I don’t know what projection painting is, but what I do is just make a uv map, export to photoshop, paint it there, then import it. That is all I’ve learned to do so far and I’m not very efficient yet, haha. heh… ;_; 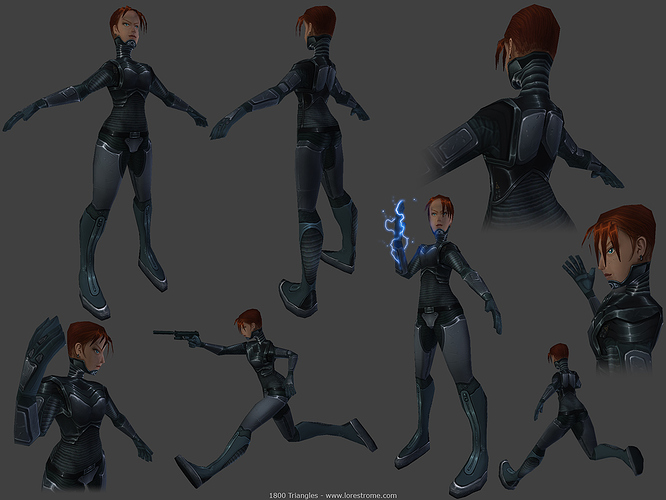 This is the fifth character model I’ve ever built. The texture was done totally in photoshop and uvmapped with with nothing fancy. I really don’t know what I’m doing yet! But I’m pleased with how she turned out regardless. I learn some with every model I build. I started learning to do this about 20 days ago. I like to keep a track record of my progress. So this is a very good and clear 20 day marker for my progress.

I’m teaching myself to paint in blender’s own texture paint, most of the texture on these was done in there. I took them into photoshop to clean up the jagged nature some. Still a WIP of course. 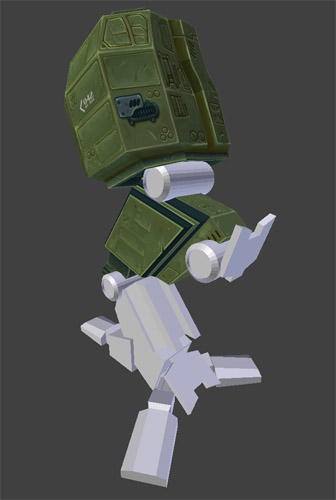 I finally got some free time to return to working in 3d, so here is a bit more. I thought I might make some parts that could be used to build a town or something, but it’s real tough to make this stuff mix well. Everything is its own model, the windows are not part of the building’s model for instance, they just attach like a sticker. As you can see, I know ALL the terminology. 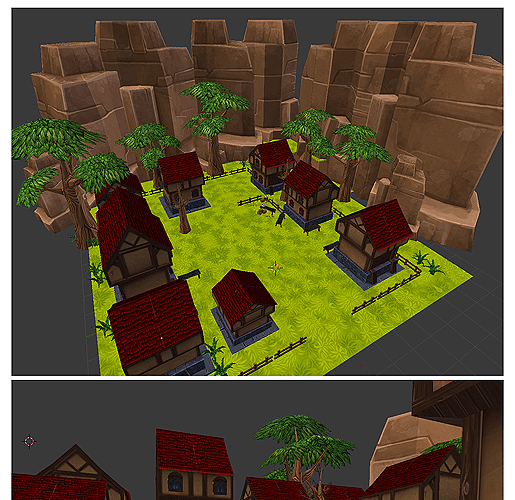 I did most of these texture in Blender as well, trying to simutaniously learn the texture painting tool, it’s SO FUN painting directly onto a 3d model.

(The dirt texture is not mine, it’s just there as a backdrop for now. I did not make it! I made all the rest though!) 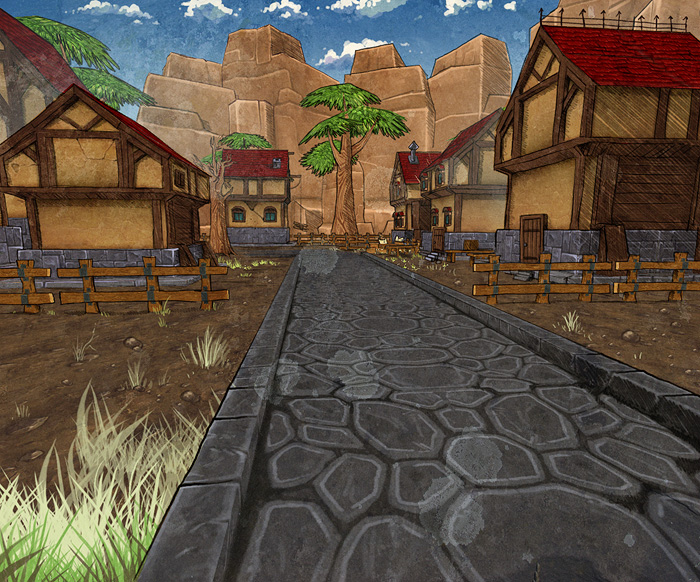 Hey your texturing is awesome! And your toon render above does look 2D - nice one! Have fun dude!

Wow man you are a monster your rate of progression is really something out of this world. You should seriously give sculpting a try. With you having an illustration background there is no doubt in my mind that you will take to it, like a duck to water. It’s really like hybrid drawing especially if you have a Wacom tablet or something similar. It’s like drawing on a canvas that you can rotate in 3D.

I would suggest something like dynamic topology it has a really shallow learning curve. A day or two of watching some youtube video’s and you are good to go. Plus it will allow you to separate working on form, silhouette, planes the artist side of things from the technical(topology).

Dude, thanks so much guys! Tyrant, I HAVE played with zbrush some, but have done nothing I’m proud of yet. I wish I had more time to spend working in 3d, but it’s hard to find time for it, and it is a very time consuming hobby so far.

I’ve been studying all morning and my brain is mush. Took a short break and worked on my town a bit more, here are two more screenshots. It’s still 3d, but I’m trying to make it look hand drawn and painted. I’m being a tiny bit sloppy on purpose to try to make it look more organic and less rigid.

Another 3d to 2d test, this is the same building and stone chunks as previously seen in the town images. I played a little Ni No Kuni with my little brother last week and I’ve had Ghibli on the mind ever since. Not happy at all with this, but, it’s progress I guess sooooo…

Nice pieces Hyptosis. On the landscape, how did you do the ground and sky? Did you use a plane and a skydome?