I used to make animation using vector graphics on Flash mastered it in one day. Anime Studio Pro, got hang of it in about a week, same with Toon Boom. I did do some animation in Maya but not enough to need an NLA strip if it even has one, same with Blender I’ve been staying on the main timeline with all my animations so far. Till last year I exported my Blender characters and props to software that was easier to use. This time I want to do it all in Blender.

I’ve seen 1 video on YT the guy did explain the best he could how the NLA worked on 2.79. Still scratching my head on using that and still can’t wrap my head around it.

Please help me find a tutorial for animating with the NLA that explains so well I could not possibly not understand how it works.

This one helped me understand it better. There are spots where I had to re-re-watch and think about it to see what he meant but the video made the NLA much clearer for me. 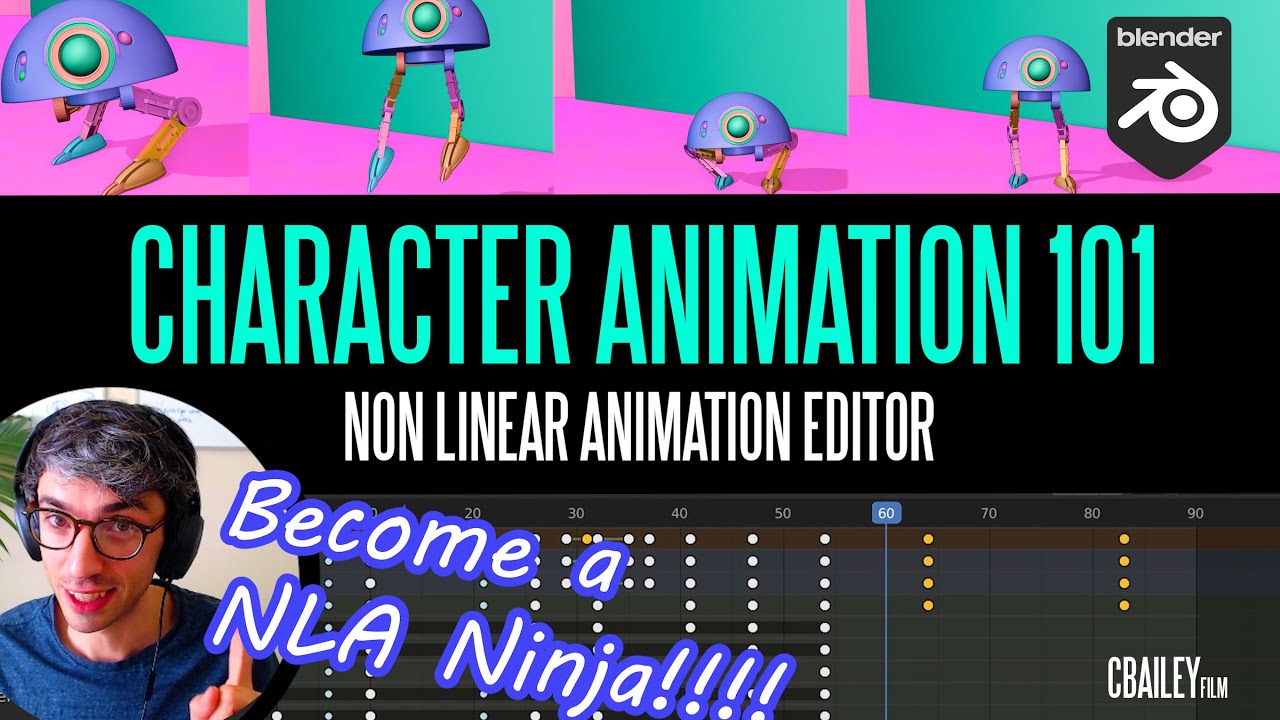 Thats a good tutorial…watched it the other day.

It does take a while to get your head around how actions/nla all work, but once you understand whats going on it really quite clever the way its been setup. When you create an action…eg some keyframes on any object, bone, whatever…that action can be pushed down to the NLA or re-used on the object as the original animation again via the action editor. One thing that is a pain though, is offseting animation to begin where one left off. I’ve seen many workaround…2nd armatures, manually changing keyframes etc… but that seems a bit distructive to me…so currently working on an addon to solve that issue.

I’m gonna watch it again a few more times. Once I get the hang of making it work then I can try to understand what doesn’t work.

That is a good tut.
Thanks!

Its definitely worth persevering with.

One other thing that confused me at first…lets say you create an action on a cube. Then create a sphere. You can go into the action editor and assign the action from the cube to the sphere. I was like, what voodoo is this?? But then I came from an application that didn’t have a concept of objects - its was mesh and an object as one thing.

But later on I understood when I animated the cube, I was really animating a container for that cube and both the sphere and cube have the same type of container, which in Blender is an object. So the animation is interchangeable through the NLA or Action editor, if its at an object level. Or at least that seems to be the case through my experiments!

It’s just common data on positions scale and rotation and other common info.