I animated my band as animals with Blender for our new music video!

My band (The Gentlemen Grifters) just recorded a new album. I thought a music video would be a good way to build up hype to an album release, but all we have is phone footage of our band and some of our members were not available for a professional video shoot. So… I turned to 3D. I put myself under a very tight deadline (1 month of my very scattered free time) to model/animate/render three anthropomorphic characters from our logo. The end result is far from perfect, but I hit my deadline and got a video out before our music hits streaming services.

First I pulled our music file into Blender’s video editor and set markers in important positions. In theory, animating to music should be easy. Just sync animation to the beat of the music… Well, our band recorded this song very raw, all of us live in the studio with no click track. The result sounds energetic, but the tempo is not perfect… That caused a bunch of problems when it came time to animate.

I tried to use the function that automatically turns audio into F curves, but it kept crashing Blender for some reason. So the next option was to look at the waveform and find the snare drum beats. That gave me anchor points to sync things by hand as closely as I could.

I’ve never really used the NLA editor before, but I couldn’t have made this animation without it. Almost every body part is animated with separate little loops. To make the characters dance I animated the pelvis going up and down very slightly on a single axis. Then I combined that loop over the top of other body parts moving independently. Same for any body part with repetitive motion. The one that took the most time was the drummer with all the tom tom fills and crash cymbal hits. To lip-sync with the lyrics I made a single beak opening animation and duplicated it for every syllable. One thing that was not a loop was the octopus’ tentacles. I had to scrub through the animation several times to make sure the tentacles didn’t overlap with the octo’s arms or guitar.

I almost quit the project because of my frustrations with weight painting. In my opinion Blender needs some serious work her (but hey, it’s a FREE program!) There are still glitches in the final animation but I got it best I could while staying on deadline.

To save time I got the instrument models from stock 3D sites. The textures are a mix of stuff from textures.com and hand painting. When the basic scene was animated and camera cuts were in place I added spotlights and some volumetrics. I rendered out to 24fps in Eevee at 75% and scaled back up to 1080 in After Effects. I also added motion blur in AE.

The 3D result was not perfect, and it never would be unless I spent a year tweaking everything. But Blender wasn’t my last stop. I knew I wanted a vintage/grungy look so I added some old film effects over the top of the 3D. The jerkiness of the animation just adds to the effect. I hope you like the result… and our new song! 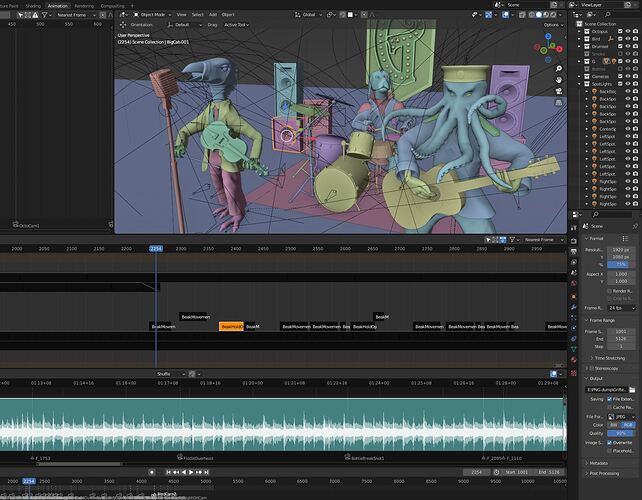 More of my work at swansonillustration.com

Dude, this is so freaking cool! Great work! Not an easy task to sync animation to music. And the music is great too! I have been thinking of doing something like this for my own music but have been challenged for time. Great execution and thanks for sharing!

Thanks! If you give it a shot and have questions let me know!

And yeah, the animation workflow really needs some improvements. I struggle a lot with it too. 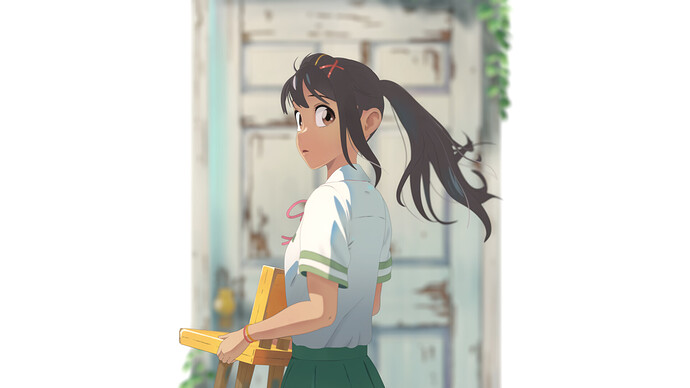