I can not see my graphics car (GPU) under compute devices. It's only CPU

I’d like to render using my GPU. Why do I only find CPU? 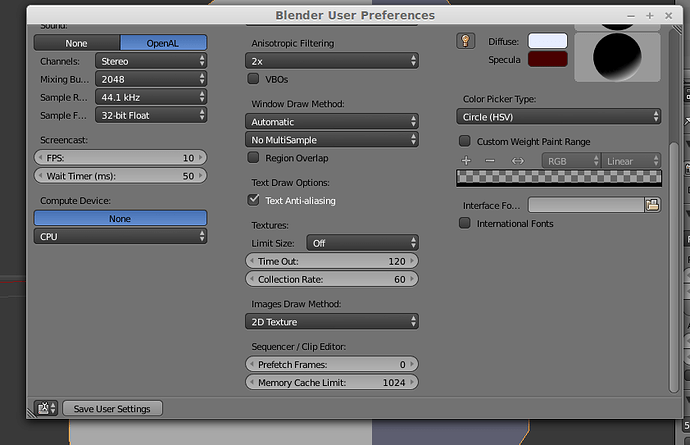 In Linux , driver manager , update and choose the right driver for your nvidia driver , reboot the computer .
If GT 710 Support CUDA , you will see it in Blender , if you can not see it . Maybe it do not support CUDA,
I changed a GTX 750 for blender , it support CUDA, I don’t know if GT 710 support CUDA.

Well, I think GT 710 supports CUDA because I can see the CUDA option in windows but I can’t see it in Linux.

Thank you so much for your answer. I have the latest Nvidia drivers so I’ll try an older version which I think matches my graphics card.

Don’t use repository versions of Blender when asking questions. Use the official from the website.

The official makes use of cuda runtime which comes bundled with the proprietary driver metapackage, repository version doesn’t.

While your card should support some version of cuda it should be stated that not only might the 710 be a rebrand of a 6x0 series card and thus might not support quite the same version of cuda as the above mentioned gtx 750. Even if it does it’s bound to be so underpowered I dare say you are probably better off using it just as a diplay driver and no more.

In Linux , driver manager , update and choose the right driver for your nvidia driver , reboot the computer .

Thank you so much for your suggestion. Actually, the issue was with drivers. I had the latest update but when I installed an older version of drivers, it worked.