Hello! As you can see from my post count, I’m new here. I don’t know if I’m posting this in the right catergory, but it felt like this is the one. I use Blender for over half a year now & I quite like it. When I started doing Blender related stuff, I got myself into making a car model for a game called BeamNG. So far, it’s all been going quite nice, but recently I have an issue with Solidify, because on the body of the car, it creates an amobius loop, so the main tunnel inside the car is now higher than it’s bed, which causes quite an issue. I have no idea what to do to fix it, I tried different stuff, even duplicating the body & trying to manually make an inside of the car. So far, all my effors were unsuccessful, which make me lose too much time on that one issue that I can’t resolve AT ALL. I hope you’ll be able to help me, since I really want to release this car for the game till end of this year, but knowing that I can’t do anything about the issue, makes me hopeless of ever releasing it… :mad: 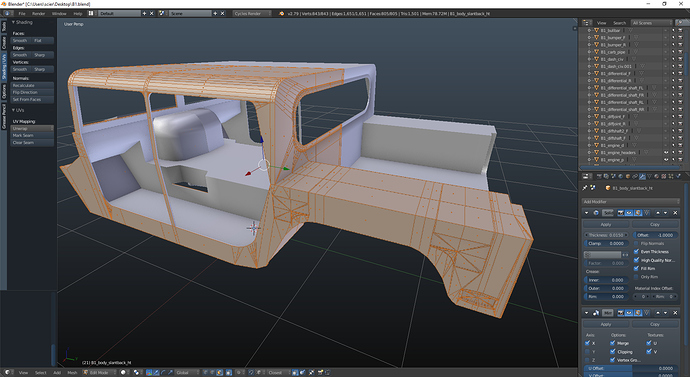 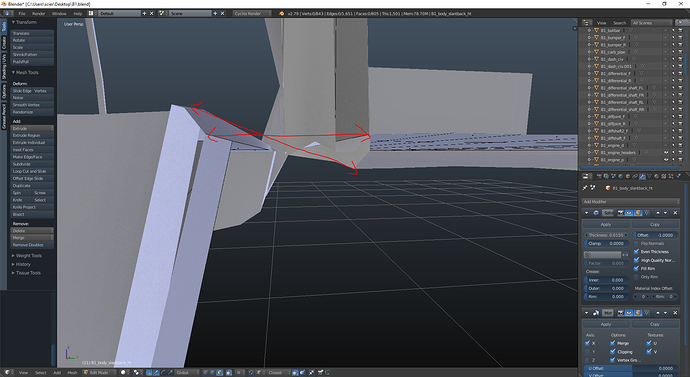 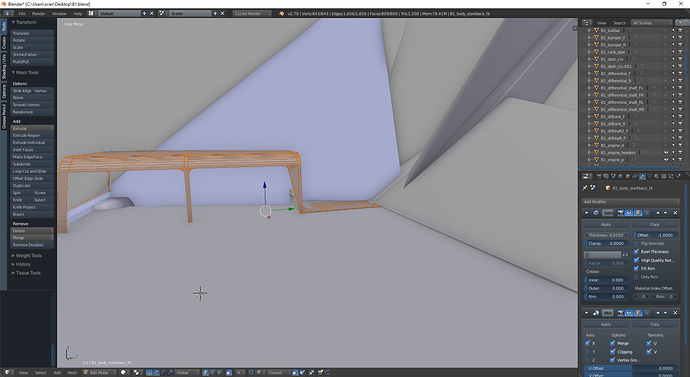 From your mesh screenshots it looks like you have been using boolean for your modeling, which will cause nightmarish topology. You should take some time to watch tutorials on the basics of topology and edge flow, especially in regard to hard surface modeling. If you continue down the current road it will be joyless, but if you get your head around topology and edge flow things will be much more fun.