I don’t know what this is, or even what it’s supposed to do, but I started on it at about 10 a.m. yesterday morning (CST), and there’s really not much more that I can do with it, as I see. In any case as always tell me what you think. 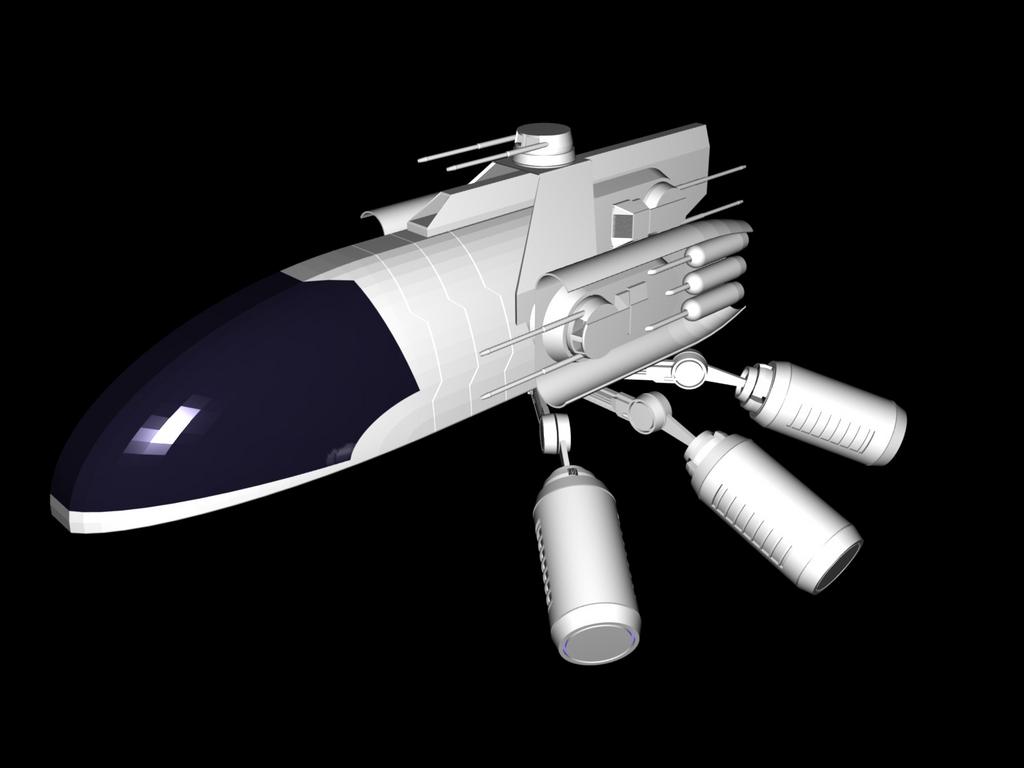 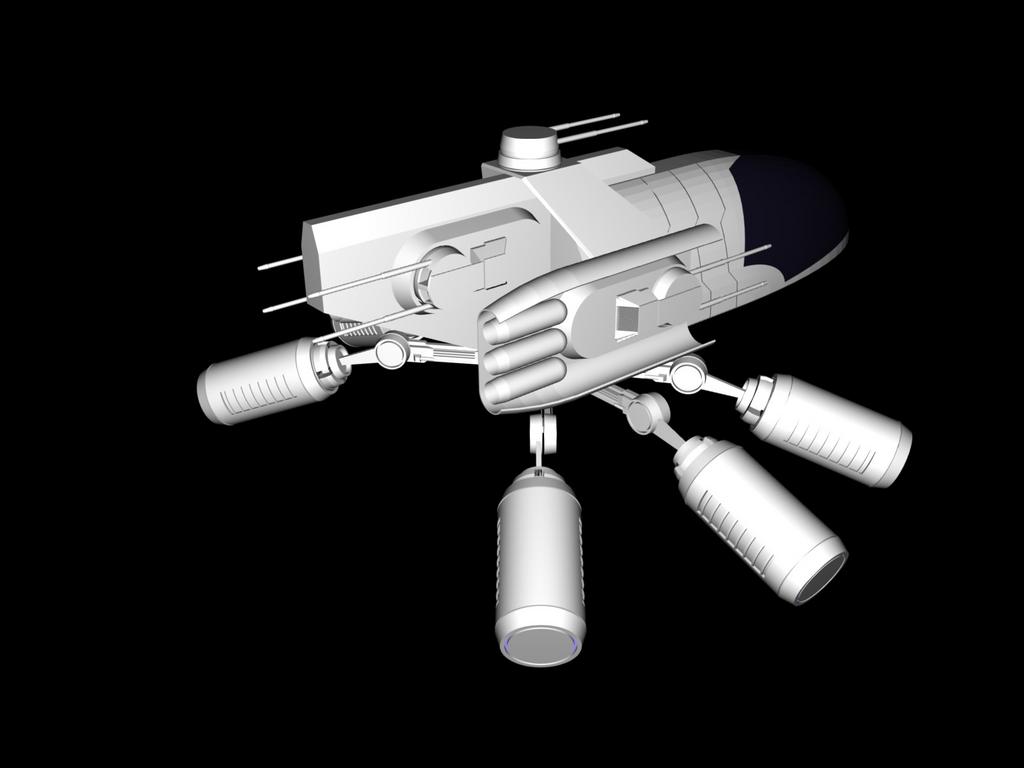 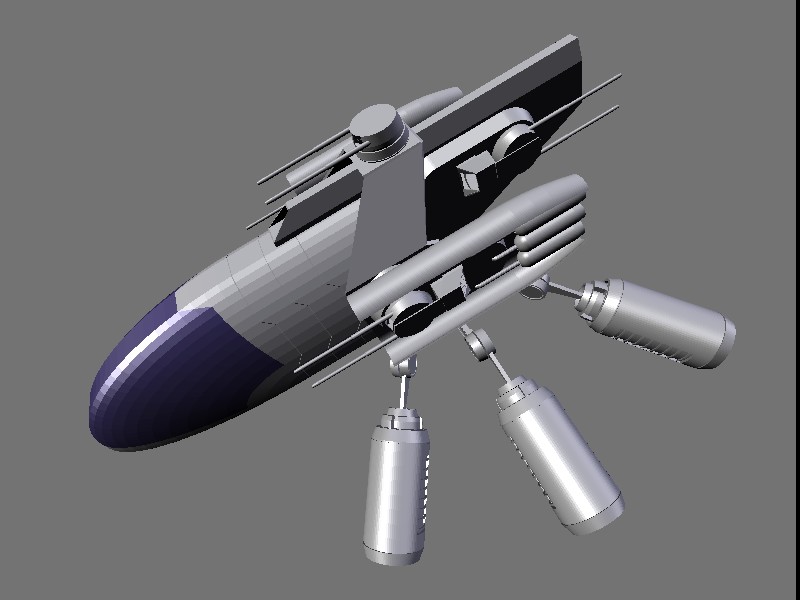 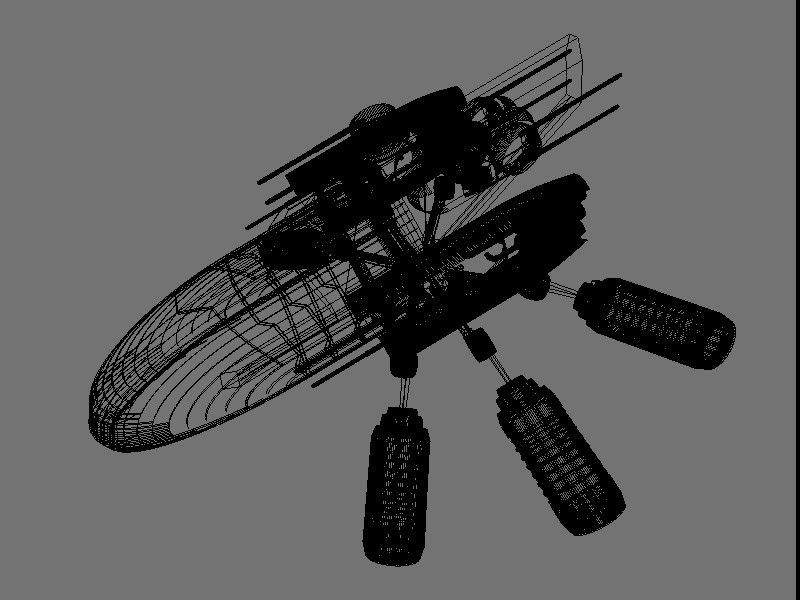 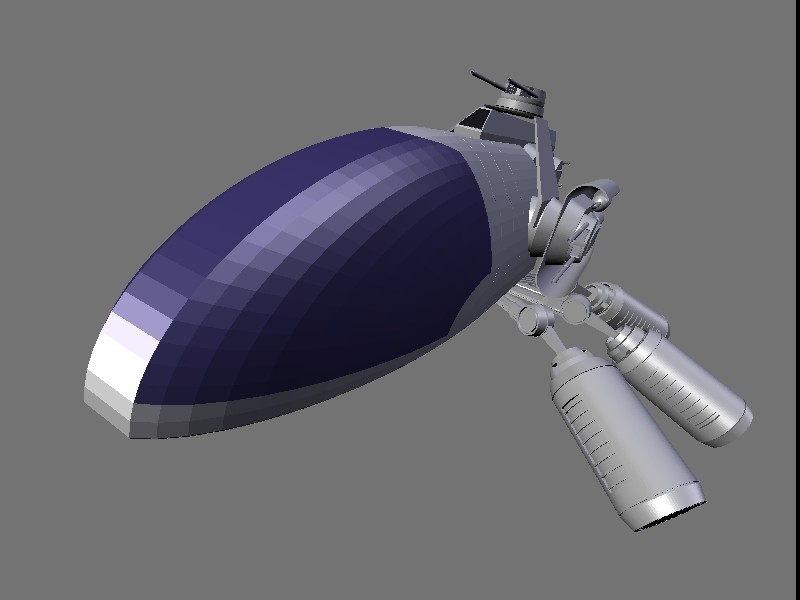 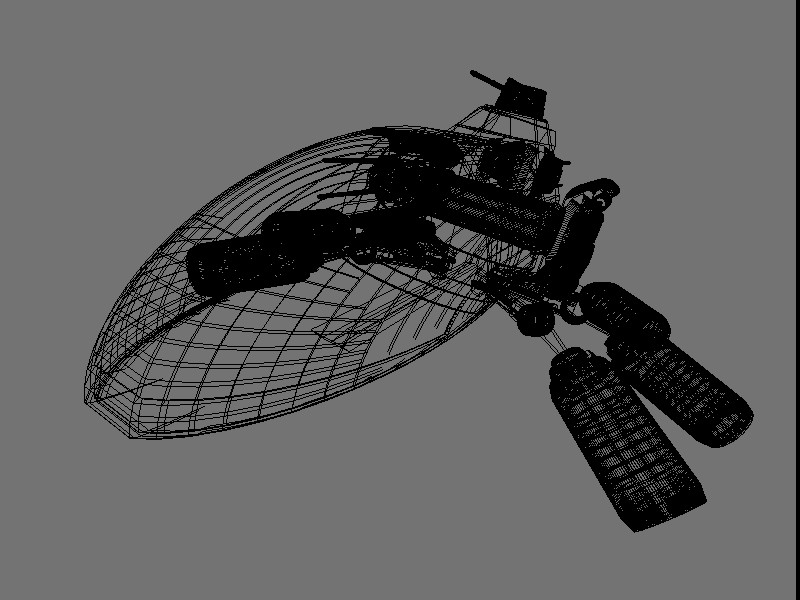 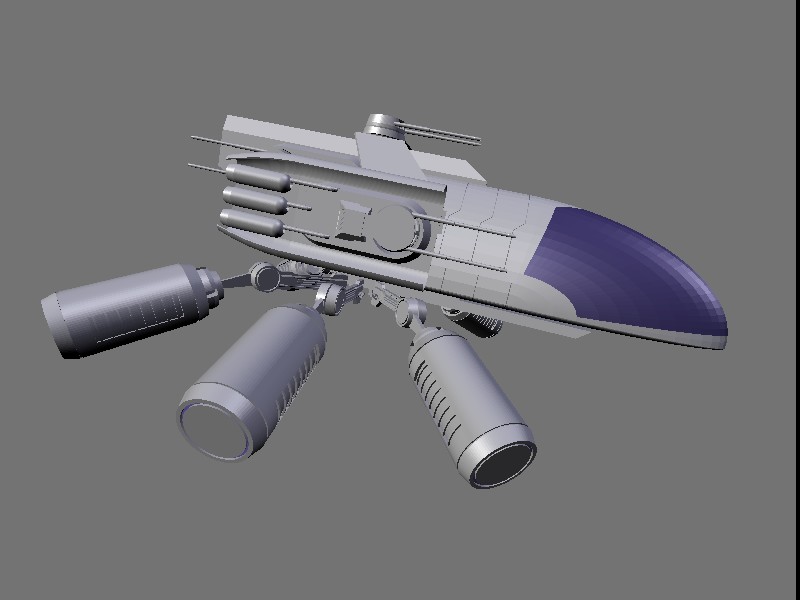 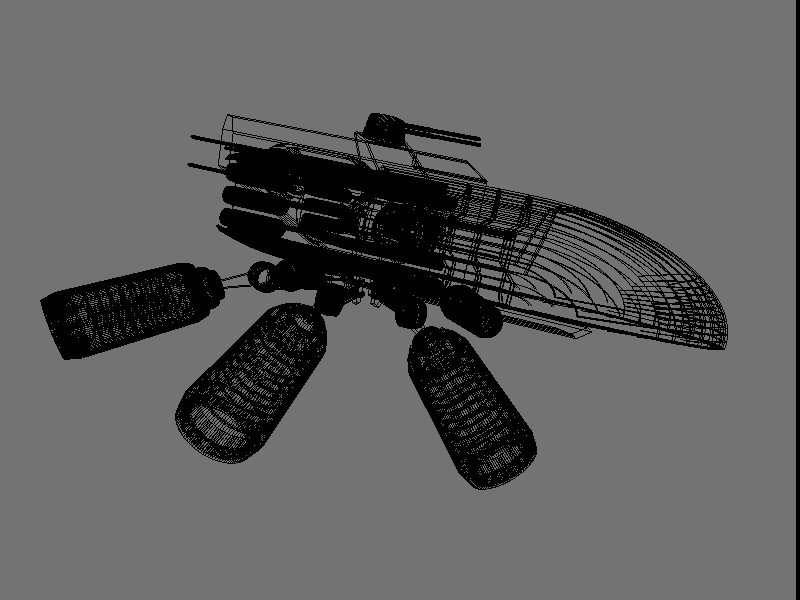 Perhaps some sort of mining craft?

Yeah, mining craft is a good idea. The legs look like they walk, but the size and shape appear as if they were thrusters of some sort. It Seems peacefully shaped and not overly imposing, so the gun turrets throw me off, but maybe they are to dig by shooting some laser space dynamite or something similar. It looks nimble rather than trudging.

Your gamey mining lasers or whatever usually are turret or otherwise gun mounted, though I’d expect them to look a little different.

Maybe the trusters are all moveable to help with maneuvering around 5 feet away from asteroids?

To Elesmerik: I thought that, I also thought of a light aquatic patrol craft.

To 8bit: The appendages could be used for walking (that was mentioned to me before, in another forum), but I had it in mind that they would definately be used as thrusters in some capacity.

To Star Weaver: They could remain as gun/defensive turrets, and I could just add extra, radial-arm-type appendages, with cutting and drilling lasers mounted to to them.

To Lord of the Rings Junkie: I was told (in another forum), that up-side-down it looked like a device for milking space cows. And it’s true.