I made some metallic shaders for cycles x. Thoughts?

I wrote a basic hybrid metal shader for blender, as I meeded a shader to help make metallic and iridescent objects more easily.

This one supports all the basic metallic properties, aswell as thin film interference factor and intensity, and a couple settings to tweak it, aswell as emission, dirt / grime, and temperature (blackbody node and some simple math / mix shaders)

The thin film interference node is a unique one not really found anywhere, it was written by a friend of mine (jocafa)

I made a pack of various metals using my node and put it on gumroad if anyone wants to try it out and give me their opinions on the shader / the metals I made with it. 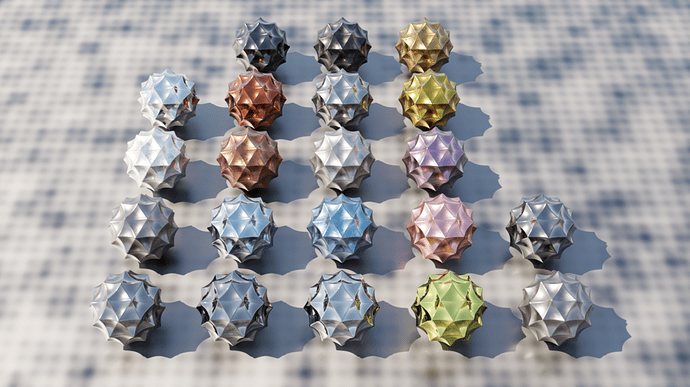 First set of my procedural materials I made in blender.This set comes with these metallic elements / alloys and their variations below.All of the materials in this pack were created with my special Hybrid Metal BSDF node, which is included in every... 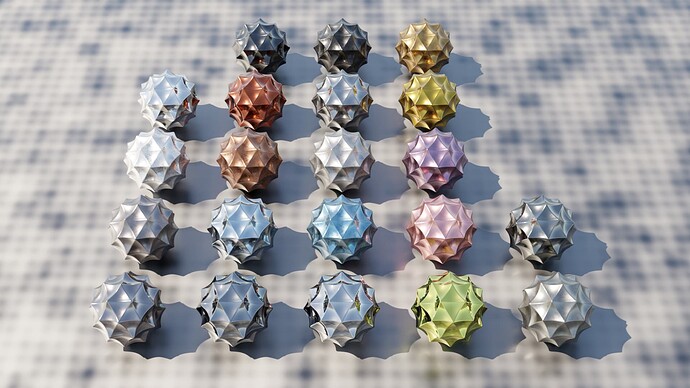 Sound very interesting. Since i’ve been working in Luxrender and Octane recently which both has thin film width and IOR.
They also have the full IOR settings for metals ior -ior green and ior blue, whatever they are its a real pain to go looking them up and manually typing them in.

Yours sounds a lot better with the temperature and dirt grime setup. Thanks and i shall be sure to credit you if i use them in my work. 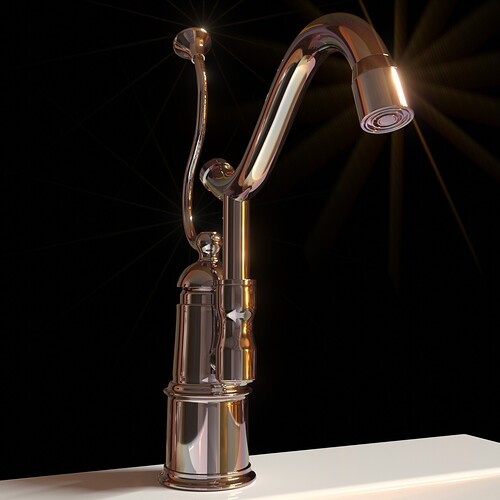 Only tried the copper so far.
First render. I thought the copper base color was way to dark but no problem i changed it.
The thin film appears when glossiness is turned on. It looks very nice and clean indeed, very easy to setup.
The grime only appears if glossiness/thin film is less than 1. It looks very believable.
Its very fast.

I shall be comparing it against Octane.
Octane 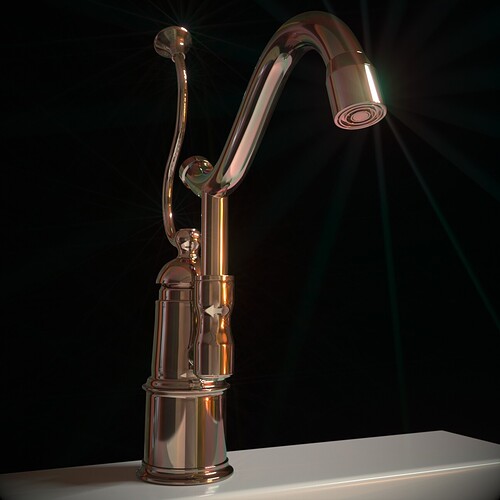