I need a bit of help with my gun models

I started modeling a while ago and i have modelled a few guns and i feel like alot of detail is missing but have no ideas for new detail, i would like it if the modelers(or not) could give feedback and ideas of how to improve it or upgrade it to look better than it does now.

Here is what I’ve got so far 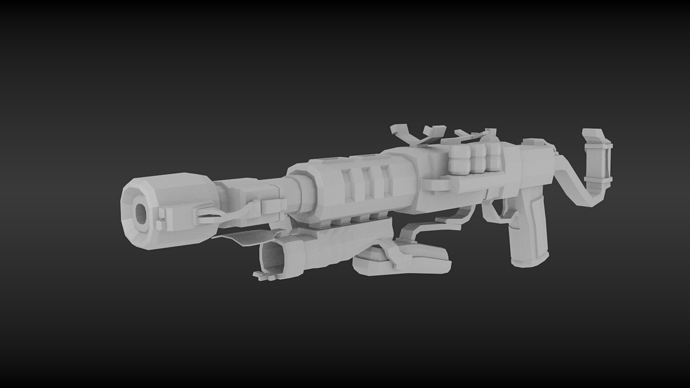 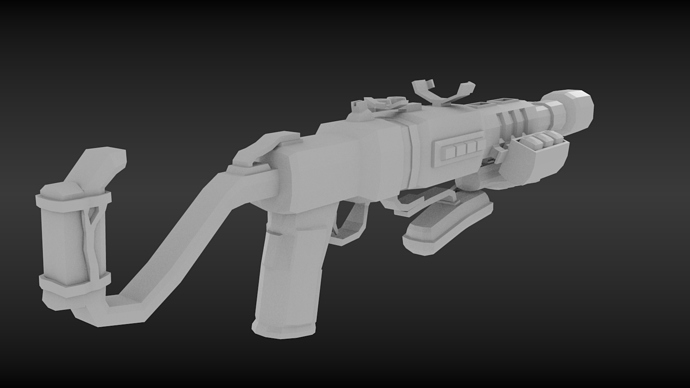 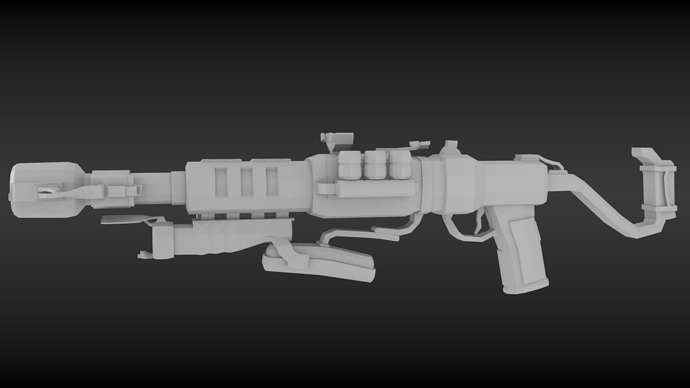 IMO I don’t think that your guns needs any of the additional geometric parts. Maybe a few rivets here and there wouldn’t hurt, but what your weapon does lack is textures, and those are essential for a good model.

You can’t and you shouldn’t expect too much from yourself when you start doing 3D modeling or else your results won’t meet your expectations and you’ll fall down really hard which is not good.

I think your gun already looks good for detail, as far as the mesh goes. Now you should consider adding further detail via textures.

I agree with the above commenters. Additionally, you can hypothesize how the weapon will work and then add parts it might need.

What about this gun 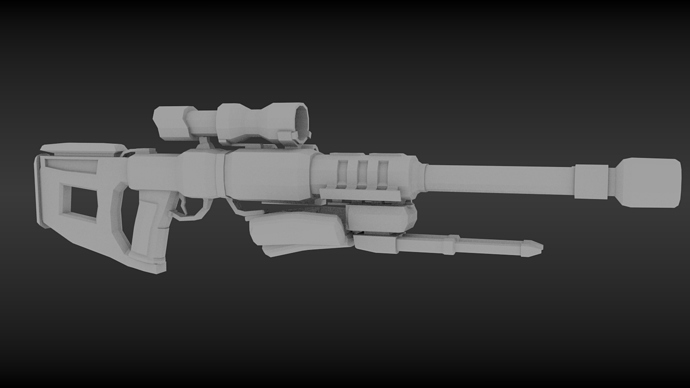 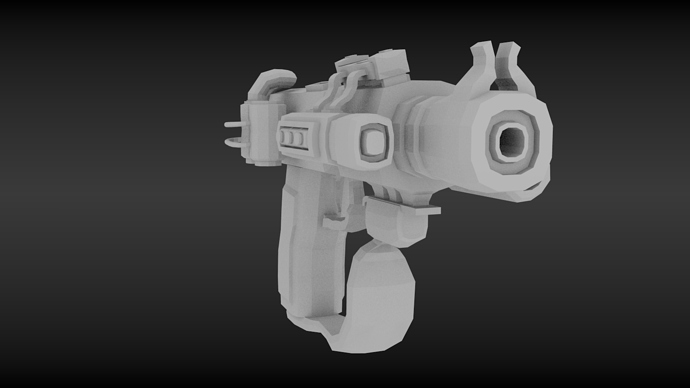 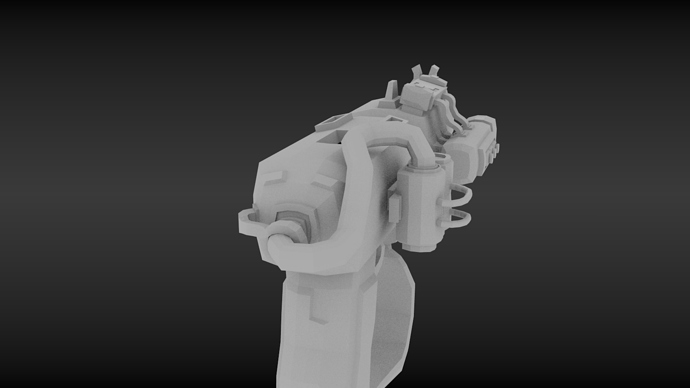 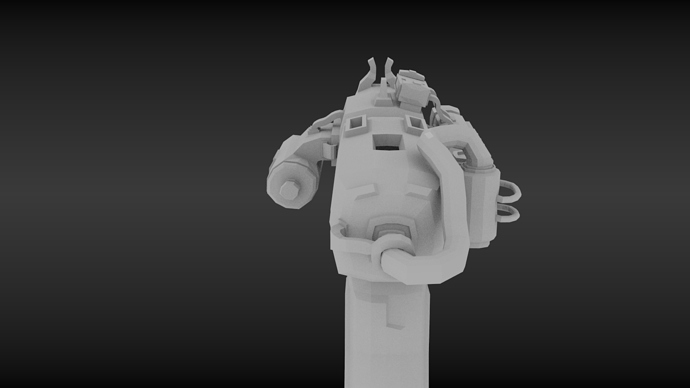 And the last gun- 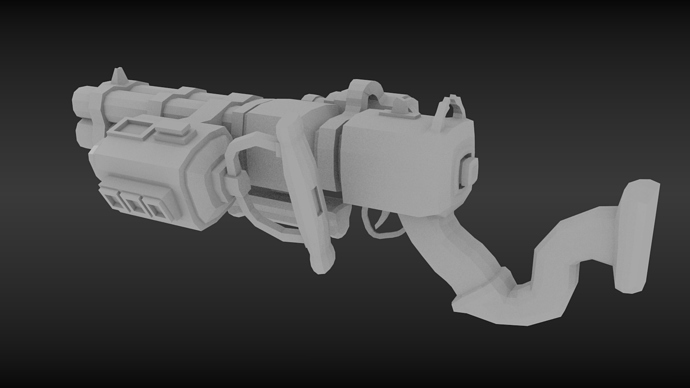 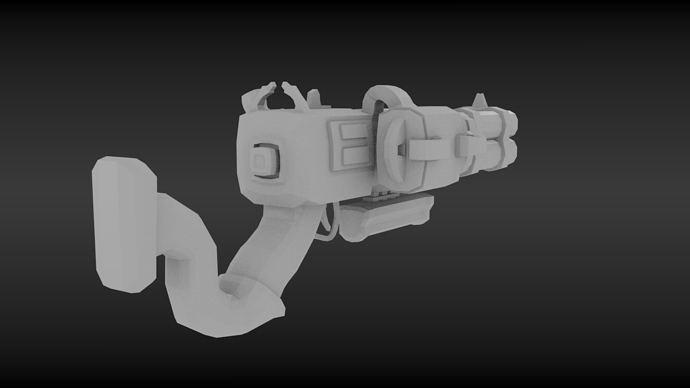 You should add some materials, just to make them easier to see. It’s kind of hard trying to distinguish features when it’s white-on-white.

Not trying to be harsh, just honest, but to me, these could as well be Nerf guns as bad-ass deadly weaponry. Lack of texturing has a lot to do with that but also many of the design choices, which seem somewhat arbitrary: very large-bore barrels with nothing that indicate an ammo mag capable of holding more than a few rounds; rifles encrusted with appendages that don’t even hint at a function, but apparently no magazines; tubes and pipes that seem like stuff stuck on because it’s cool to have stuff stuck on guns. If they are all projected-energy weapons, then things are perhaps a little better because those are as yet all imaginary, but functional power sources for them would likely have significant bulk. A lot of the designs also look like they would be difficult to use accurately because of irregular weight distribution.

If you look at actual weapons, even the most advanced and strange-looking of them are that way due to functionality – all the parts have a purpose and it gives the object an inherent unity of design that no crusting of greebles can mimic.

On the plus side I think these are very well modeled, helping convey a sense of mass and high-precision manufacture. But there is nothing about them that says “Don’t mess with me or you’ll regret it!!”