I’m a newbie and I’m making my first animation, so I created a weight dumbbell that falls from the ceiling on a fruit bowl but I want one of the fruits for example the pear grabs the dumbbell and throw it away,

I’ve created all the shapes and objects, rigs for the pear hands and gravity for the dumbbell but I ran into a problem, when I want to keyframe dumbbell at the right time before it falls on the pear no matter what blender won’t let me transform the dumbbell so I add keyframes on it to make it look like it’s being thrown away.

My macbook crashed while doing it though.

whats the problem and what you guys suggesting me to do? 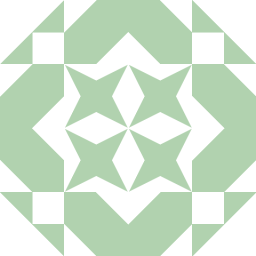 How to pick up and drop object and animate it? Animation and Rigging

So right now I’m tried to learn how to animate in blender 2.8 by making my first animation. Because I didn’t really know how to make animation, I tried to practice on a blank project where I can experiment with things in blender. But, there’s one thing that bothers me. Wich is how to make an animation where I pick up an object and drop the object. I tries many times but still, I didn’t know how to do it properly. I hope someone can help explain it to me. [blender_2.82_SAVvP9Eu23] (This is the…

You might also use the old-fashioned film editing technique of a jump cut. This is a carefully-placed edit that you probably won’t notice, but it means that the two-or-more shots which appear to depict a single action are actually distinct. This can also be used to “tighten” the action: once the audience understands what is taking place, you might not wish to actually depict the entire thing.

In this example, six shots, some of them a fraction of a second long, to depict one continuous action.

The right way to do this would be to construct each shot a little longer than you need, quickly rendering them in something like Workbench, then go to any video editor to construct the actual sequence. This tells you exactly what frames you need to render to complete it. In actual filmmaking, you will see this technique being used a lot, although when well done it is almost imperceptible. There is a certain “rhythm” to a well-done edit sequence, often tied to a musical soundtrack which is scored for the occasion.

These kind of setup are always a bit tricky to do !
A very cheap way to workaround things is to duplicate one object, and do two animations , like the fall and the throwing of the dumbbell, and use a visibility switch to seamlessly go from one to the other.

But that’s really in case of despair. it should be fine using one of the techniques @josephhansen posted about.
Generally solving this requires some parenting or child of constraints. And also a good planning. because generally when you change a timing or a position things starts to break. You need to plan well your anim so do don’t iterate too much on the final animation. Unless you want to redo a lot of work.

And also as @sundialsvc4 pointed out, some of these issues can be simplified by splitting the action in different shots, and different .blends. So you don’t cumulate too much technicalities in one shot/.blend. But by reading your description I think it’s ok, it’s not the worst case .

Things like, someone carrying a skateboard, throwing it in the air, then jump on it and start to roll forward with it. That can be much more trickier and having two shots for that may help yo make it simpler .
Because at some point the skateboard is a child of the person and after that it’s the opposite, I’m not 100% sure but probably that setup will confuse blender, and the user

Thanks guys for the help, Tomorrow I’ll try to export the whole fruit bowl with fruits and dumbbell/pearhands both separately as usdz file and then bring them to apple motion so there I keyframe the grab and throw animation because keyframes in blender literally wants me to pull all of my hair out.

You can start with simpler exercise : animating a bouncing ball by hand is a really good exercise to learn the software and animation :

from there you can grow in complexity step by step…

good luck and I hope it will work in Apple motion !