What I’m looking to do is create a line of blocks that fit together to form a smooth curve, and then I’d like to apply a texture to the top that would be altered to fit the shape of each block.<br><br>

It’s easier to explain what I’m trying to do with a picture:<br><br>

This is from Peggle and the curved lines of blocks shown there, the ones following the ram’s horns, are exactly what I’m shooting for. Notice how each block has a little texture on it that’s morphed to the shape of the block (yeah these are sprites, but you get the idea).<br><br>

I thought that I could approach this by creating a curve and then applying another curve as a bevel object to get the basic shape of the line of blocks. Then I figured I’d just cut the mesh into pieces and find some way to apply a morphed texture… Okay, so this is what I’m falling down. I thought a knife subdivide would work, but it isn’t letting me do that to the mesh that I made. In fact, it isn’t even letting me select vertices or alter the mesh at all. I assume that’s because it’s linked to the bevel object, so I tried duplicating the mesh but that didn’t help - it’s still linked and I don’t know how to unlink it.<br><br>

I’d appreciate any help that you can give me.

You could use a curve modifier to makes the row of blocks follow the curve. Any UV texture applied to the blocks would then follow the shape of the deformed block 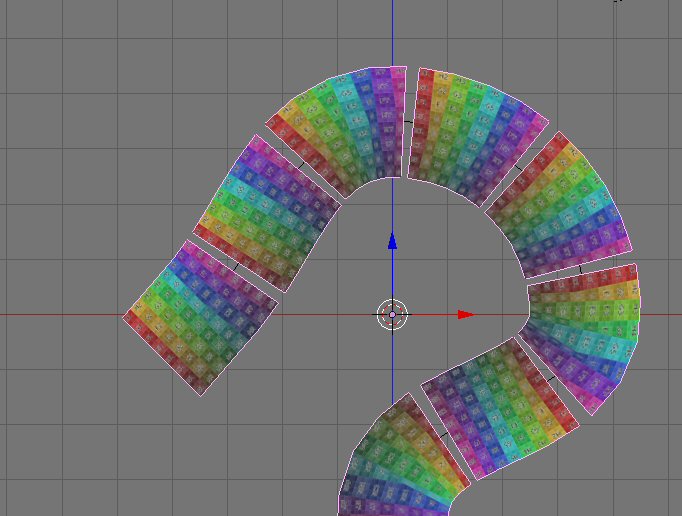 You need to click Apply button on modifiers. Since then it’s a ‘real’ mesh and you can do whatever you want with it.

You’re both talking about making the block first and then applying array and curve modifiers. This is a different approach from the way that I was doing it, but that would work too (although it’s a little finicky to get a proper closed circle that way). The thing is, I’m not getting the nice curved inner and outer surfaces that Richard got when he did that: 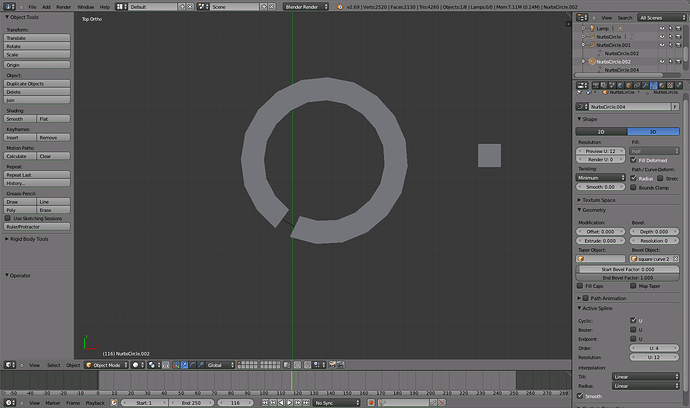 Mine stay straight, so my circle is a little rough. Is there some option that I’m not seeing in the example that you gave me? (Thank you for that, by the way, that’s very helpful.)

You need more geometry, real or modifier created, or both. Curves are approximations by straight edges…
To adjust segment gaps could be a little tricky - use Shift key while drag slider and play with Constant Offset value a bit. 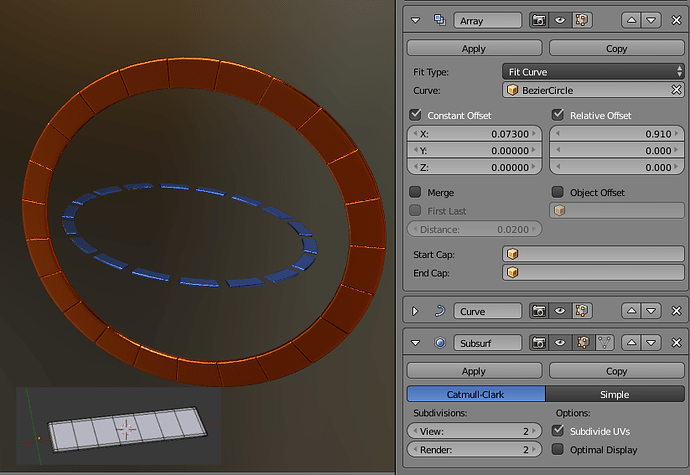 Bleh. It’s pretty rediculous saying this now, almost a year later, but thank you, this was very helpful. I ran into another problem, which turned out to be due to a bug, and by the time I got that sorted this had slipped my mind. Found it while cleaning out some of my old tabs.

I am certainly appreciative.

You could use a curve modifier to makes the row of blocks follow the curve. Any UV texture applied to the blocks would then follow the shape of the deformed block
[ATTACH=CONFIG]303513[/ATTACH]

that is such a cool effect! thank you! i have been trying to do something like this earlier when i wanted to make a whip for a character… this can be used in so many cases! briliant!