This is a really nice suggestion, and there is one addon that already has implemented something simliar: LuxBlend! 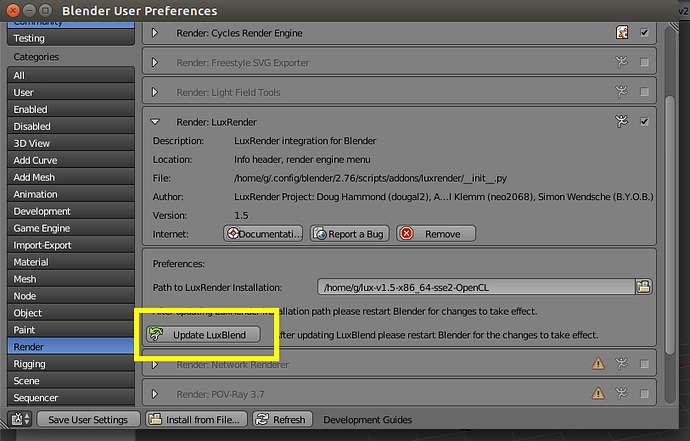 Moving the idea further, Blender cloud could allow blender users integration with the software. Blender could store a list of your preffered addons on blendercloud and let you just get them all again with a simple sign in to the cloud. This will motivate all blender users to sign up to the cloud.
In this way for example the Chrome web browser and it’s integration with your google account lets you automatically get all of the addons and bookmarks you previously had on your browser automatically when you move to another computer or operating system.

More details should be unveiled soon, probably next week.

Either I am too stupid to find it (which I definitely don’t rule out), or there hasn’t been such an announcement. In the meantime, I found something that could actually work and is allready out there: 0install (www.0install.net). It should be adaptable to our purposes with only little tweaks, is open source (I am not sure if it is directly compatible with GPL, but I think it could have been L-GPL). It could make stuff even easier if software is hosted in a distributed way. What do people think about it?

I just got the confirmation that something along those lines is in the making for the Blender Cloud
More details should be unveiled soon, probably next week.

0install is interesting, but as i interpreted is more like a client side feature, not integrated to the system, that we want.

Today i saw that a gsoc student has expressed interest in picking this up. We will see what BF answers.

Good the idea of the addon update if manual through an update button.
I don’t like the idea of sync blender with the cloud or any other news/ads/cloud/whatever service IF you don’t have an option to disable it.
It’s something I always hate in software.

Sent from my SM-G920F using Tapatalk

Not an official addon by BF, but it’s a good start!

Any news on this ever being included to trunk?

here’s a working prototype for github addons by matpi: 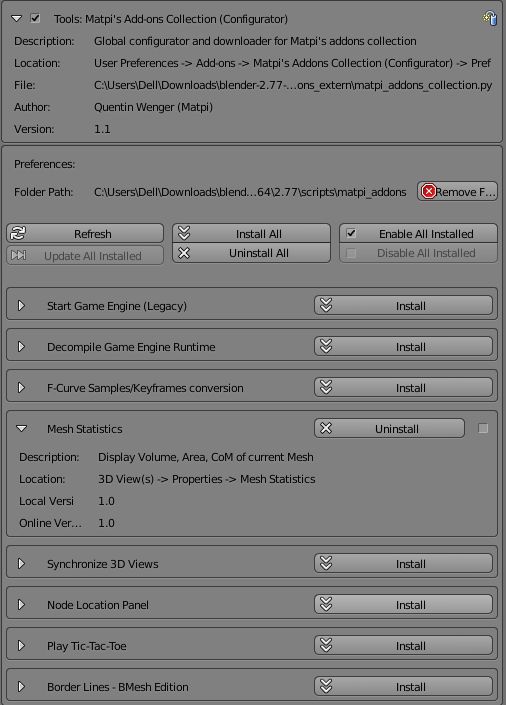 There’s another way of individual addons install/updates also by 1D_inc & nikitron, also saidenka’s scramble addon & chromoly’s ctools.
personally I’m not sure which is best method for external addons, I guess it can depend on the addons author & how many addons they have. As for Blender Cloud, I’m sure Sybren will figure it out. Time will tell.
John_Lancaster (John Lancaster) March 9, 2016, 9:23pm #31

Yes. Now. I demand this.