Idea: Computer Built solely for the purpose of running blender and editing tools.

I have recently run across a motherboard that has 64 cores and 1gb of ram. What I was wondering is if it would be possible to develop blender to run on such a processor so that it would be able to use each core to its fullest potential, there fore speeding up render times. And if someone was to build a laptop that used one or possible two of these motherboards to allow 64 or 128 cores to be run with blender would someone even want a system like that?

The motherboard is a parallela - www.parallella.org

Let me know what everyone thinks and if this would even be possible, and if this in the wrong section then please move it, my bad.

Hello Hawk, I suppose that it would be possible, but these processors are much less powerful that the used in desktop computers or GPUs. Also you have very limited RAM so you could only render very small scenes.
These motherboards are intended to learn parallel programing. 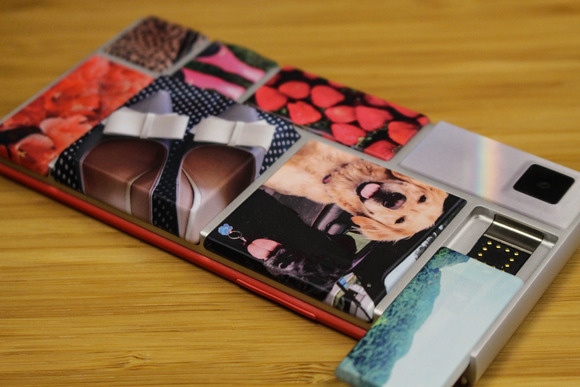 Modular smartphones could be repurposed as computer clusters

Circular Devices is already thinking beyond just its Puzzlephone concept

you could cluster a bunch of old phones

A better “idea” would be to make Blender use more of the ubiquitous x86 cores, by implementing networked rendering, for instance. The Parallela may be power-efficient, but it doesn’t beat a regular CPU in price/performance and it’s severely limited in RAM. There might be some fringe applications (like robotics) where the small form factor pays off, however.

As for old smartphones: Instead of repurposing them for something they’re not intended to do, you should donate them so they can be re-used for their actual purpose. There’s a huge market for old mobile phones in third world countries. There wouldn’t be a waste problem if people didn’t just throw away their old phones.

so you could interconnect the third world.

so you could interconnect the third world.

Your phone idea is not going to work for something like Blender unless you can somehow add the RAM together as well (as all of the cheaper devices give you 1 gig or less to work with, definitely not something that works well). That would apply to the cluster box as well, which is easier than the networking solution as latency becomes far less of an issue.

On top of that, the number of old phones you would need to match the computing power of an i7 chip (recommended for 3D work) or greater may end up costing more than simply getting an i7 machine. I have a tablet powered by a Tegra 3 chip for instance and at the time, it was nearly 200 bucks for something with the power of perhaps a single thread on my 8-thread desktop.

Hint: if there were a more efficient cost/core method of developing massively parallel networks, it would already be in use by much smarter people than you or I.

Related to Blender, there is absolutely no benefit to reworking everything to run on some kind of odd, cobbled together architecture. Much of 3d is not at all suited to parallelization anyway.

Yeah, no. This is an interesting product though. I haven’t delved into the developer docs or anything but from reading the basic material on website it’s basically a simple ARM processor (actually the same in an iPhone) with a secondary co-processor. That ARM processor is only dual core (again, same as most cellphones or iPad) and the co-processor is 16 core. So they are adding together the 2 cores with the 16 to get 18 core. So yeah, that’s a little silly. The co-processor is the interesting part. it’s “kind of” like a GPU in the sense that it can be programmed to help out with parallel tasks like rendering. This is made even easier by the fact that it can be programmed with OpenCL. So, you could conceivable run Blender on ARM and jimmy rig the OpenCL version of cycles to run on the co-processor but I’m not sure you would experience any kind of actual “Power” from it.

The individual cores seems to be pretty slow (like a GPU) but a GPU has the benefit if having hundreds of cores (shading units) as opposed to just 16. The architecture literature says each of those cores is “Up to” 1 GHz. Meaning, it’s not clear how fast each of the units is but probably under that. It has a peek performance of 32 GFLOPS. To put that into perspective, the original Xbox had 20 GFLOPS, the new Nvidia GTX1080 runs at 8228 GFLOPS and a GTX980 is runs at 4612 GFLOPS. So… yeah. Pretty weak. Not that it’s all about floating point operations or anything but I think GFLOPS give us a ballpark figure of how fast it actually is in terms of real world computing. This is also ignoring the fact that it only has 1 Gigabyte of RAM which is totally unsuited for rendering.

What I find interesting is the idea that you could use this thing to make your own drum machine or synthesizer. The multi core aspect of it could be well suited towards multi voice, multi effect, multi track, music applications. I realize this is entirely outside the realm of computer graphics. It’s not something that you could just throw together in a weekend. But the idea would be to put it inside a metal box with knobs buttons and a screen and potentially sell it as a music product.