a few hours of testing the blender particle system and this was the result.
it is not realistic but in some was nice to look at

hope u like it^^
full view is avaliable here, seek the plane in the background 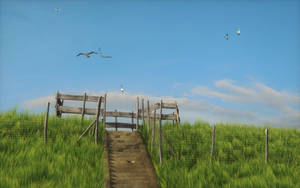 A small work of mine, testing the particle/hair system in blender Blender 2.49 Render: internal (40 sek) 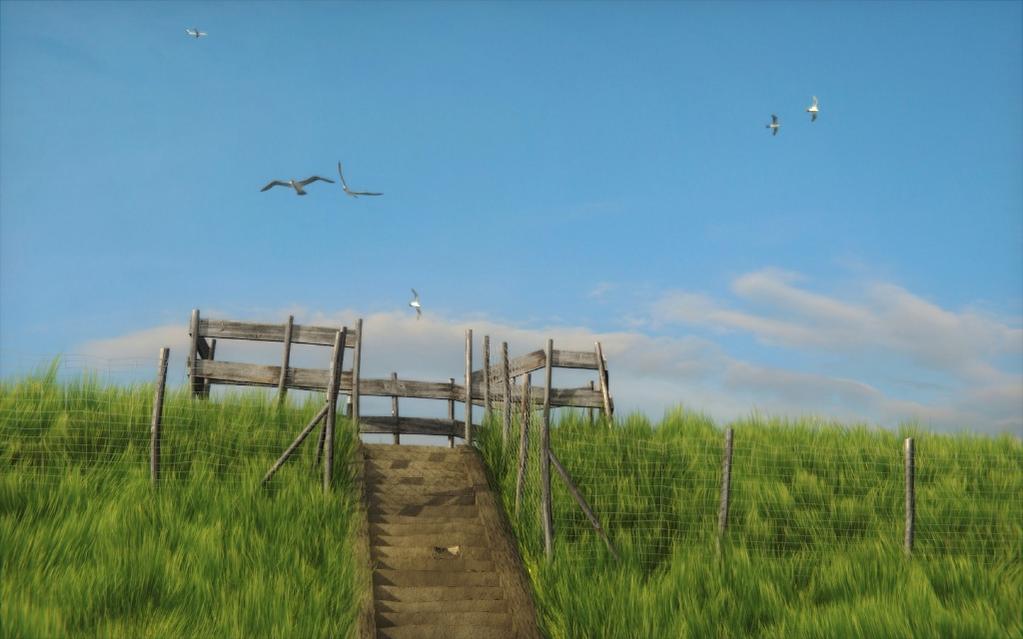 Hi lino!
The meadow looks a bit stiff and combed! The slight blue-green-contrast is harmonious so your picture fits best as a desktop background, i think. Nonetheless it appears too empty for being a finished picture.

Err… and what “plane” do i have to seek for?

thanks philli for your critique

it is empty, i know, but i really dont know what i can place in the picture, without destroying everything there

at first i had no seagulls, but this was really too empty.
the plane (upper left handside) is not on the background image, its a 3d model, i only want to say this

^^
I did not think of an AEROplane.
Add a woman in a yellow dress standing on the platform. A few warm colours could have an eye-catching effect on the viewer.
She could hold an umbrella in her hands while a few raindrops fall from sky.

I think that is quite idyllic.

The grass and the fence (metal ) hurt my eyes , it is a bit painful

I think this render is quite pleasing to look at. Makes me want to know what’s on the other side of the dike. Nice work

chrisx: why does the grass and the metal fence hurt you eyes? or do i missunderstand you

Very painterly. I like it. The use of space makes it work.

I just want to say that the fence is , a bit to white. And don’t looks natural.
A texture whit rusty colours could help ? just my two cents.

I hope you don’t mind that I used your image , to explain what I mean :o
Did this in a hurry, don’t look to close 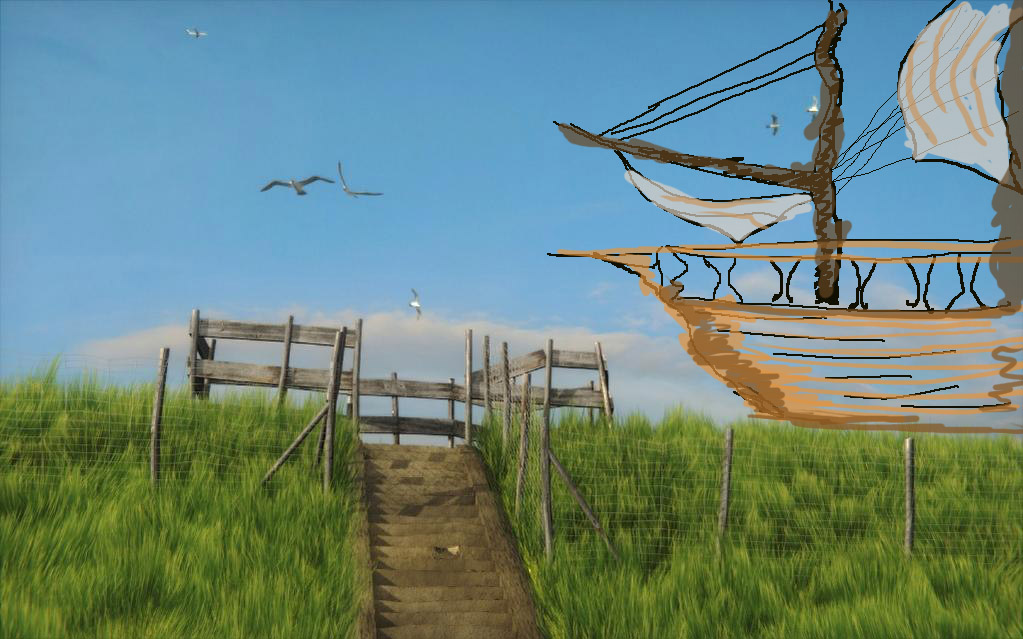 Yeah looks pretty neat. I would ad a sign which says “nudist beach ahead” or something like that.

Or maybe a child with a toy shovel and a bucket in his hands walking up the stairs.

I think the grass settings could be tweaked a bit but other than that i think this is great.