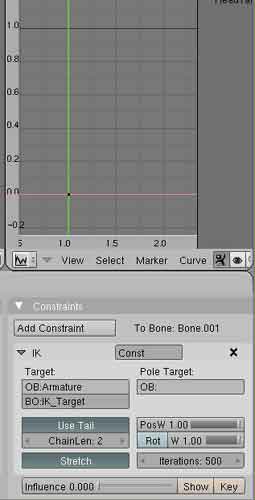 Could you please tell me what is the use of Posw and Rotation W in ik constrait ?
I want to constrait the knee rotation Because when I lift foot bone ,some how knee mesh of model get rotate.How to stop that?:yes: 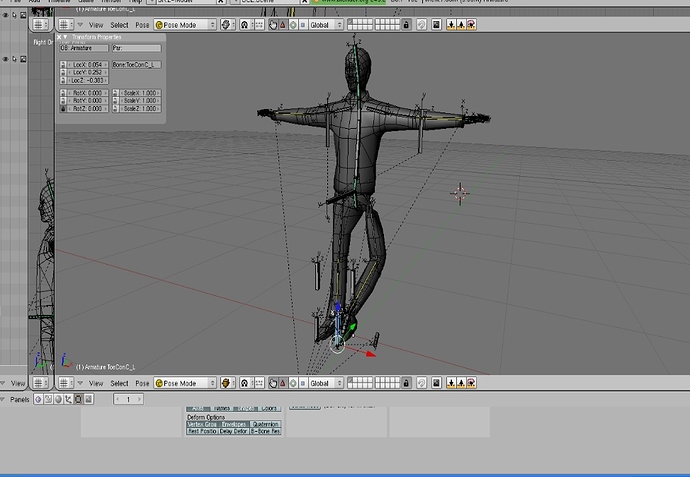 just give the offending bone a ‘limit rotation’ constraint.

I have added limit rotation ,but its not working.What to do?

I am uploading image of my model with its problem.

Hello jyo,
I’m also trying to understand the logic of these constraints since a year or two… It is not very visual and somehow i still didn’t find out if the indicated rotation unities are degrees or as percentages, nor wich direction is concerned with positiv or negativ values… I’ll follow you’re thread with the hope to find answers too.

PS. Not to bash, but Carrara 1 had some visual “clocks” to actually watch the angles of the constraints. Quite a handy method, i found. It was very easy to fix the “needles” on the circle to get each limits controled.

Are you using Pole Targets on the IK constraint? From the pics you posted, it dosen’t look like it, as it’s not indicated in the first pic, but I see the targets in the 2nd pic.

I once had a problem like yours, strange uncontrolled twisting of bones. It was cuased because I built the rig straight. The IK chain bones need a bit of bend in the direction they should bend in.

In the pic attached I show my leg bones with the knee moved forward a bit towards the target bones for the knees, in the direction I want them to bend. The IK constraint need a hint as to which way to bend. And the pole target helps as well. 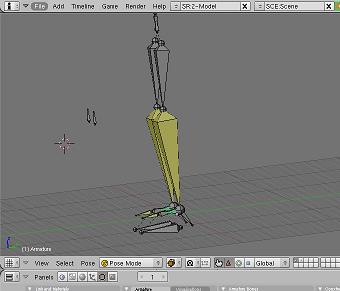 I tried both Friar’s and Randy’s solution .But I am not Still able to figure out cause of this leg rotation.I am still getting same problem,and i am not getting whether it is because of ik , pole constraint,placement of leg bones or something else.Please help me .

Hey,i got the solution for avoiding leg rotation .It was happening because of leg pole.Which has to link with foot bone .so that when you move foot bone ,Leg pole will also move with it.
And Thanks .

No way to get skeletton constrainst WITHOUT these POLE sytem?.. Can’t grab the logic of it (tried and tried…), just makes it so over-complicated to my “poor” understanding. There certainly must be a simple way to control easely the allowed angles.