Hello guys. I have a problem here, I have created a character for game engine, that is sitting, then, when a certain command is pressed, it has to deactivate the IK between his hands and a cube, then perform an action. I can do this by simply using the armature influence actuator in logic bricks panel. But the thing is, by doing that there is no transition between FK and IK, so the character’s arms just teleport to other position.

A way I have found to make a smooth fk ik switch is by using drivers, but the thing is… the drivers I created do not work on game engine. So… could someone help me with this? Here are the screenshots.

I have linked the shape keys of the cube with the drivers on the armature right hand. The I have created an action with the transition, using keyframes generated with shape keys. They seem to work on viewport, but when I get to blender player, it’s like if it did not exist. The goal here is… KEYBOARD —and---- Shapekey action. 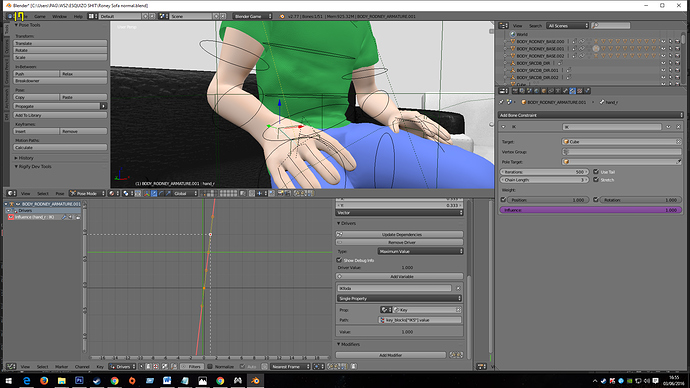 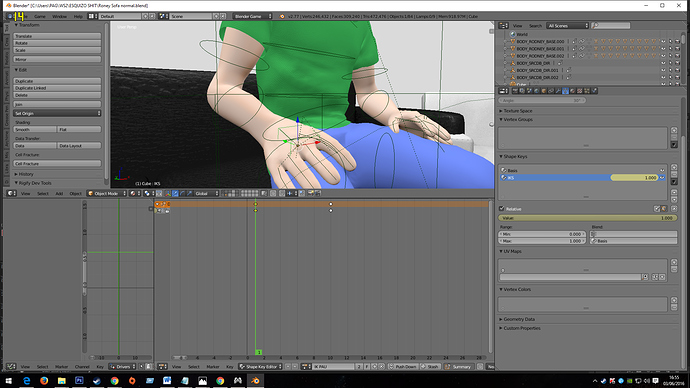 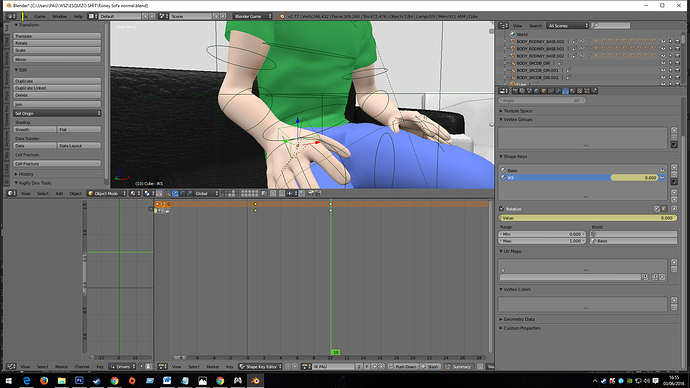