Illogical and unreasonable interface change in 2.8

Is there any explanation for why the panels with the render, material, and modifiers were rotated 90 degrees? What is the meaning of this? Isn’t it obvious that the mouse is easier to drive from left to right (or vice versa), and not from yourself and to yourself (therefore, monitors are made wide, not high, because we have eyes in the horizontal plane)? I often switch various settings in different panels. The way the interface is disfigured, leveling the work of the developers. It is very strange.

I have the impression that someone from the side, someone who shoots a bunch of video tutorials and sells his add-ons with a huge mark-up, began to whisper sinister mantras on his ears and damaged the mind of the developers, so instead of a concise, convenient, logical 2.5-2.7, I see a New Year tree with the inscription “blender”, where the interface became suspiciously similar to the interface of Maya, only taking the best or the worst, but combining the best aircraft with the best tractor, and at the same time receiving a product that is neither there nor here in terms of use.

Even the sliders have become narrow as my squint, when I first saw the new interface and zadolbalsya hit the cursor on these new narrow slider.

What went wrong, I do not understand?

You have added a bunch of whistlers that do not carry the new functionality, but they distract you, like a bunch of obscure unnecessary panels in science fiction, “as long as they are.”

As a result, instead of progress in the polygonal engine, so that the blender could pull several tens of millions of polygons, or progress in sculpturing (at least at the 3d Coat, if not at the level of zbrush), I see cosmetic changes along with a curved pseudo-renderer (similar to the rebranding of the internals) which seems worse than marmosset.

Sorry if it seems that I poured a barrel of shit, but I thought about it for a very long time, and every aspect of my attempts to work with 2.8 comes against opposition from the program.

I am disappointed, to be honest.

You can ŕead about the reasoning for the properties design here: https://developer.blender.org/T54951
Personally, I like the new design. It’s more consistent and readable

so that the blender could pull several tens of millions of polygons,

There is work being done to improve sculpting by Pablo Dobarro etc… See https://docs.google.com/presentation/d/1fmjdtajPzeD3ixpGIvseKMRsAzhmKC4etIE8YqacwLk/edit#slide=id.g4f96fdc4c2_1_5
It will probably come in 2.81 or 2.82.
2.80 itself is meant to be a solid, stable base for upcoming features.

which seems worse than marmosset.

Yeah - that might be because marmorset is a mature renderer with money behind it and a lot of developers and has been developed for several years and Eevee is completely new. It’s not even released yet… give it some time. There is impressive stuff being done with Eevee already

I have the impression that someone from the side, someone who shoots a bunch of video tutorials and sells his add-ons with a huge mark-up, began to whisper sinister mantras on his ears and damaged the mind of the developers

something essentially? I wrote my arguments.

In addition, the rotation of 90 degrees would be suitable for mobile applications, but not for the computer.

In general, when I read the link given to me, I see that the developers broke the bike, which worked well, and try to justify it by making the work even more inconvenient.

Even in this simplest example, it is clear that in 2.8 the names of the panels and the elements in these panels are not in the same column, and this foolish void appears. I hope that everyone who defends this will only get newspapers with such a terrible design that they break their eyes about them.

However, in 2.79 these elements are located on the same line, everything is clear and understandable.

This is just what catches your eye.

Why do I make a parody of the Adobe Dreamweaver from the interface of the program (because it is there that such modifications will be in the subject), it is not clear to me.

About the sliders, I also said.

I do not know what is wrong with people who protect such errors, which simply hinder the use of the program.!

2.8 is a mix of photoshop, modo and maya, that’s why the ui is a mess.
That one column and stuff aligned on the right it all came from modo and maya.
But you better stop crying, they will not change it. We’ve been there.

I’m wondering exactly what it is you don’t like about 2.8, considering that, to me, the design paradigm they’re leaning on isn’t vastly removed from the standards set during the 2.5 redesign.

It’s still the same basic layout. You have your modal toolbar on the left, the 3D grid takes up the majority of screen real estate in the center, and the outliner and properties panels stacked vertically on the right. Yeah, some things have changed, and there are some nits that could be picked over some of these changes, but it’s still 95% the same.

Aligning the labels next to the values might be kind of ugly if you stretch the panel out like this (which i don’t know why you should do that), but it makes it clearer, what labels belong to what values. It’s a trade off.

But you better stop crying, they will not change it. We’ve been there.

May I have a link where you and others also cried on this topic?

Can’t remember, several threads were closed here because of that. lol

There’s no way out, just brace for impact, 2.8 will be released in july.

Hmm, apparently it was very hot there. Medal for the shutter speed and the spent keyboard resource will be?

I am starting to strengthen my chair with refractory ceramics.

@Sorda @Regnas You two are a match made in heaven

Is there some advantage to stretching the properties panel out like that? The only reasons I can think of is that you want deep, granular control over your properties sliders, or you just really like Houdini.

Man, this is. Except as a mistake, I can not call it. Moreover, it begins to manifest itself at the “usual” arrangement of the panels and this emptiness is an example of a poor designer.

I wouldn’t say it’s poor design, considering it was never intended to be used in such a manner. It’s designed primarily to be displayed in a thin, vertical strip, allowing for more space for the 3D grid. Stretching it out does reorganize some options to take better advantage of the space, but it’ll never rearray itself into a horizontal layout.

There was a nice project to fix this thing, too bad it was culled. 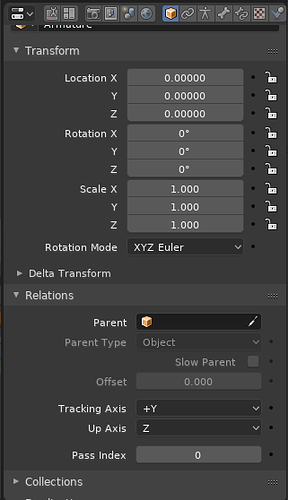 Hello! Having the text align to the left (including for checkboxes) makes it easier to scan for languages that read left-to-right. Additionally, it brings the clickable area closer to the center of the screen in the default layout. I don’t see any...

Hell, this is what would remove the degree of negativity from me towards the new version (although the reversal of the panels is still idiocy).

In general, this attitude to users does not end with anything good.

I hope to fix it all by June … maybe … in a distant galaxy far, where Roosendaal will make a movie about Jedi Lucas.

In addition, what the hell did you need to drag these panels across the screen damn ?? !!!

the reversal of the panels is still idiocy

This project did more than that.
If you scroll down a lot in that thread you can see how it would work.

Stuff like that, and more… no waste of space.

I like that. Much more than what I see at the moment. Is it really impossible to make this setting?