Now I sorta hit a wall and probably listening to some feedback might help me. Deadlines are closing in I hope I have enough time to finish :S

My inspiration is this trailer of FFXIV.
I want to recreate the fight scene on that riverbanks and hoping that my still image can still deliver that adventurous emotion I was feeling and inspired with when I saw the clip for the first time.

Due to limited time provided, I’ve decided to use the Warriors of Light from FFIII instead since that game is a classic and I believe will entice the nostalgic feeling of the old-school gamer audience of Blender community

(rather than the newly-released FFXIV)

My progress…I can say I’ve done like…75% of the final scene.
All four warriors (Luneth, Refia, Arc, & Ingus) is finished, along with their weapons.
All textures is handpainted and I couldn’t be bothered with sculpting some details since they won’t take up much of the final scene. (I did get carried away while painting their faces though lol)

The enemy, I chose Nepto Dragon, which if you happen to play the game, you’ll know he is almost unbeatable in-game.

Still not sure, if I’ll keep him since he is made using ZBrush (for the normals & texturing only though). I retopo-ed him in Blender though :s I guess if that’s unacceptable, I might have to make another monster from scratch q_q

Background-wise…I still need to create some vegetations to crowd the screen a bit more.

All textures are from CGTextures, hope that’s allowed in the competition. Might change the sand texture a bit…right now it’s a little too grey (at first it was going to be covered by water, but fluidsim got wacky lol) 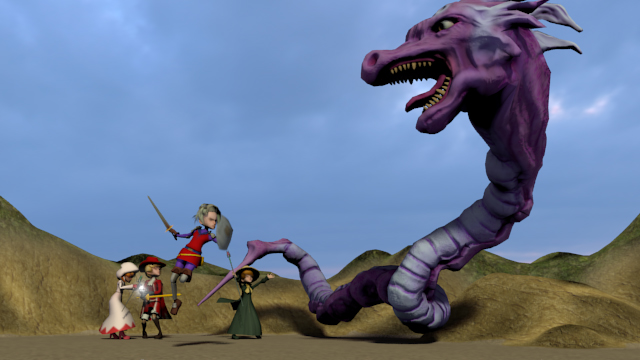 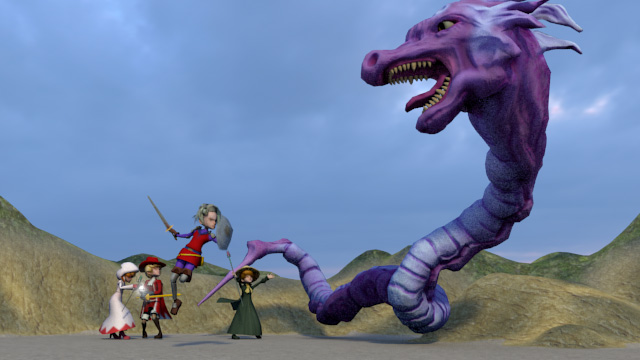 might used the raytraced ones…not really sure why both are different though even with same light setting (1 sun lamp)…I might need a hemi for the approx. gather…I’ll check to see how it looks with the water.

ATM: rendering the water, and might leave it overnight lol

Nice work until yet, wating for the setting. =)

My focus points are:

I’m a bit feel sorry that your four heros are pushed behind. The should be more in evidence i mean there the Heros

Your Monster and his conqueror they have no dirctly eye contact.

I agree with a change of perspective will make the image look better. I also change Luneth’s poses. Here’s what it looks like right now 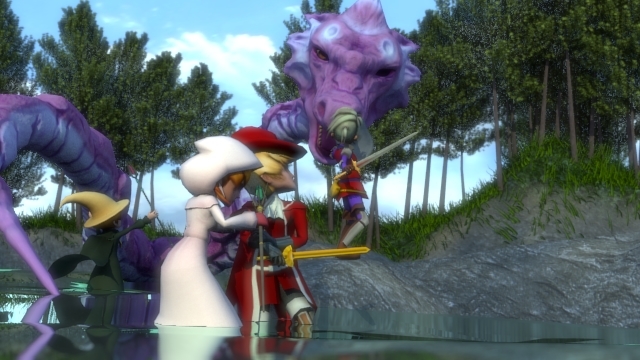 I also gonna change the dragon since he is made using ZBrush to avoid disqualification.
I’m going with Marlboro from the original trailer lol 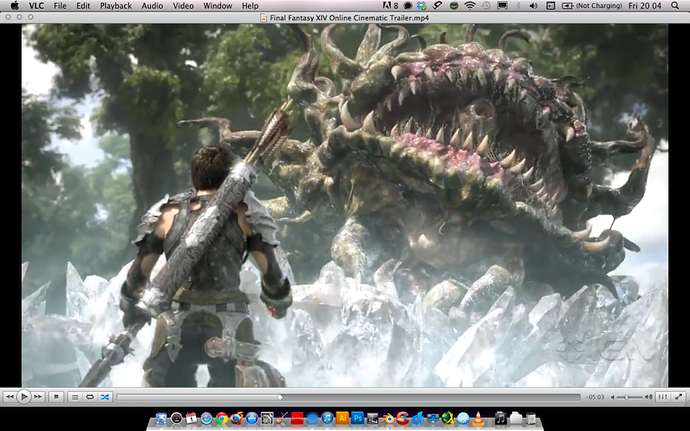 using this base sculpt, isn’t he cute? =D

Loving Blender sculpting atm over ZBrush over the fact that I don’t need to retopo I can just rig my basemesh :B

Malboro sculpt is done! Texturing still need some work and…currently idk how to further improve the scene, so all feedbacks are welcome!! Don’t hold back on the harsh critics, I need them badly :B

I hope I have enough time to crunch in the last-minute tidbits :S