Hey there,
I made a rock and textured it with a set of procedural textures, spec maps, bump maps, etc. Then I went and tried to import all the textures into a new scene so that I could use them on a large number of rocks. The problem is that although the textures show up as having imported and the settings look right, nothing happens in the render. The textures might as well not be there at all.

You can see in the attached pictures how the stripey/bumpy texture is supposed to look. Then, there’s the imported version which looks like it was made of cheap plastic. What’s going on here? Did I mess up the import somehow? Did I leave an important box unchecked? I’d be grateful for any advice. :yes: 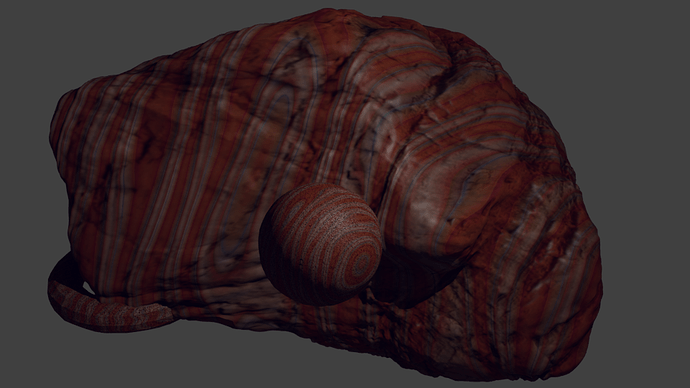 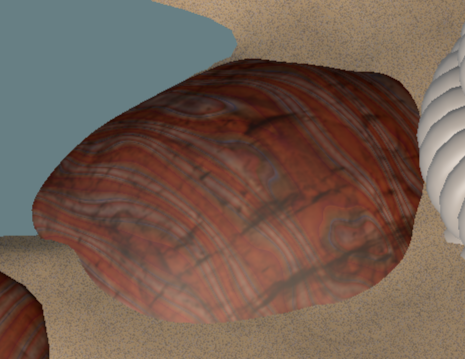 Well, those materials look different because the material / texture settings are different. I didn’t browse through every setting, but here are the ones that came to my mind at first with regard to the “plastic” look: 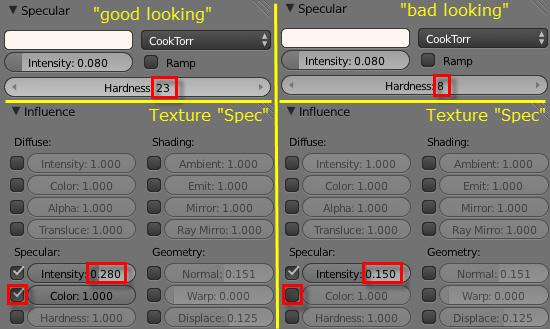 The hardness values differ, and the texture map called “Spec” affects the materials differently. Can’t say where those deviations come from. Most likely you played around with those values and forgot to switch them back?

Object scales are different too. “Good” rock has a scale of 4.104457, and “bad” has 0.112884.
That affects how textures that have generated mapping appear. Probably also how visible intensity values are. 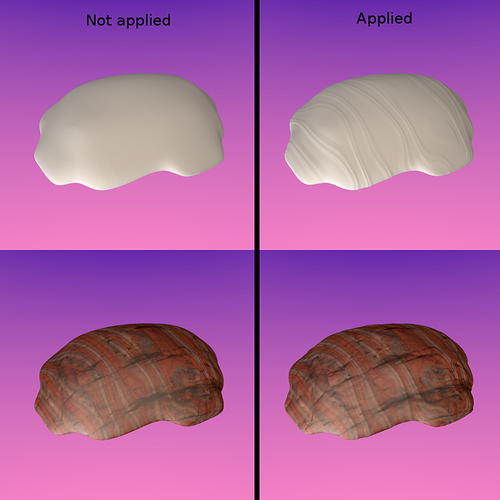 IkariShinji–
I fiddled with the specular values when I was trying to see why the spec map (let alone all the other maps) wouldn’t work, but none of the changes made any difference. If you look at the rock in the ugly scene, you can see that the spec map basically isn’t doing anything at all.

Thanks for looking into this. I’m actually surprised you caught such a slight change in the settings; sharp eyes.

JA12–
Gosh, I didn’t even think about that. Well, hopefully this will fix the procedural textures, at least.

I’ll try applying the scale on all the rocks and see if that helps. But of course, that still begs the question of the other texture maps.

As you can see, both materials look identical in this scene. Which leads me to the conclusion that the different perception in that other scene may be caused by the entirely different lighting situation… Nothing but the good old interdependency between lighting and texturing: Different light means tweaking materials. And of course JA12’s find about the scale!

BTW: The second attachment is your “bad rock” with JA12’s scale applied and the material deviations I found corrected… 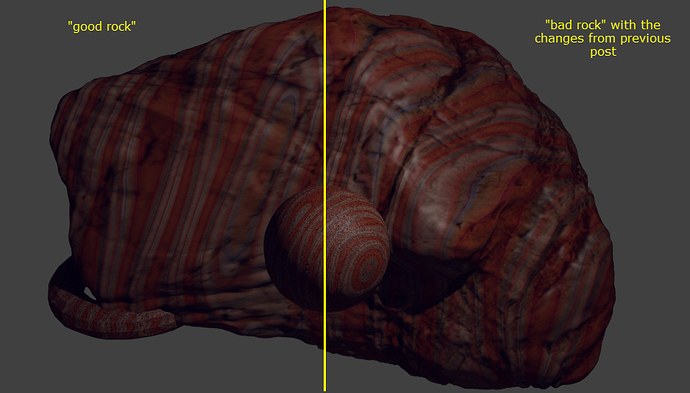 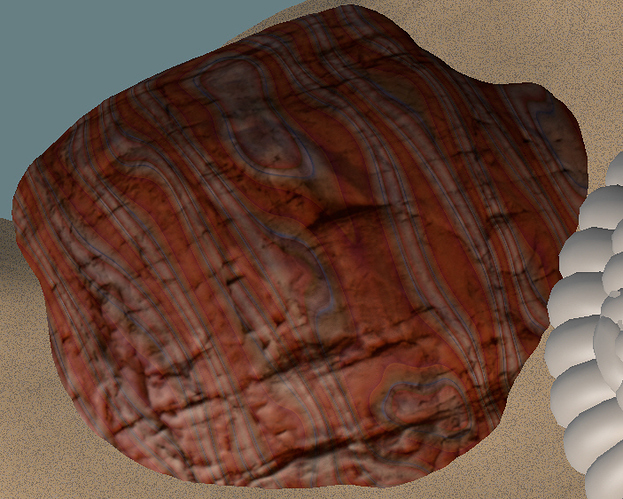 Wow, I’m just flabbergasted that lighting and scale could make such a big difference. Looks like the next step is to tweak.

Thanks, thank, and triple thanks, guys! ^^ It’s a real relief to know what to work on.