Importing Illustrator shapes, and converting to a usable form in Blender

Hello,
I am fairly new to Blender, but am excited to dive into the vast realm of possibility. My question is hopefully a simple one. I am used to using Illustrator for creating shapes, as I have familiarized myself over time to its features working on posters and T shirts. It also has the handy option of converting hand drawn pieces into vectors, which can be easily edited with the bezier curves.

I would like to take advantage of all that, and import shapes created in Illustrator to Blender. From what I have read, I would save the Illustrator file as an SVG to import it, and I have done this. I notice 2 things when I do this.

Is it possible to import, or to convert and imported Illustrator file to be extruded as a single face?

I have included an image of the problem I am encountering when trying to extrude one such face. Any suggestions would be immensely valuable. If you just want to add thickness you can just extrude all those faces at the same time, it would give the same effect as having one face.
In this case you cannot have just one face, you cannot have a face with a hole in it, you would need at least 2 faces 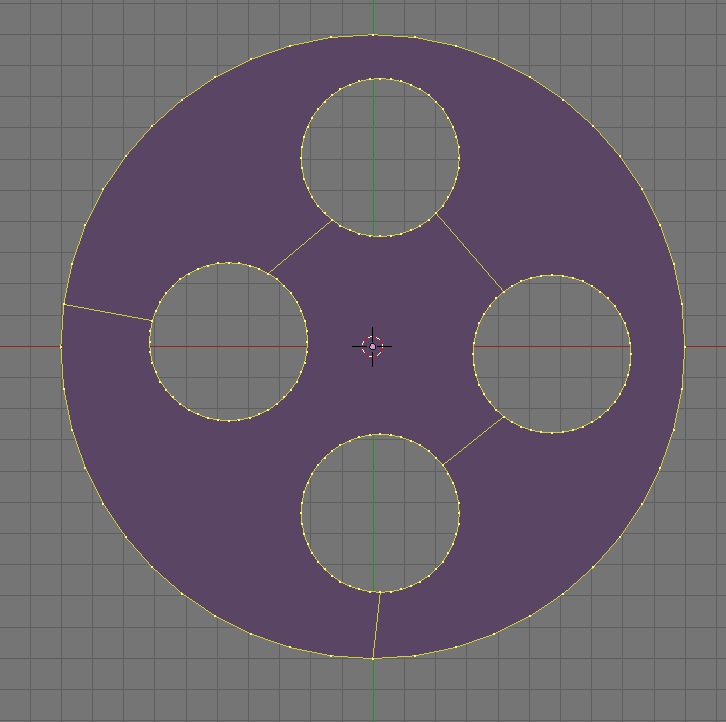 Tools to use
Select edges and W / Limited Dissolve
Select two vertices and press J to connect them
Select an edge and X / Dissolve Edge (This will give an error if it would create a face with a hole in it)
Atom (Atom) April 25, 2018, 8:02pm #3

Garbage in equals garbage out in this scenario. So make sure your Illustrator work is top notch or you will be fixing it in Blender later. Some Illustrator features will not import at all like gradients across shapes, un-outlined fonts etc…

Also, unless you really need to convert to mesh, don’t. Just leave it as a curve for future changes to extrude or bevel.

After I import a SVG shape I type S10ENTER to scale it up by 10x.

thank you for the good suggestions!

Extrude is part of the data context of the curve or font objects.