So here I’m trying to make a 90s CG looking animation with some visual twists. For this project, I try to make roads that resemble the courses IRL (by completely remaking mountain passes from japanese arcade games). Everything, except the textures, has been made from scratch. I try to make the cars with my own twist put on to them. Initially that was more prominent but as I remade some cars I tried making them resemble their real counterparts more. The renders supplied here show parts of mount haruna and usui pass. There are some glitches, issues, and inconsistencies in the renders. I have animated alot of the battle at mount haruna, and even rendered some, but when i remade the R32 I didn’t re-render much, so I’ll supply the animations later as I get freed from exams and work on it. I’m also planning on ditching haruna and attempting to remake a section of mount Otarumi, since It’s shorter so I can focus on detail. I will also try to test out eevee, do some exploring and play around with it, and see if it’s suitable for this. This is my first post and I’m very new to this community. I’m not very experienced, either. I’d love to hear your criticism. thanks

Oh yeah, note: the animations are inspired by battles I had in Assetto corsa, not the show. 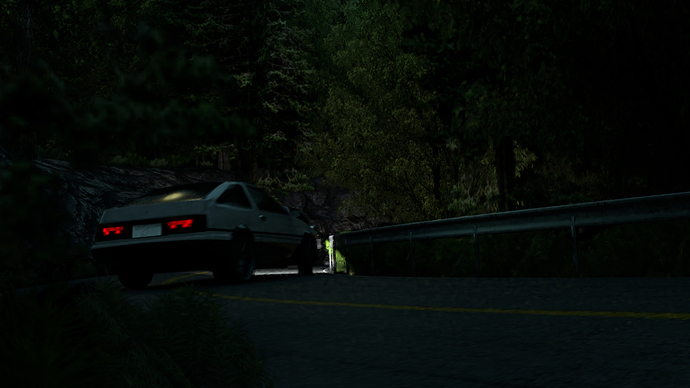 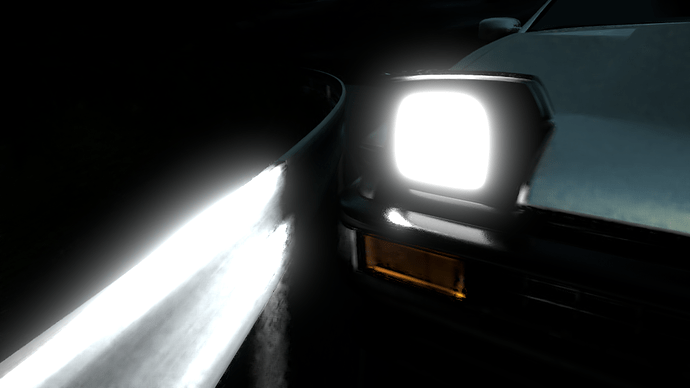 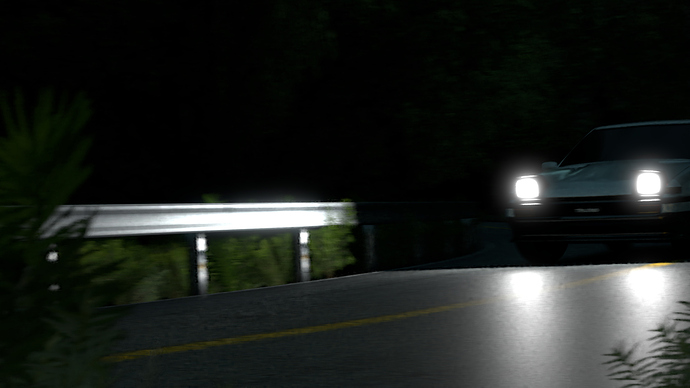 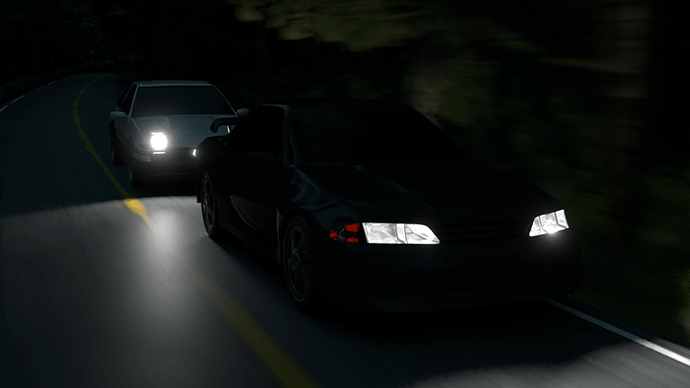 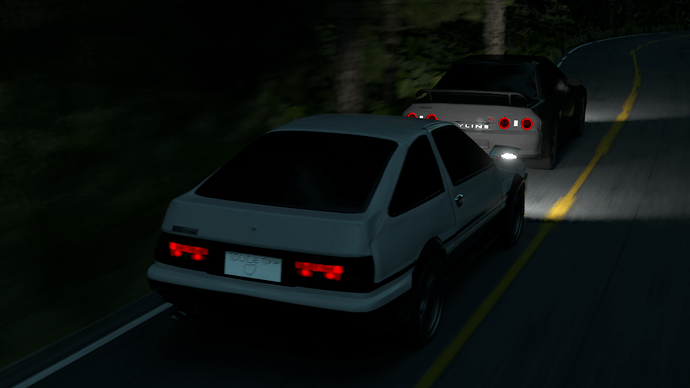 baka2.png1280×720 475 KB
here’s a way earlier and older render with some older models (like the r32) and materials (under that render is a link to a longer version):