I tried to replicate Default cube tutorial on geo nodes and built on it with drivers to make it mine. the next screen shot shows the original nodes to scale with attribut variable in the point scale node. 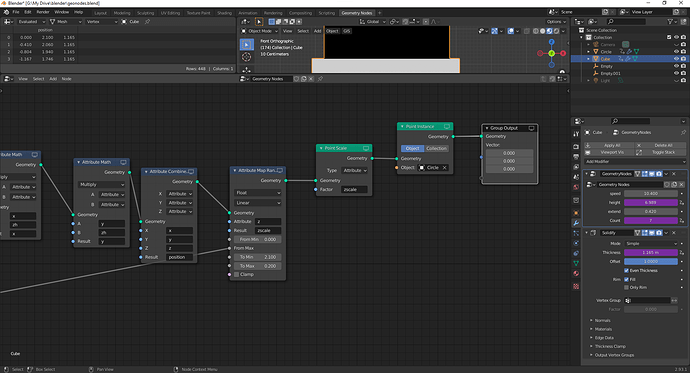 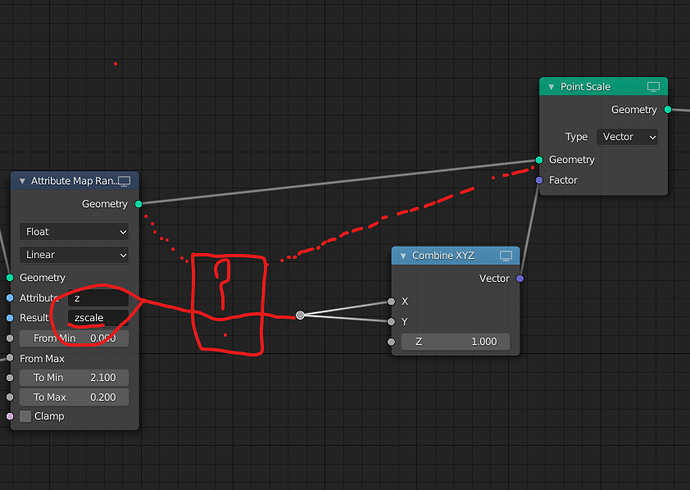 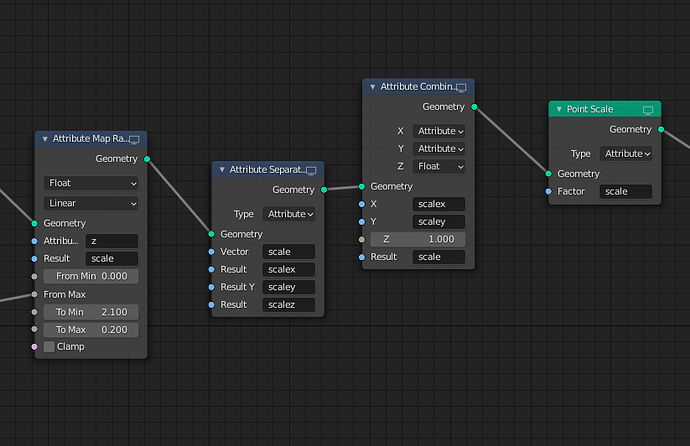