Hi all,
Thought I’d share my latest project, a reconstruction of the International Space Station (ISS), the largest man-made object in Earth’s orbit. The model isn’t 100% accurate, but it was thrown together quite quickly as it has a small role in a short film I’m working on. It’s not 100% finished (still some bits and pieces to add here and there such as the Canadarm and several ESPs, as well as the exposed section of the JEM and a proper Zvezda module to replace the placeholder one), but until I have more time to work on it I’m happy. I’ll probably eventually do some more texturing work as well.

Hey, someone I remember from BA!

I love the details on the model! Sure it’s not 100% accurate, but it looks really neat.

if you need details NASA has a 34 meg file 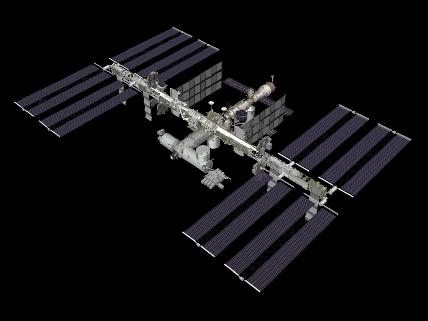 A very high resolution model of the International Space Station in many parts. The download includes an image of the final configuration. This model is provided in its original Lightwave format, which preserves the configuration of the component...