take a look at the pics below vs. my render - I think I’m about 40% there but there are obviously some shader tricks I am missing, and I have tried a lot of stuff already (many different ramp combos that came even closer than the posted version, but none looked “dark” enough like the one below. I know about the many deficiencies of the model (legs need work, no eyes, head in the wrong position etc. etc.) that stuff will come later. for now the point is to learn more about nodes and faking this awesome material, hopefully it can be done. I’d be shocked if it couldn’t.

I will email the .blend file for anyone who wants it, just don’t steal my beetle!

some things specifically - I need to know more about environment mapping, because I had planned to use HDRI but that is only supported by yafray correct? I had also planned on using yafray dispersion but obviously that doesn’t work with nodes. I also need more textures (for spec, reflection etc) and I will be UV mapping, and making slightly different textures for the legs and body sections. right now I am just trying to get an approximation to base the other shaders off of.

a few things to notice: I might be satisfied with a realistic green-to-blue-to-black ramp effect (sort of like what I’ve got) but ideally I’d like the reddish tint from the spec/reflection as well, shown in many of the images. also any suggestions about randomizing fine, transparent static hairs on the legs or simulating the glass-like coat on the legs would be appreciated. Right now I think the surface is too bumpy, and it has no colors in it except green and black (I disconnected the ramp I was using for the blue). 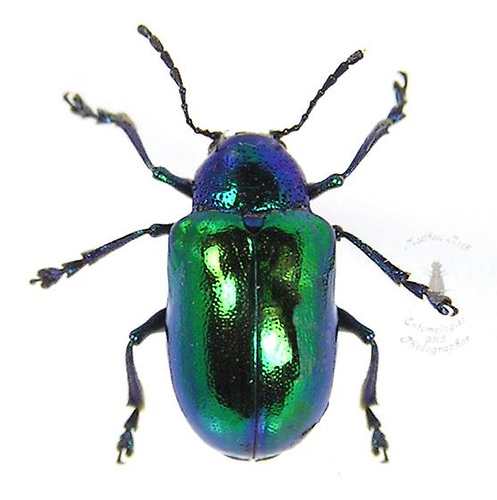 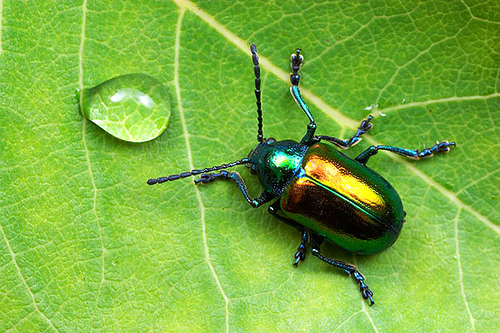 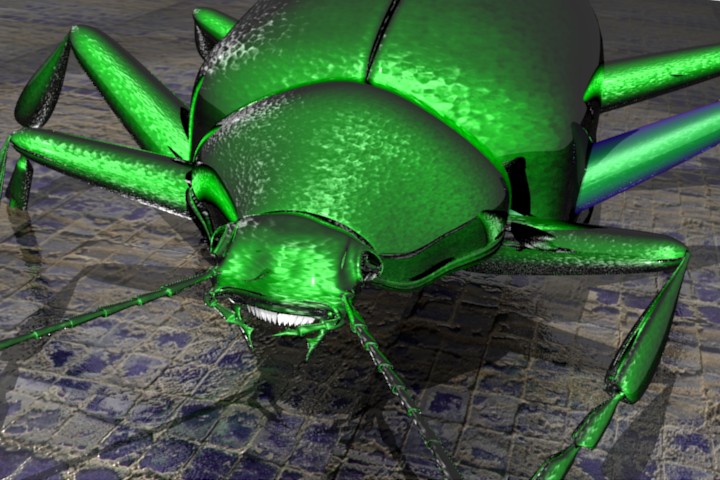 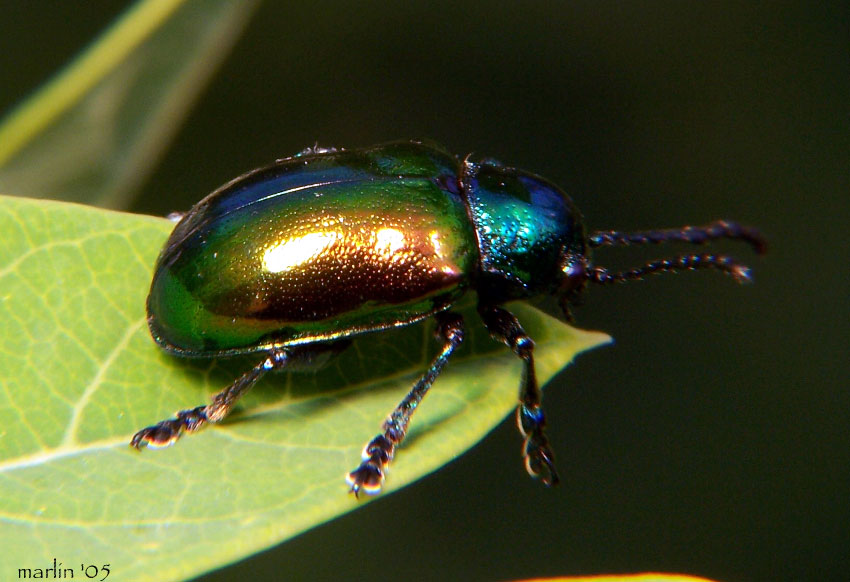 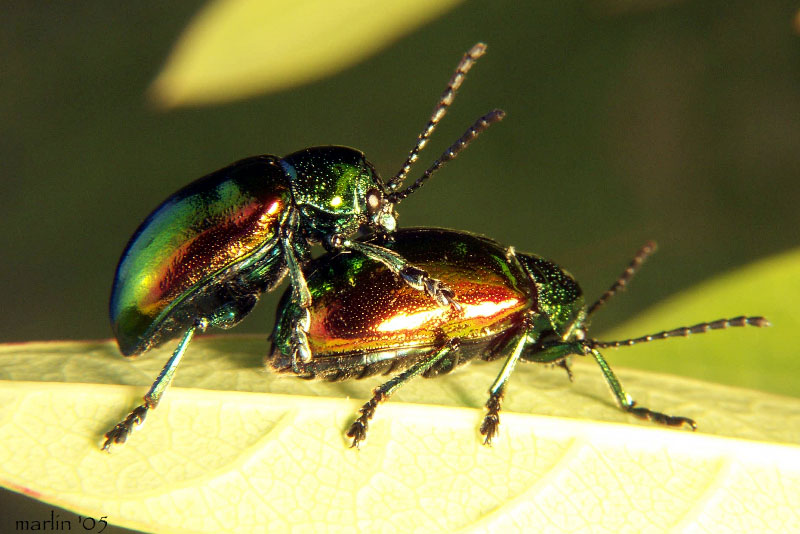 Excellent idea for a node material

I gave it a try, but didn’t manage to do anything great… my idea was to map a texture to the specularity, so that you have the “glassy” look of the beetle’s shell.

I’m out of time at the moment, can’t tweak any more settings :o, but here is a screenshot of the settings I made, along with a render of Suzanne the beetle monkey :rolleyes:.

Anyone else have any ideas? 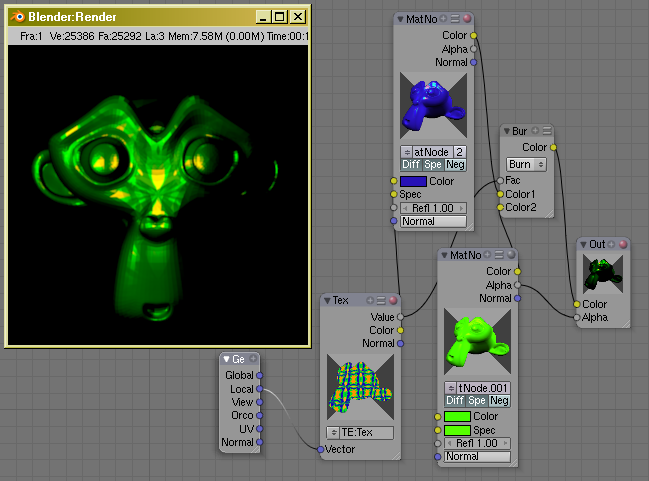 I hope this turns out something:)

nice job, if I combine your node work with mine we should come up with something. good idea about the spec, I need to learn more about all the node IOs, like what does that “local” node plugged into the texture “vector” do? in my node tree I simply mixed a non-diffuse glass shader with a base ramp shader in add mode, but I like the look of yours better. unfortunately I’m going out of town but I’d love to play with this some more. I hope more people give it a shot, I think it could turn out pretty useful for everyone

According to Percival’s setup I suggest you add some red in there too.
This one is really difficult because it looks different in all angles.
If you look at the first picture you can set green for the material and a blue ramp shader.
But then again how will you do the red that is clearly visible in the shots from the side.
And by God, is that beetleporn?
P

Upon observation of those photos posted, it seems to me the underlying material should actually be very dark blue or black. The greens, purples, reds all coming from the sheen on the shell and the light sources of the surrounding environment. I would say that the desired result will come from a combination of properly setting up ramp shaders, reflection, lighting, and environment with a very dark material.

Interesting I just realised you could set up lamps to only light the insect and get fairly close to what you want. I don’t know how to account for the changing camera angles though…

what are the settings for that material linked to in the first part of the node chain?

you might want to ask dannybear how he got his car shader in his image, it could inspire you:
http://blenderartists.org/forum/showthread.php?t=77979

I have not tried this, but I think you would have to get the zdepth of your beetle, then have a gradient for the zdepth. Meaning the light sections would be White if for specular light, Yellow, Red, then Green for grey, and Blue and Purple for the almost black, and Black for black. What do you think? I may try this later…

And mabey have depending on the light that is shining on the beetle have that effect the gradient level?

power3d - I don’t know how to go about setting that up, but I’ve been getting good results with my recent tests with nothing more than nodes, ramps, and material combos. If you get something sweet please post it. you can fake something like that with two different ramp materials one set for energy and one set for normals

I will work on it and get back to you…

Ummm…I wont steal the beetle …but can I steal the shader ??

Okay, here is my attempt. I’ve looked at this too long, now every time I try to tweak something it gets worse

The only real successful part is getting colors to map around an object. I still don’t understand the normal node. I need a good tutorial on what the normal node does and how it can be used… Oh yeah, I also got reflection mapping to work - it is supprisingly difficult!

Here’s a render and a Blend too

oh man I know what you’re talking about, I literally just came back here to check something and every test I do starts looking worse and worse. I will post my results in a second they’re not so bad really. been a couple of hours though… and each one of those reference pictures makes me realize how I’ve failed in several ways

I think I know what the problem is - the bumps are under a clear coat, it’s almost like the shell is encased in glass. the only ways I get mixed shaders are by mixing or adding them, there doesn’t seem to be a way to “stack” them exactly. any kind of regular normal mapping projects the bumps OFF the surface, whereas these bumps are under the surface.

I definitely need a tutorial on normal nodes. really, advanced noding in general. and I called myself the node ranger.

This test is made w/o nodes. I find the material nodes nearly impossible to use, so far.

.blend if you want it. 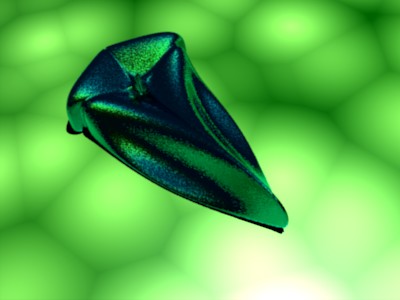 Interesting material. I have been trying this tonight I have had no luck with nodes but here is a regular attempt. I tweek and it just gets worse I think I got it and then I look at it 10 min after I render and I say that really sucks:eek:
done with ramps and blend textures if you want the .blend for a reference.
http://www.bestsharing.com/files/ms001126210/bug3.blend.html

my best material so far, no bump mapping (it’s getting all stretchy, guess I need to UV? do I need to UV with procedurals? I’ve never UV’d before). anyway it’s way too late. I need more node tuts. does bsod have new ones? I will definitely be checking them out 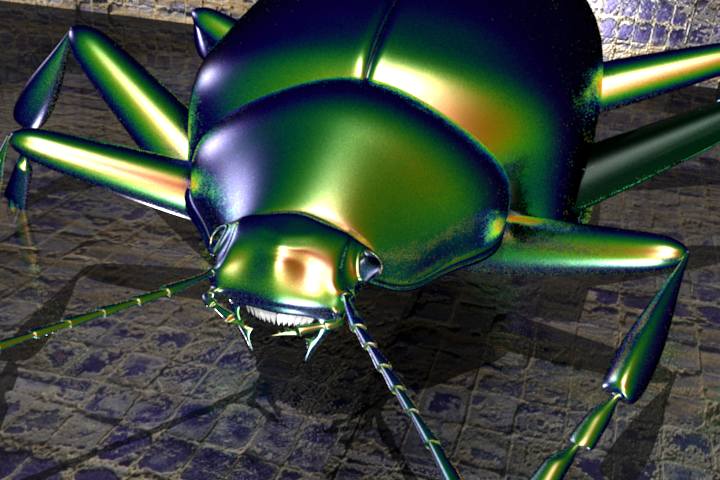 That looks allot better. I would draw a bump map and uv map it I don’t know how to set that up with nodes. I hope you will share a blend with your material so I can look at the set up. I can make some materials with nodes its sort of random for me.

I think I know what the problem is - the bumps are under a clear coat, it’s almost like the shell is encased in glass.
That got me experimenting some more. I made a copy of my mesh and scaled it up (alt-s) a tiny bit and made some clear coat. I made a video.
http://www.bestsharing.com/files/ms001126403/0001_0186.avi.html
the blend
http://www.bestsharing.com/files/ms001126407/bug4.blend.html 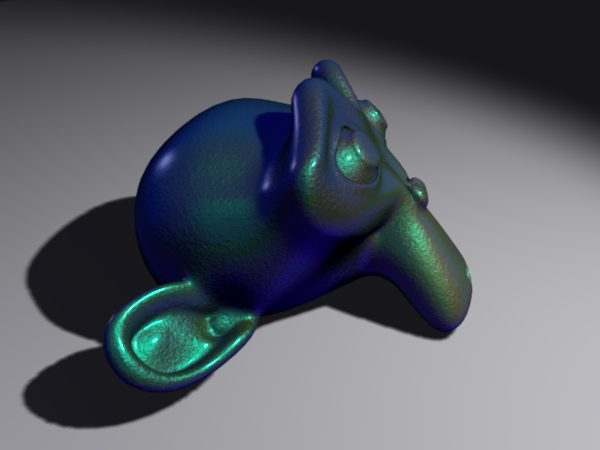 nice work! I tried the same thing but it looked like crap. lets swap .blends - you can email me at fstopdigital at gmail dot com (don’t like to put the full address because of spambots) and I will post this latest build here. I think you’re really close to the effect I want in terms of the bump-mapping. I scrapped this previous one and went back to one of my first tests for this next image - I liked the spec and darkness a lot better, plus the ramp noise wasn’t doing it for me… 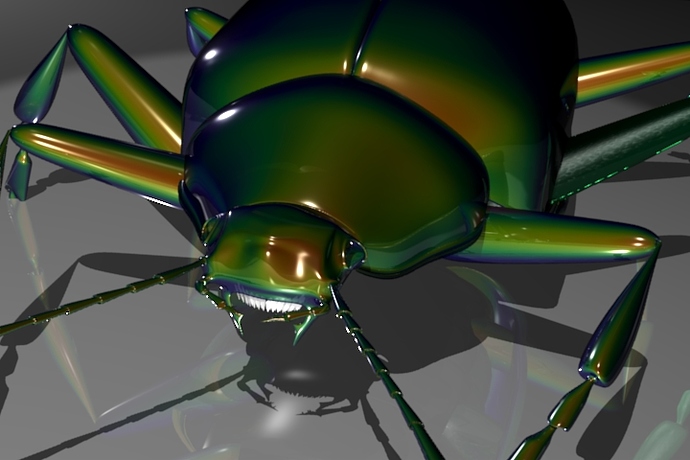